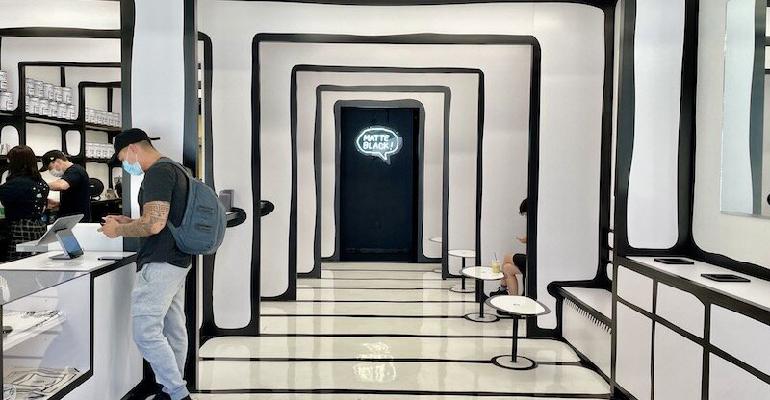 Matte Black, the cold-brew concept, was designed by comic book artist Joshua Vides with a distinctively Instagrammable décor that caught the eye of a landlord there.
Trends>New Restaurant Concepts

Imran Sheikh’s Dallas-based Milkshake Concepts operates 10 restaurants across seven brands. In the next 12 months or so, his restaurant group will more than double in size, adding 15 more locations.

Among the planned growth are splashy new concepts, like the multi-story Layer Cake Social Kitchen, where each floor has a different theme — with the Cherry Lounge on the bottom, rather than the top. “It’s meant to be ironic,” Sheikh said.

After two years of facing “fears of the unknown,” the multi-concept operator is bullish on unit growth — at least in certain markets where Sheikh is thoughtfully and carefully willing to take risks. For his mix of mostly full-service brands, that means moves into Nashville, Tenn., and the greater Miami area, as well as closer-to-home markets like Houston.

There’s no question the pandemic took a toll on independent restaurant operators across the country, said David Portalatin, senior vice president of market research firm The NPD Group. According to the group’s twice-annual ReCount census of independent restaurants nationally, the number declined by 5% in 2020.

But the ReCount census conducted in the fall of 2021 showed independent restaurants — defined as those with one or two units open as of Sept. 30 — increased by 1%, and Portalatin said those smaller operators are coming roaring back.

“Independent restaurants are alive and well and thriving,” said Portalatin. But the return to growth so far has been largely a regional story, he noted, with certain markets reflecting the rebound more than others.

Los Angeles is a market where independent restaurants are growing again, for example, as are parts of Texas (Dallas, Houston and Austin), several cities in Florida and Phoenix, Portalatin said. 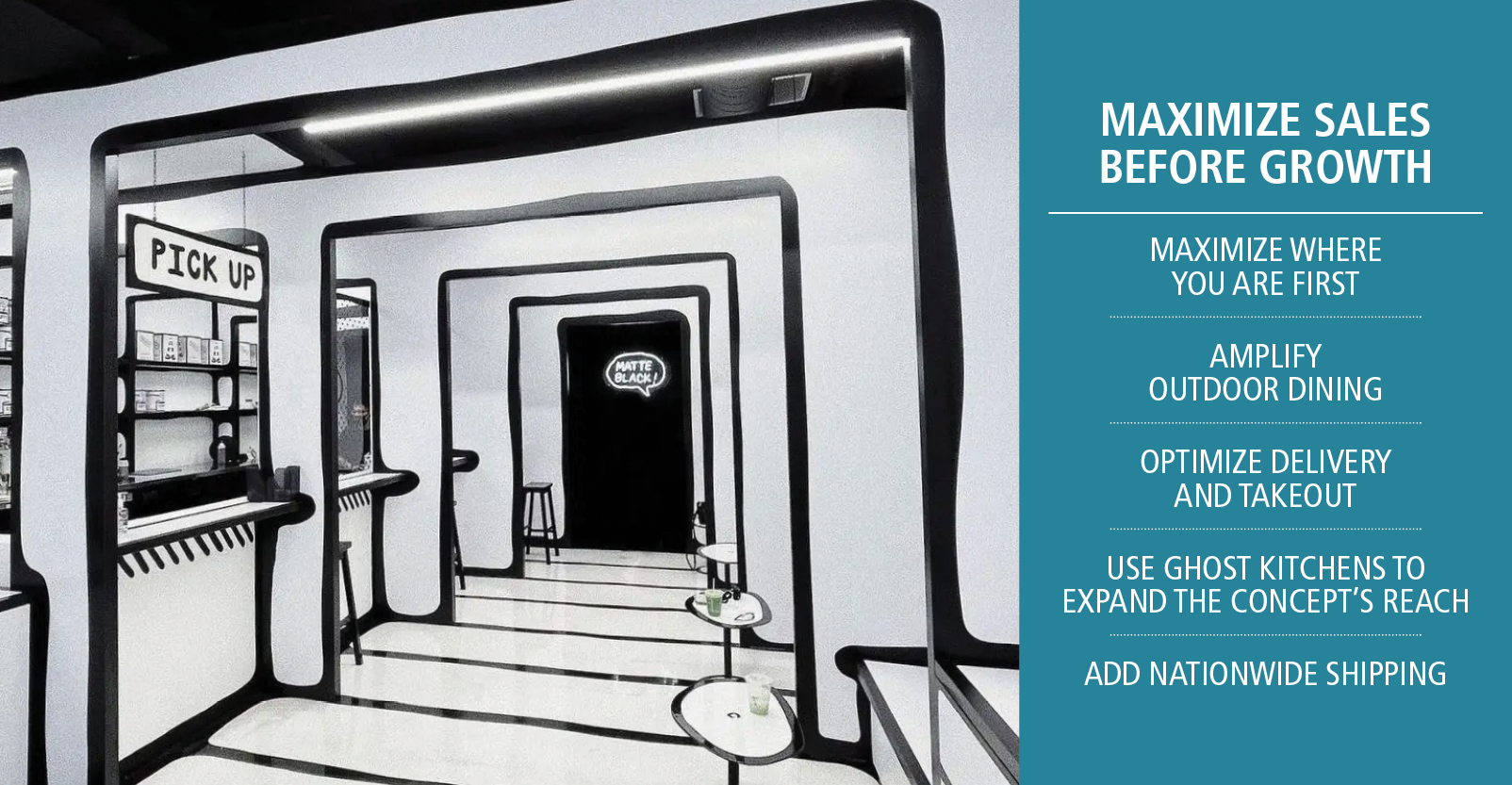 Andy Nguyen is jumping to the East Coast for the first time, bringing his high-design coffee concept Matte Black to New York City.

For prolific concept creator Andy Nguyen in Los Angeles, growth was never really off the table.

Known as a founder of the 27-unit Afters Ice Cream chain, Nguyen has been busy over the past two years launching a number of brands. Most recently in April, he was scheduled to open a restaurant tied to his Bored Ape Yacht Club NFT in Long Beach, Calif., called Bored & Hungry.

This year, Nguyen is also working on bringing a smashburger concept called Trill Burgers to Houston, and developing a food hall with several of his curated concepts in Torrance, Calif.

He is also jumping to the East Coast for the first time, bringing his high-design coffee concept Matte Black to New York City. The cold-brew concept was designed by comic book artist Joshua Vides with a distinctively Instagrammable décor that caught the eye of a landlord there.

“They had a space ready to move in, and our goal was always to hit the big cities,” said Nguyen.

Advisors, however, recommend taking a beat before even considering brick-and-mortar growth.

Steve Zagor, consultant and adjunct professor of food and entrepreneurship at Columbia Business School in New York, advises his independent restaurant clients to take in lessons learned through the pandemic to ensure their growth concept is ready to meet the needs of a new consumer.

“The days of people walking into your four walls is limited,” said Zagor. The demand for off-premises dining has remained strong, even as dine-in returns.

Sophisticated restaurant operators have learned to maximize the revenue each concept can generate before they think about adding new locations, he said.

“Let’s maximize where you are first,” said Zagor. “Once the idea is humming on all cylinders, then you grow.”

That means adding new layers that build on existing sales, he said. If they haven’t done it already, first steps would be to amplify outdoor dining, for example, then to optimize delivery and takeout.

The next layer may include using ghost kitchens to expand the concept’s reach, or adding nationwide shipping through a service like Goldbelly, he said. Then restaurant operators might consider doing popups, testing smaller versions of a concept in food halls or bringing their brand to other retail settings.

“Once your brand is working with all those tweaks, then you can say, ‘Now we’re able to move into this market or that location or this area,’” he said. “The key is maximizing the ability to generate revenue.” 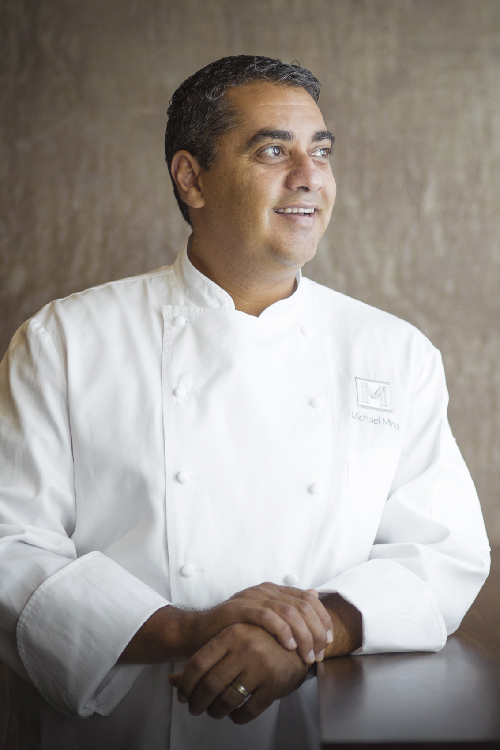 Photo: Mina Group recently announced the spinoff of a new company called TableOne Hospitality, which has a partnership with hotel and investment company Highgate to open restaurants in its boutique properties.

Some independent operators are building new partnerships for growth.

San Francisco-based Mina Group, for example, recently announced the spinoff of a new company called TableOne Hospitality, which has a partnership with hotel and investment company Highgate to open restaurants in its boutique properties. Highgate’s portfolio includes hotels such as the Hotel Figueroa in Los Angeles, The Newbury in Boston and The Knickerbocker in New York City.

Patric Yumul, former president and co-founder of Mina Group, said the relationship is not exclusive. TableOne will look to work with other partners also.

But the move will allow talent within Mina Group to grow outside the shadow of chef Michael Mina without leaving the family.

“What’s tough is when you’re trying to cultivate and grow talent — especially culinary talent and creators and makers — and ultimately, they want to go off on their own to break out of Michael Mina’s shadow,” he said. “So we wanted to create a company that would help them grow their businesses, utilizing all the skills and tricks of the trade, and be able to build a platform where they can stand out on their own.”

Other small operators, like Mici Handcrafted Italian, based in Denver, have turned to franchising for growth.

At six units, Mici signed its first franchise deal in September 2021. Now the chain has 58 locations in development in Arizona, Texas and Michigan, in addition to two company-owned locations expected to open in 2022. 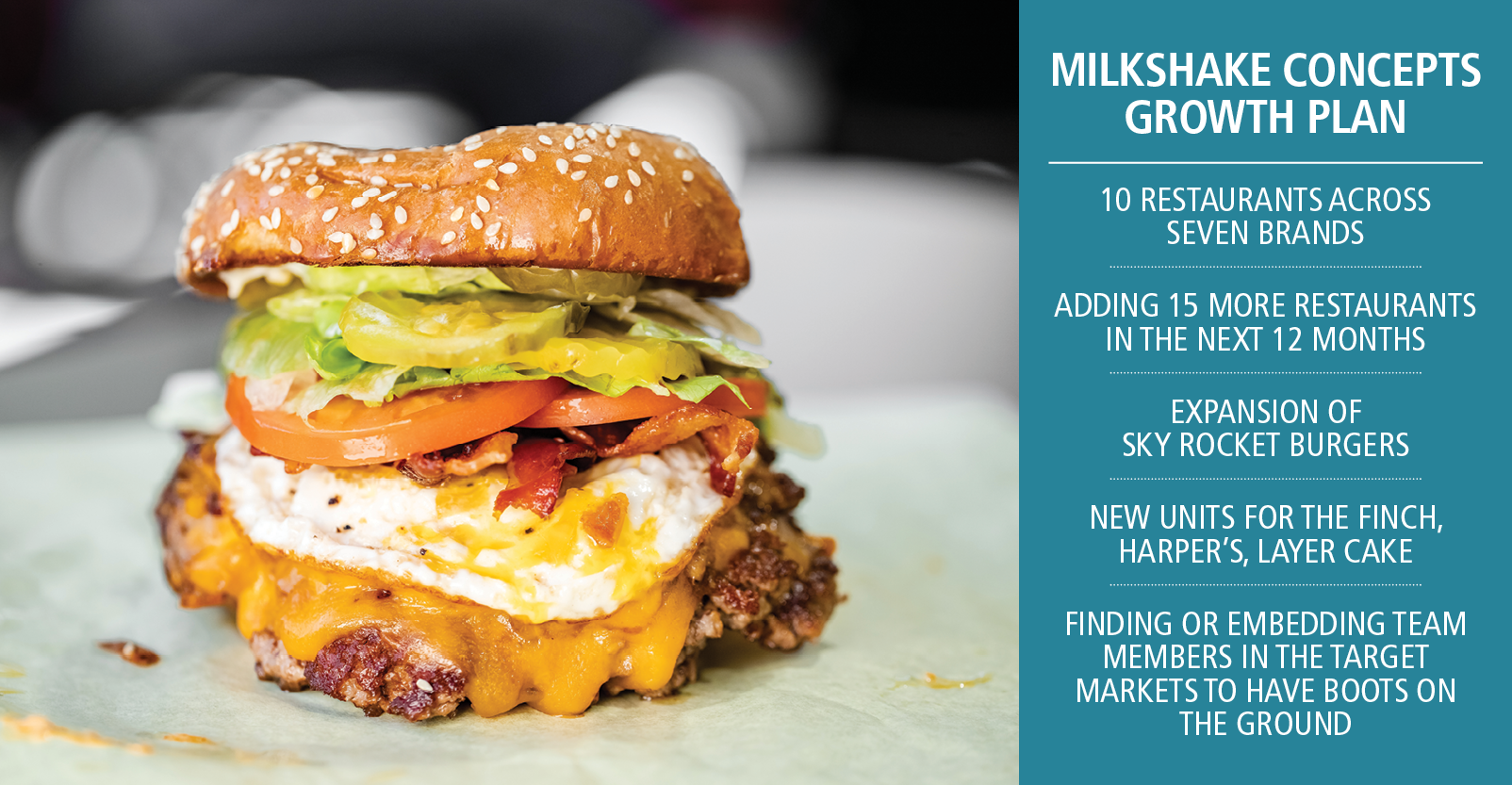 Sheikh in Dallas has one brand that could take the franchising route — the smaller-footprint, limited-service Sky Rocket Burgers — but not until the company grows it to at least five locations to really understand the brand, he said.

For Milkshake Concepts, the group’s success over the past two years despite pandemic-related restrictions has given Sheikh the confidence to put his foot on the gas pedal for unit expansion. That success has also helped the group clinch deals, he said. 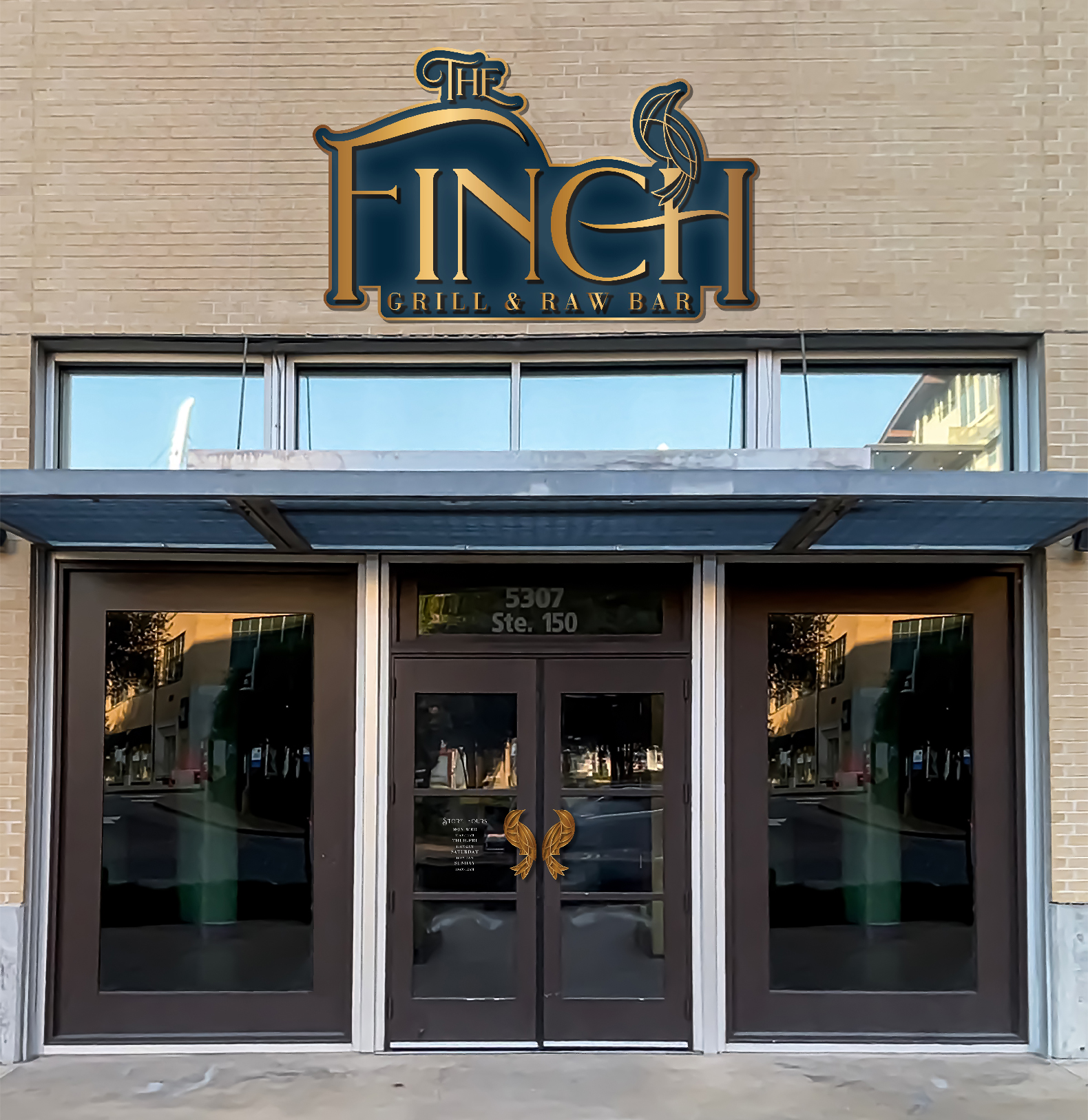 This year, Milkshake Concepts will debut the new concept The Finch, a modern American restaurant and bar.

Many predicted pandemic closures would supply a bounty of real estate opportunities, but Sheikh said that hasn’t been the case. Rents are still top dollar and operators are competing for the best spots.

“What has changed is that landlords, banks, investors are looking for who made it through COVID well,” he noted. “They’re looking for who showed themselves to be tenacious, resilient, adaptable. And they believe there’s longevity with that operator.”

This year, Milkshake Concepts will debut the new concept The Finch, a modern American restaurant and bar, in Dallas, with two more scheduled in Grand Prairie, Texas, and Nashville. The group’s Harper’s concept will also debut in Nashville, along with the multi-floor Layer Cake, which will be the group’s largest project yet in terms of both size and investment.

Florida is next, though Sheikh notes that he’s not “just throwing stones and hoping they’ll land in the right place.” The group began plotting their growth path before the pandemic and is finding or embedding team members in the target markets to have boots on the ground.

There’s no need to jump at every opportunity.

“There is a bountiful number of projects that have come across my desk that I’m not willing to take a risk on,” he said. “We’re saying, ‘Let’s go into markets where we can see the traffic exists today.’ We feel comfortable that a restaurant doing well today, honestly, should be doing even better three years from now.”