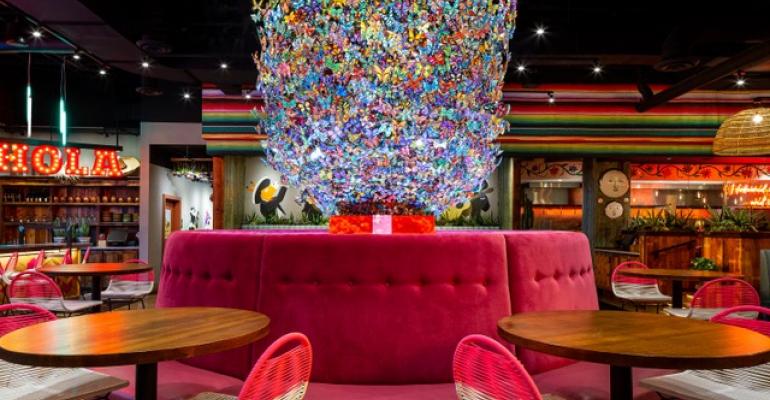 Francesca’s Scott Harris rebrands with a new name — his own

Now rebranded as Scott Harris Hospitality (SHH), Harris’s team will keep its Chicago flagship Mia Francesca pretty much the same — “a bit of remodeling, but we’re not touching the food, we’ll keep it the same,” he said. But for the other 23 restaurants under the SHH banner, expansion is coming for its core Italian, Greek, Mexican and gastropub brands while two new concepts will open this year:

Harris opened Mia Francesca on February 13, 1992 on the 3100 block of Clark Street. Named for Harris’s first wife, the single location grew to dozens over the next three decades, including two snowbird spots in Arizona that closed in 2009 at the height of the Great Recession. A Davanti Enoteca site in San Diego is the firm’s only location outside of Illinois for now, located where Harris’ second wife and family live.

After 30 years in Chicago’s restaurant scene and time to think during COVID-19, Harris and his team see new opportunities in out-of-state markets the former Francesca’s operation probably would never have tested.

Harris recalls a conversation with longtime Chicago restauranteur Rich Melman questioning Harris’ decision years ago to operate restaurants at opposite ends of the country. “He said, ‘What are you doing? Start close first. Make sure it works in Wisconsin, Milwaukee and Indianapolis’” before wider expansion. But Harris notes a changed restaurant marketplace and the growth of youth-oriented destinations in cities like Indianapolis, Dallas, Charlotte, Nashville and Atlanta have redefined fast-growing metros ”on fire” for new restaurant concepts.  SHH will target those markets over the next five to seven years with existing and new concepts.

SHH confirms that gross revenues for the old Francesca’s group stood at $40 million by year-end 2019 and finished 2021 at $60 million (the company would not disclose 2020 revenues, noting its operations were shuttered most of the year). By year-end 2022, SHH expects gross revenues of $84 million based on the addition of the six new locations for existing brands (separate of results at RJ’s Seafood and Chez J).

Harris’s new team include 15 investor/partners he will not identify publicly, though Harris himself, executive chef Jaysen Euler and general manager Kevin Roskoskey are named partners on the SHH website. Harris confirms that three other SHH chefs besides Euler — Jonathan Beatty, Dudley Nieto and Guillermo Tellez are chef/partners at SHH.

Harris went through a well-publicized legal dispute with partners in the James Beard award-winning Purple Pig restaurant, which SHH confirmed was settled in 2016 and has no connection to the new company.

For all the difficulties recruiting kitchen and server help during the pandemic, Harris notes that it has actually been a good market for recruiting up-and-coming management and chef talent.

“It’s changed our whole HR perspective,” he said. “You couldn’t get a top-level chef or GM two years ago. Now the closings and layoffs have made those top people easier to find. But now you can’t find a dishwasher or host — we’re definitely seeing a whole new culture of employees at the entry level.”

Preparing for a full industry restart

Harris, 60, thinks “it’s time to freshen up” his operation even as pandemic waves continue.

During the first two years of COVID, the company closed three Chicago-area restaurants to reach its current store count of 24. Harris credits federal pandemic aid with keeping his operation going, and the restaurants supplied food to staff as well.

“The government got us through. In other countries, there wasn’t this level of support. We’ll see what it costs the next generation, but it saved a lot of businesses,” Harris said.

Changes in customer behavior are also shaping Harris’s reboot in real time. Carryout/delivery — accompanied by packaged alcohol sales in markets that permit it — have grown across all age groups during the pandemic, and Harris doesn’t expect that trend to retreat once the pandemic subsides — “people have gotten used to it.”

That’s why as new stores open and existing locations refresh, SHH is rethinking space for carryout/delivery even as it plans for a more consistent return to dine-in.

“I’m taking out coat rooms because that space is going to be needed for computers, phones and getting meals ready for the delivery services,” Harris said. Immediately after two of his recent Chicago-area openings — Zadies Lounge and Fiore — teams “got blasted” with carryout orders and had to adapt quickly. Permanent positioning of carryout/delivery in restaurant genres where it’s never been a key focus is “something we have to really consider.”