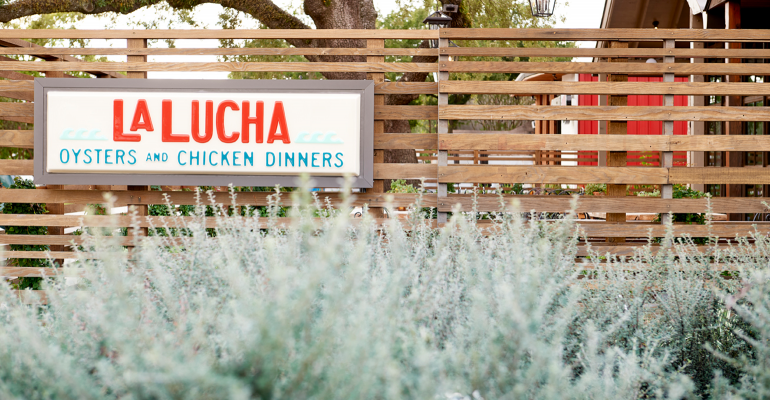 Next up, Nashville: 3 more restaurants planned there next year

Atlanta-based restaurateur Ford Fry is expanding his Superica brand to his hometown of Houston in a dual-restaurant space with the new La Lucha, a more-casual variation on his upscale State of Grace concept there.

The move is a prelude to the chef’s plans to open for the first time in Nashville, Tenn., next year. Fry has three restaurants planned there, further expanding the multiconcept group that operates 15 restaurants under 11 brands, including Jct. Kitchen, No. 246 and King + Duke in Atlanta.

Most of Fry’s restaurants are one-offs, but the chef is growing the casual and artfully designed Tex-Mex concept Superica, which has four locations in Atlanta, Charlotte, N.C., and now Houston. Fry’s two-unit El Felix in Atlanta has a similar menu, he said.

“I love it. I grew up eating Tex Mex and it was kind of normal for me,” said Fry.  “But it was something I felt that, especially in the southeast region, it hadn’t really spread that much outside of Texas." 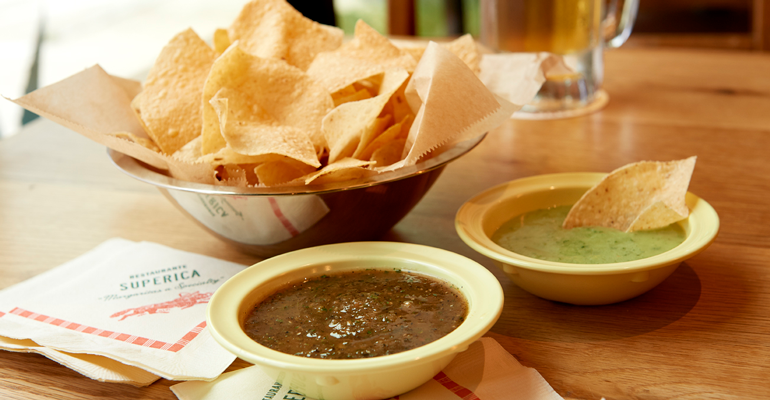 Fry’s version of Tex Mex, however, is a more elevated chef-focused variation on the theme, which he described as “less Disney,” or less fabricated. There are no piñatas or mariachis, he said.

“I always looked at [Tex Mex] as its own cuisine, though a lot of people see it as cheap Mexican versus real Mexican,” he said. “But it’s the cuisine of immigrants using the ingredients they had right in front of them.”

With the kitchen helmed by Fry’s vice president of Tex Mex Kevin Maxey, a Gramercy Tavern alum, the menu at Superica in Houston will include dishes like tacos, tamales and enchiladas, along with grilled fajitas, parrilla mixta, menudo, ceviche and pozole.

The 4,850-square-foot restaurant shares a 9,000-square-foot building with the new concept Fry has dubbed La Lucha, which he described as an homage to the shuttered San Jacinto Inn, which was known for fried chicken and Gulf seafood.

Both are on the menu at La Lucha, along with burgers and dishes like the Poor Man’s Plateau, with shrimp, blue crab, grilled oysters and Saltines; desserts like banana pudding soft serve and a lively bar program that includes signature cocktails along with mezcal-and-oyster pairings.

Fry said La Lucha is really a “more-casual, family friendly little sister” to his flagship State of Grace restaurant in Houston, which is a much higher-end concept that also spotlights Gulf seafood. La Lucha, for example, has games, outdoor lawn bowling and a patio for al fresco dining.

The Houston restaurants are connected through the kitchens, but they are run as separate units, he noted. 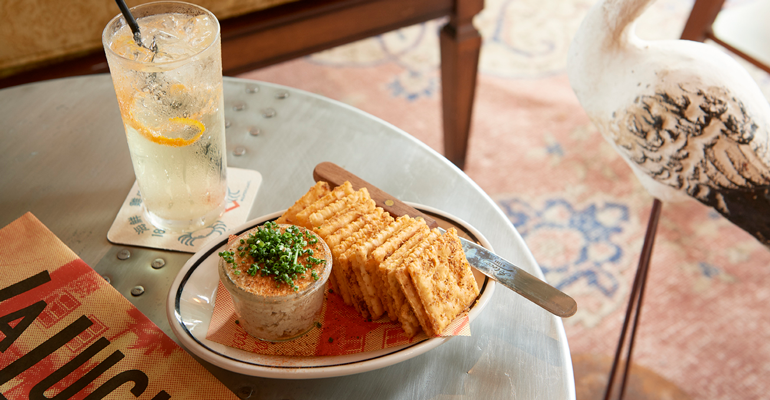 Turning to Nashville in early 2019, Fry is turning a former hammer mill into at least three restaurants there, carving out about 20,000-square feet of space on two levels.

But first, he’s planning to open a second location of his Atlanta concept The Optimist, an oyster bar concept designed to evoke a seaside fish camp.

The complex will include another space called Le Loup, or the wolf, which will also offer oyster service and maybe tableside cocktails, he said. Because Nashville is such a music-driven town, “There will be a green room for bands that need privacy, with a couch and a living room area with turntables,” he said.

The third concept, Star Rover, will be Fry’s play on a honky tonk, with Mexican-style tacos, a full bar of tequilas and mezcal, and a stage for live music.

Fry said he may also bring Superica there, and he has also signed a lease to bring the Tex-Mex concept to the Raleigh/Chapel Hill/Durham area of North Carolina.

The group’s growth comes in part to create opportunities for Fry’s team and keep talented workers with the company, he said.

“Talent is so hard to find, that’s the biggest problem these days,” said the chef. “The more we teach and the more we grow our people, the easier it is.”

“You’ve got this mother dough you keep feeding, and that goes into every loaf of bread,” he said. “When you’re expanding quickly, you don’t want to lose sight of who you are and how you got there. The best way is to reward your people and carry on that culture.”