After a recent trip to Israel, the head staff of K’Far, named for Solomonov’s hometown of K’Far Saba in Israel, were inspired by the cuisine and “sought to capture the feel of a traditional Israeli café with a fresh take on hometown classics” according to a statement from the company.

K’Far is located in the newest building in Rittenhouse Square, The Harper, on 19th between Sansom and Chestnut. Their hours are currently 8 a.m. to 3 p.m. with plans to have dinner service in August that will extend to 10 p.m. on weekdays and 11 p.m. on weekends.

The pastry menu, the star of the menu and helmed by a James Beard Award-winning pastry chef, will feature signature Israeli baked foods including borekas, rugelach, babka and pistachio sticky buns, house-made Yemenite Kubaneh bread and Jerusalem bagels, with challah available on Fridays.

The beverage program is focused on low-alcohol, aperitif-style cocktails.

An Israeli-inspired menu taking traditional favorites and bringing new flavor combinations, the food is a casual take on the group’s signature concept Zahav. Counter service is offered during the day and table service will be available for dinner.

The menu features Jerusalem bagels which are elongated and slightly sweet bagels, typically found on the streets of Jerusalem amongst the street vendors and made with sesame seeds. Here, they come with a variety of sandwich combinations between the bread.

Kubaneh at K’Far is cooked according to the oven’s temperature cycle, the same way the bread has been cooked for centuries in hearth ovens while the bread cooked for hours overnight while the ovens were cooling down from the day. The previously mentioned Jerusalem bagels are one of the first things to go into the oven in the morning once the Kubaneh sabbath bread is taken out and the oven is fired up again.

The all-day menu is guided by the bakery items, two of which are the chocolate rugalach and the pistachio sticky buns. Borekas, flaky pastries filled with a variety of fillings, are also offered all day and range from Bulgarian feta to jam and sweet cheese.

The culinary team is headed by Camille Cogswell as the executive chef and Troy Wilson as the chef de cuisine. Cogswell was a James Beard Rising Star Award Winner in 2018 after working at Zahav, a CookNSolo restaurant, as the pastry chef. She is only the second pastry chef to earn the honor.

Mike Solomonov, left, is the executive chef at Zahav and a founding partner of CookNSolo where he has won four James Beard Awards including Best Chef in 2017 and Best Chef-Mid Atlantic in 2011.

Steven Cook, right, is the other founding partner of CookNSolo and the winner of two James Beard Awards including Best International Cookbook and Book of the Year in 2016 for the cookbook he co-authored with Solomonov, “Zahav: A World of Israeli Cooking.” 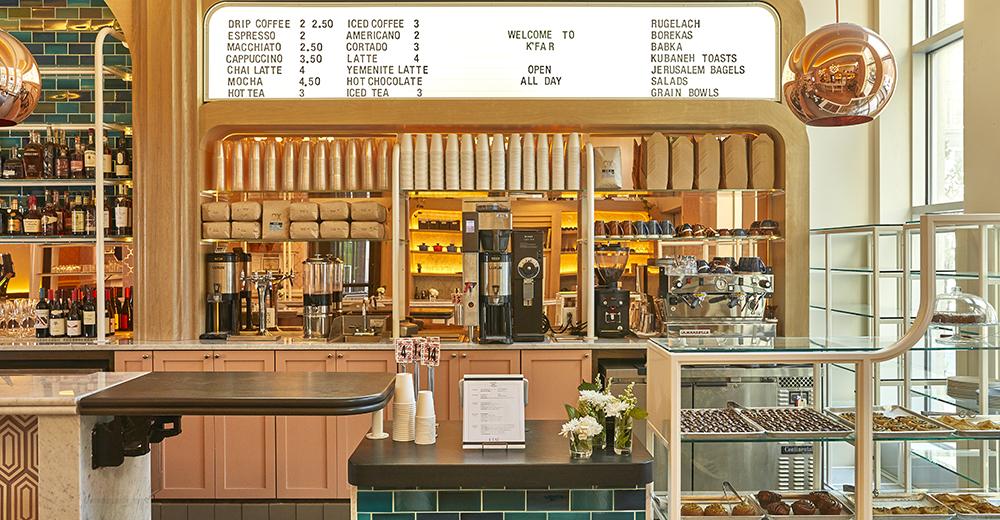