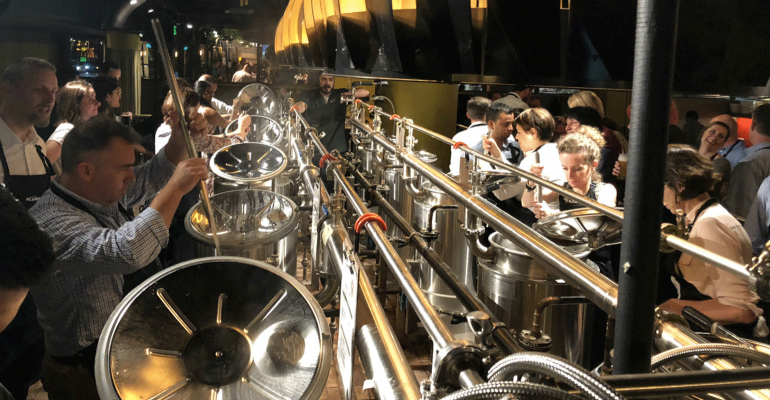 Hopsters Brewing Company — a two-unit Boston concept that’s part-classic pub and part-brew-your-own beer school — is set to expand to Philadelphia in the spring with help from community support on crowdfunding site Wefunder.

“It’s like a cooking class but with beer,” Cooper said. “There’s not many places you can go to make your own beer and eat and drink at the same time. … A lot of people don’t know how beer is made; they don’t know what goes into it. It’s ‘edu-tainment.’”

The beer-brewing experience allows guests to choose from one of Hopsters’ 30 craft beer recipes and make their chosen beer using the in-house kettles, with help from the brewery’s beer specialists. The process takes about two hours, Cooper said, during which time guests can eat and drink American comfort food fare while waiting for their beer to finish cooking.

Hopsters holds on to the beer creations for about two weeks, and when the brews are ready, guests receive notifications to pick up their creations.

“From IPAs to brown ales, to Irish ales and English bitters, we have almost any type of beer you could want,” Cooper said. “Plus, if you know what you’re doing, we’ll let you go off the recipe. People can even bring ingredients from home if they want, but we just make sure you don’t do anything too crazy.”

The beer-brewing class costs $200 per person and includes food and drink as well as three cases, or 72 bottles, of the custom beer. 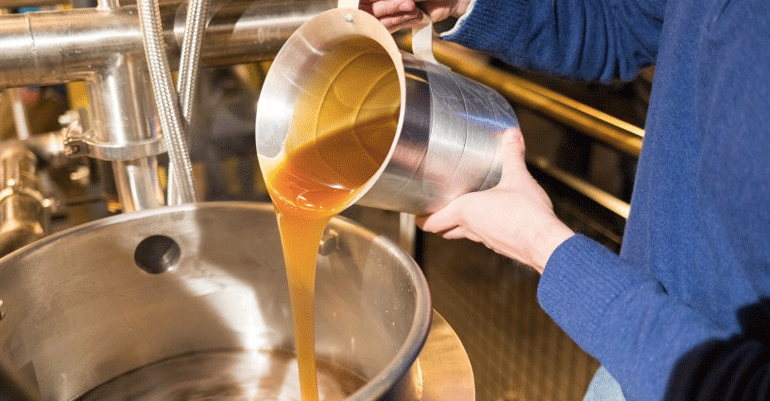 But guests don’t have to opt into the beer-making class to eat at the restaurant: Hopsters’ menu items like Korean sticky ribs, cheese boards, burgers, flatbreads, lobster rolls and the in-house craft brews are available separately. Check average for restaurant guests is $60 per person, including alcohol.

Hopsters thus far has mainly relied on crowdfunding to fund its expansion, a move that fits with its identity as a community craft brewery.

A campaign on Wefunder that drew 715 investors and raised $2 million was used to open the second Hopsters location, a 6,000-square foot venue in the Boston Seaport District that opened at the beginning of 2018. The Seaport location pulled in $1 million in revenue in the first two quarters alone, Cooper said, adding that the annual revenue projection for Hopsters going forward is $6 million per location.

A Wefunder campaign for the Philadelphia location has raised about $1 million toward a $1.5 million target.

With an investment of at least $500, Cooper’s community supporters have the opportunity to own a small piece of the company.

While this homegrown method of fundraising has worked for early expansion, Cooper is thinking bigger for the future and hopes to partner with large-scale professional investors with a passion for craft beer.

By 2022, he plans to open 16 Hopsters locations in urban craft beer hubs along the East Coast, including Charlotte, N.C.; Raleigh, N.C.; and Jacksonville, Fla.