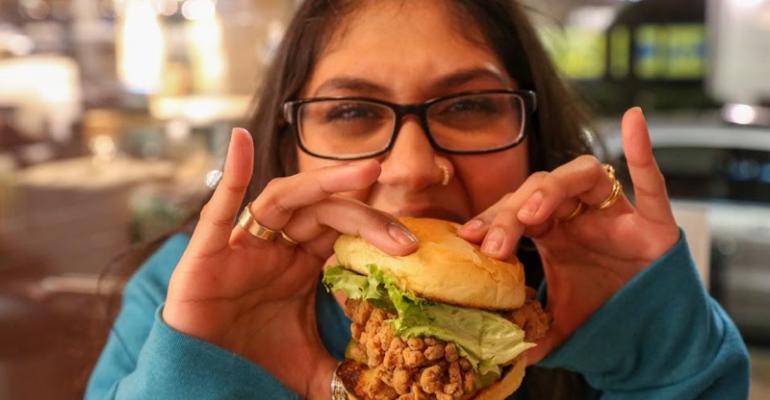 Last year, Seth Goldman’s wife and son partnered with chef Spike Mendelsohn to launch the plant-based PLNT Burger concept in a Washington, D.C.-area Whole Foods Market. But Goldman, founder of the Honest Tea brand who at the time was executive chair of Los Angeles-based Beyond Meat Inc., couldn’t really get involved.

“I had fun cheering them on, but I was envious,” said Goldman.

On Monday, however, Goldman announced he was joining the PLNT Burger team as a founder, with plans to grow the brand. 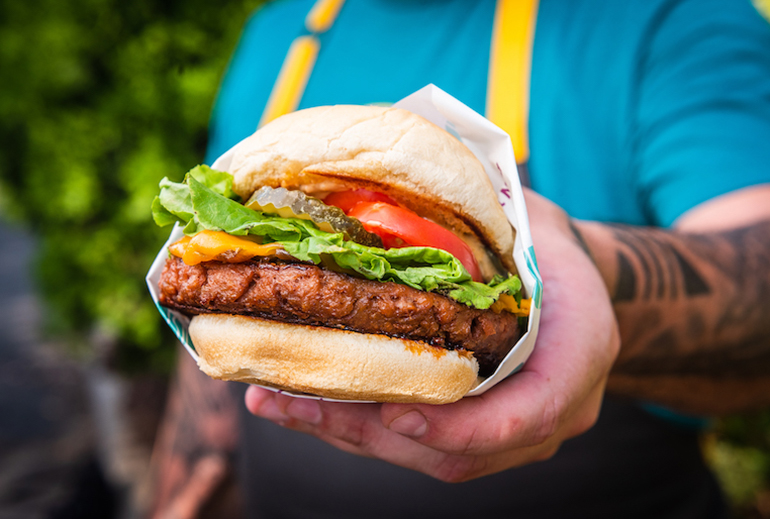 Last week, he also stepped down as executive chair of Beyond Meat, the plant-based meat producer launched in 2009.  Goldman, who sold the Honest Tea brand to The Coca-Cola Company in 2011, remains chairman of Beyond Meat’s board.

Stepping down as Beyond Meat’s executive chair was long part of Goldman’s plan, he said. But his decision to commit to PLNT Burger’s growth came in January this year, when sales at the Whole Foods kiosk accelerated as New Year’s resolutions inspired more consumers to give up meat and try plant-based alternatives.

“The restaurant was doing well, but in January things really took off,” he said. “So that was when I said, alright, there’s enough here to commit to joining the team.”

“There’s a lot to like about this model. It’s very capital efficient.  You have a built-in audience that is already open and predisposed to it. We have a great partner [in Whole Foods] who is committed to our success,” he said. “In retail these days, they’re selling a lot online, but they still value the walk-in customer … and they want to give them an experience.”

Goldman said he wasn’t opposed to opening free-standing PLNT Burger locations, but he said, “Landlords would have to come up with a pretty good deal to beat what we have. I just look at what the investment is to get into this business, and this is a very effective way to, at the very least, start a concept.” 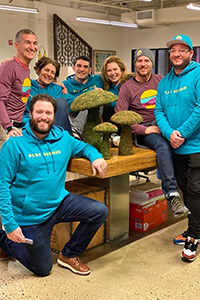 Goldman joins his wife Julie Farkas and his son Jonah Goldman, who are among PLNT  Burger’s original founding team.

In addition, also joining the founders is Margarita Herdocia, a franchisee of KFC, Pizza Hut and TGIFridays (with the companies Kentucky Food Groups LTD in the Domincan Republic and Inversiones Lama SA in Nicaragua), who is also described in press materials as a human-rights activist and philanthropist who focuses on education, immigration, art and women’s empowerment.

PLNT Burger’s menu centers on Beyond Meat burgers with toppings like mushroom “bacon,” guacamole or Follow Your Heart vegan cheese. There is also Beyond Meat chili or sausages; salads; and oat-milk soft-serve and shakes. The average check is $13.19.

Unique to PLNT, however, is a unique Crispy Chik N’ Funguy sandwich that makes use of mushroom parts that are typically discarded.

“I brought Spike and the team out to an organic mushroom farm and we were looking at snacks with mushroom ingredients. As we were walking by these oyster mushrooms, they have what’s almost like a root ball, these fruiting [parts] that they were putting into the compost bin. I thought that looked like something you could make into a filet … so we took some back and you blanch it and fry it, and it tastes like chicken.”

The Chik N’ Funguy is the first of what Goldman expects will be more retail products under the brand name Eat The Change, which serves as an umbrella company for PLNT, with more to come. PLNT Burger holds the trademark rights to the Eat The Change brand name.

Goldman and his wife have also committed $1 million to support charitable efforts to support the movement to plant-based eating, he said.

But what comes from Eat The Change will not compete with Beyond Meat, he said.

“Beyond Meat is about recreating meat from plants. That’s something we’re not going to do,” he said.

In an earnings call with analysts last week, Goldman noted that the company’s plant-based Beyond Burger in about two years has gone from being in 5,000 grocery stores and a few hundred restaurant locations to being carried by almost all the major U.S. [grocery] chains and thousands of foodservice outlets around the world.