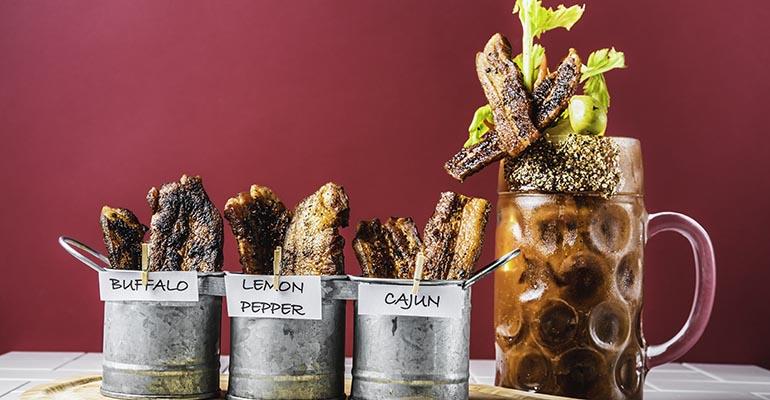 Jose M. Salinas
The concept was created by Downtown Hospitality Group (DHG), and the menu is a collaboration with Las Vegas chef Josh Green, who’s known for his work at Skinny Fats and Greens & Proteins, as well as popular on-the-strip restaurants from Daniel Boulud and Charlie Palmer.
Trends>New Restaurant Concepts

While some restaurants offer a something-for-everyone model with massive menus, one new restaurant opening soon in Las Vegas is going all-in on bacon.

This fall, the D Las Vegas hotel will welcome Bacon Nation to its recently expanded second floor. The Downtown hotel opened in 2012 and also houses Italian steakhouse, Andiamo; American Coney Island, which serves hot dogs, gyros and fries; and a handful of bars.

Bacon Nation will operate 24 hours per day and occupy a 120-seat space that was designed by international firm PGAL. The interior features an open kitchen, brick walls, rich wood and marble accents, and there’s also a private dining room, with seating for up to 24 guests. 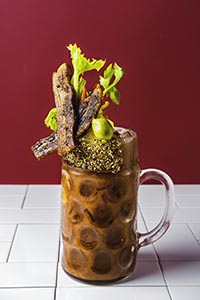 The concept was created by Downtown Hospitality Group (DHG), and the menu is a collaboration with Las Vegas chef Josh Green, who’s known for his work at Skinny Fats and Greens & Proteins, as well as popular on-the-strip restaurants from Daniel Boulud and Charlie Palmer.

Bacon Nation’s full menu will be available all day and night. Diners who want to sample a variety of bacon can order a flight, with flavors including lemon pepper, Tajin, black truffle, chocolate, black pepper, jalapeño, barbecue, honey sriracha, everything bagel, and more.

“While bacon is definitely the inspiration for our concept and included in a significant amount of menu items, we also have plenty of options for non-bacon eaters,” Abe Taylor, partner of Bacon Nation and DHG said. That includes steak, salmon, shrimp scampi and chicken parmesan served with spaghetti — “But for those who love it, we’ll feature dishes with gourmet, thick bacon in every flavor imaginable.” 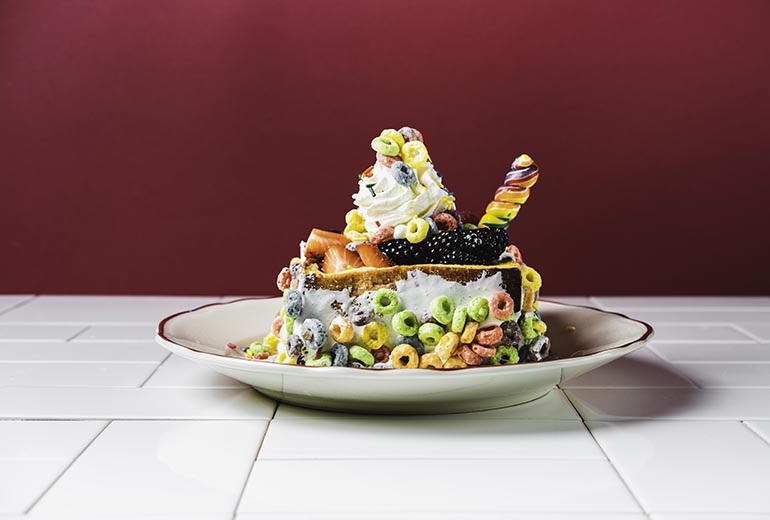 Breakfast highlights include a range of Benedicts and French toast “boxes” that are formed from French toast and loaded with a selection of options, like bacon, peanut butter and banana, or sausage, bacon, egg and cheese.

Handhelds include the reverse BLT, a sandwich in which a thick piece of bread is sandwiched between woven layers of bacon; and a burger that pairs an Angus beef patty with cheddar cheese and bacon-wrapped jalapenos. 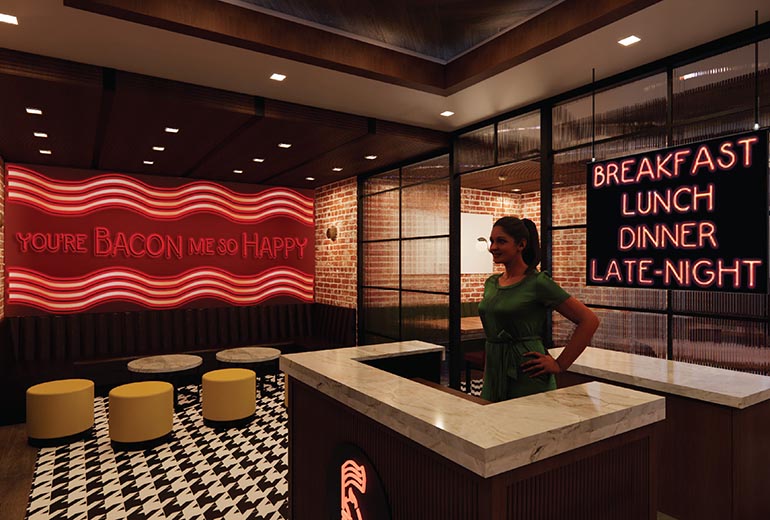 Guests can end their meal with desserts like the bacon s’mores skillet — a cookie dish topped with marshmallows, bacon, caramel and ice cream — or the maple bacon cheesecake. There’s also a section of alcohol-infused milkshakes, including the Elvis, which is spiked with peanut butter whiskey and served with a deep-fried banana, peanut butter and bacon sandwich.

In addition to its dine-in service, Bacon Nation will also feature temperature-controlled food lockers, so guests can quickly pickup to-go orders 24 hours a day, whether they are staying at the hotel or simply nearby and hungry for bacon. 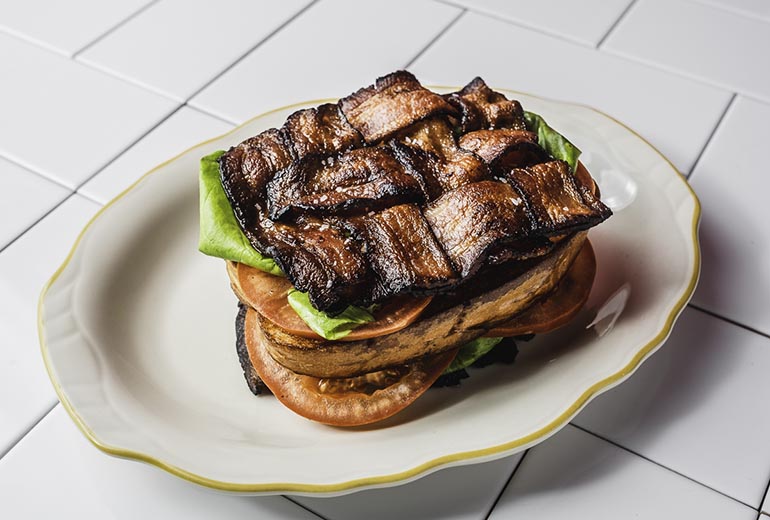 Taylor thinks Bacon Nation is primed to become a destination dining experience. At most restaurants, bacon is relegated to the breakfast plate or used as a topping to spruce up sandwiches and burgers. But with the restaurant’s diverse menu, diners can enjoy bacon at any time of day.

“We are anticipating breakfast and lunch meal periods to be our bread and butter, but we think people will be shocked with how craveable and successful our late-night menu and brunch offerings will be,” Taylor said.