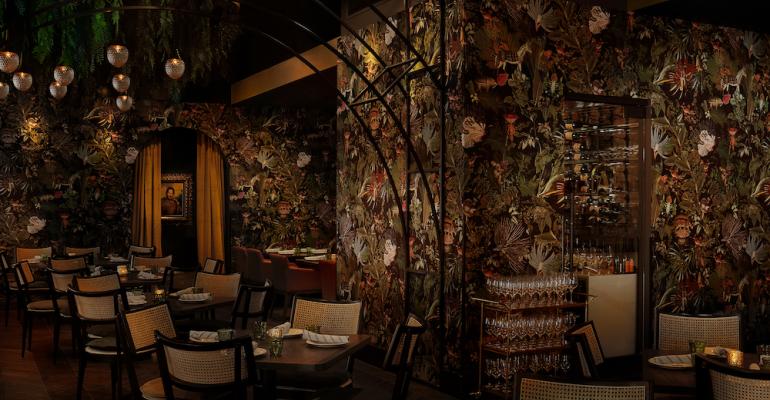 With Alpana, Singh wants to bring to the forefront her own story as the daughter of Fijian-Indian immigrants, as a successful entrepreneur, as a wine savant and also just a regular 10-year local resident who lives in the same Gold Coast neighborhood as the restaurant.
Trends>New Restaurant Concepts

With a name and glowing reputation that says it all, just one name will do.

Welcome to Alpana, the newest Chicago restaurant by Alpana Singh.

Related: Five new restaurants in the Mountain states to check out

The restaurateur and beverage expert first entered the national conversation in 2003 at age 26 when she became the youngest woman and first woman of color to earn the designation of “master sommelier.”

Her career also has included stints as sommelier at world-renowned Everest Restaurant in Chicago and host for 12 seasons of "Check, Please!," the Emmy Award-winning restaurant review show that ran for 19 seasons on Chicago's PBS station.

Related: Six new restaurants in the south we’re excited to try this spring

With Alpana, Singh wants to bring to the forefront her own story as the daughter of Fijian-Indian immigrants, as a successful entrepreneur, as a wine savant and also just a regular 10-year local resident who lives in the same Gold Coast neighborhood as the restaurant. 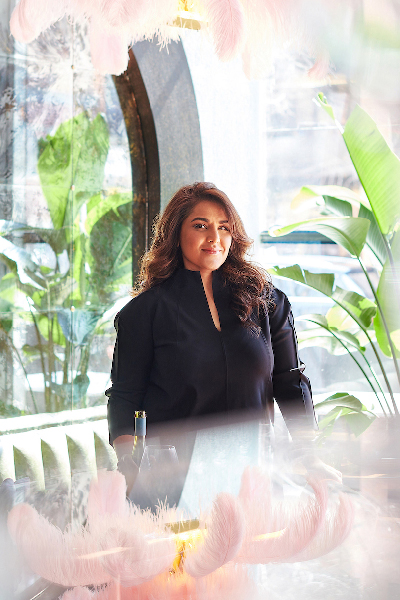 "I want to become a neighborhood stalwart," she said. "It doesn't have to be a special occasion. It's just your place."

Naming the bistro turned out to be trickier than she first imagined. She tried for several other monikers but encountered roadblocks including previously owned trademarks, inability to get social media handles, ensuring the name worked with search engines and other potential hassles. After encouragement from high-powered friends, she settled on her own first name.

"I asked myself, 'Have I earned the right to do that?'" she said.

She had. "I'm the culinary creative director," she said. "I do everything: The cocktails, the dessert, the dinner, I'm hiring the staff. This restaurant is 100 percent me."

The 4,000-square-foot space can accommodate 90 guests in the dining room and 15 at the bar. A heated outdoor patio will allow for an additional 90 guests, she said.

Alpana is outfitted in tones of green, gold and rust and walls adorned with a vibrant and densely lush jungle print wallpaper. Trellising ivy dangles from the ceiling along with lighting that includes a whimsical pink feather chandelier.

Among her favorites is Tina Turner.

"She's always been an amazing source of strength and inspiration for me," Singh said. "She knew she had to take the next step."

The restaurant's menu is inspired by wines and how they pair with food, with an emphasis on contrasting tastes and textures that might mix a soft albacore tuna crudo with a crunch of crispy shallot, a hit of umami from dried seaweed and layers of acid and heat from a yuzu kosho vinaigrette.

"All the elements that make wine shine are there," she said. 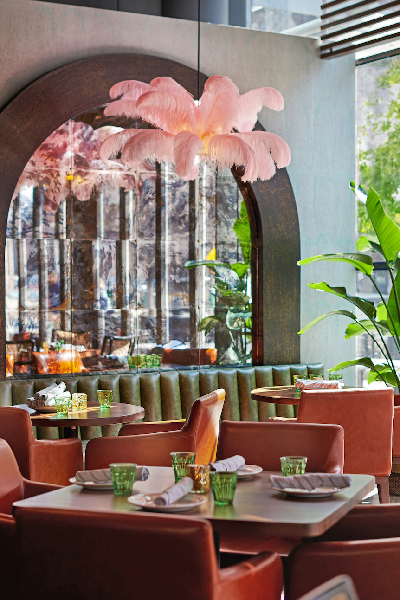 "I don't do the cooking, but I made up all the dishes," she said.

Wines span the globe; almost all come from sustainable and organic producers and 25 percent are sourced from wineries working to further combat climate change in some form, such as using solar panels or Tesla batteries for energy, or employing carbon-neutral and sustainable agriculture practices, she said.

No surprise that wine remains a focal point for Singh. However, she no longer holds the title of master sommelier after renouncing the designation in 2020 following a New York Times article detailing sexual harassment and assault allegations against men in the Court of Master Sommeliers, the organization that holds the qualifying exams.

Singh said she resigned the title in part to support the women who came forward, and also because the article was the "final straw" in her long-standing feeling that the group was not welcoming, diminished her concerns and didn't address diversity problems sufficiently.

"I used the title and I pretended like everything was hunky dory," she said. "By my staying silent I felt complicit that I was endorsing this organization."

She now hopes to build a new model of mentorship through wine education and staff training, including twice-monthly wine lessons and serving as a resource and sounding board.

Many employees of previous restaurants – Singh previously ran The Boarding House and Seven Lions in Chicago and Terra & Vine in the Chicago suburb of Evanston, Ill. – have gone on to open their own restaurants, bars and wine shops and become sommeliers.

"I really want to see my servers succeed and go on to do fabulous things with their lives," she said. "At the end of the day, no one will care about your awards. You think, 'What did that person mean to me. What have I done for other people.'"