The Beverly Hills-adjacent Bicyclette Bistro brings a bit of Paris to LA.

The comfortable interior makes use of soft greens, delicate details and a homey, stay-awhile vibe.

The menu here is meant to be enjoyed by one diner as much a group. This soft egg in the shell is embellished with smoked sturgeon and Kaluga caviar.

Puffed up with a pastry shell and garlic-parsley butter, snails have never had it this good.

We’ve been anticipating this Charleston brasserie led by restaurateur Steve Palmer and chef/French gastronome Jeb Aldrich. It’s set to open in July, with classics like this duck consommé kicking things off.

The name of this iconic Provencal stew comes from two verbs that tell us how it’s cooked: bolhir (to boil) and abaissar (to simmer).

Chef Don Young debuted this swanky French brasserie in May, and his mission is to bring some Art Deco magnificence back to Michigan Avenue, starting here at the ground floor of the hotel Pendry Chicago.

Could this be the ultimate brunch sandwich? Venteux’s café is open for breakfast and lunch daily.

This omelet is folded with culinary complexity: It’s filled with a mixture of lightly scrambled egg and Delice de Bourgeon cheese topped with trout roe and yeasted hollandaise then sprinkled with grated salt-cured egg yolk and an herb salad.

One of the most enduring global culinary mashups, the banh mi is the result of French occupation in Vietnam.

This corn financier brings interaction and drama to the table.

The late Joel Robuchon created a French dining pinnacle at MGM Grand in Las Vegas, and it makes a triumphant return in July with its signature 15-course degustation menu.

L’Atelier de Joel Robuchon will serve as a creative countertop workshop, also at MGM Grand, in which culinary experiments will be conducted to create new dishes for Robuchon’s restaurants.

Chicago architecture fans will recognize the Art Deco “champagne bottle top” building, Carbide & Carbon. In late June, Chateau Carbide opened as a “secret” open-air rooftop bar and garden with the fresh breezes of the French Riviera in mind. Part of Pendry Chicago, the Cote d’Azure-inspired bar is set for summer with striped loungers and a curated rose selection to be enjoyed in the sun with French house music as the soundtrack.

Chef Lincoln Carson is reimagining bustling cafes and brasseries from Paris to Lyon through the lens of Southern California casual and just a bit of Hollywood glam. He hopes to restore social connection with this new venture, on the heels of his tres successful Bon Temps, which opened in 2019. “If this past year has taught us anything, it’s the power of social connection and the importance of spending time with those we love,” Carson said. “I chose this part of Los Angeles for Mes Amis because of the neighborhood’s palpable creative energy.” 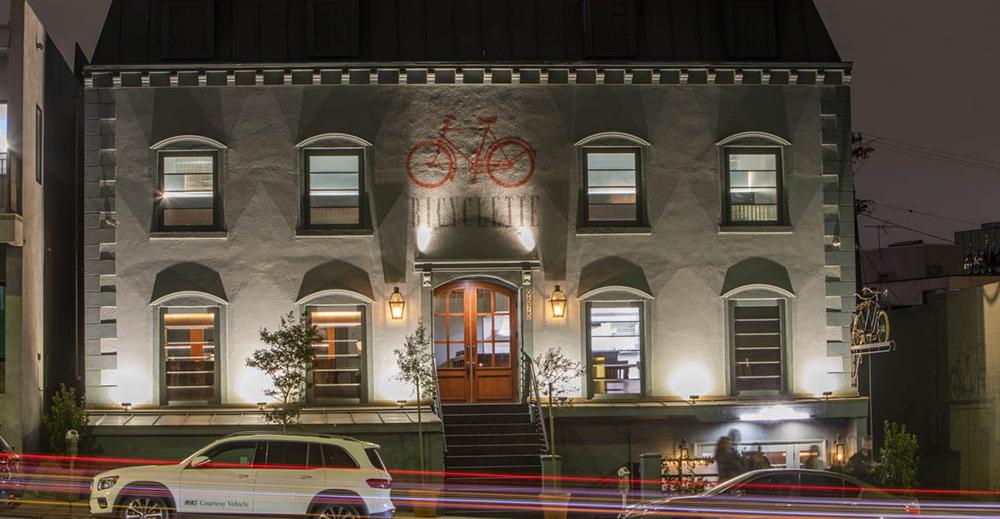