This place might not look like much from the outside, but step inside and it feels a little bit like heaven … if heaven had a rotating selection of international, esoteric wines and craft beers along with and a full bar program with masterfully crafted cocktails. Bacari PDR is steps from the beach, so the 22-seat patio provides the perfect retreat from an afternoon of fun in the sun.
Prufrock Pizzeria and The Love Song Bar
Los Angeles
Opened: November 2014

We’ll go just about anywhere inspired by a T.S. Eliot poem. Especially if it’s a Neapolitan-style pizzeria serving pies with fresh mozzarella from a 900-degree wood-burning oven. And even more likely if it’s just before or after we’ve caught a rock show at the newly renovated Regent Theater, where Prufrock Pizzeria and The Love Song Bar just opened.
White Oak Tavern & Inn
Chicago
Opened: December 2014

“A community-minded tavern featuring sophisticated food and drink driven by the seasons and our local farmers," say husband-and-wife owners John and Lynn Manilow. How can you pass on a place self-described like that? We love the idea of a combination restaurant, bar and lodging option.
Ulele
Tampa, FL
Opened: August 2014

This “Native American-European fusion” restaurant situated at the north end of the Tampa Riverwalk might be all about location, location, location. But Columbia Restaurant Group is out to prove it can back up the location with unique foods and spirits, sourcing ingredients with Native American and multicultural influences.
Terrine
Los Angeles
Opened: December 2014

A brasserie with a killer French wine list that complements California comfort food. Right? Stephane Bombet does the concepting and works with Kris Morningstar on the menu, hoping to strike a balance between bold flavors and classic techniques. Photo: Ryan Tanaka
Proof + Pantry
Dallas
Opened: November 2014

The owners of Proof + Pantry have survived a throwdown with the local newspaper dining critic and continued their spin on cleverly categorized alcohol. They label it no, low or high proof. A low-proof concoction might be the Pickled Cobbler with Dry Sherry, London Dry Gin, Pickling Juice, Agave Nectar, Blackberries and Strawberries. The high-end deal could get you a Cards on the Table—Strawberry Cardamom Highland Tequila, Lemon Juice, Agave Nectar and black pepper.
Preux & Proper
Los Angeles
Opened: December 2014

Jump off the beach and into this Italian joint where pasta and red sauce are done with a California sensibility. We’re hoping to try Michael Fiorelli's Homemade English Muffins with rosemary, sea salt and cultured housemade butter, or the Chicken Liver Toast with guanciale and pickled cherries that Fiorelli and chef de cuisine Rebecca Merhej preserved over the summer. Photo: Andrea Bricco
China Chilcano
Washington, DC
Opened: January 2015

José Andrés is back on the map (not that he ever fell off) with his newest contemporary Peruvian restaurant in the heart of the nation’s capitol. The idea of Peruvian cuisine entering the mainstream has been floating around for a while, and we’re sure Andres will be just the guy to get it right. We’ll try his Papa a la Huancaina y Ocopa, an appetizer of native yellow potatoes served with two spicy, creamy sauces, and finish it off with Raspadillas, a classic street food of shaved ice and fresh fruit syrup. 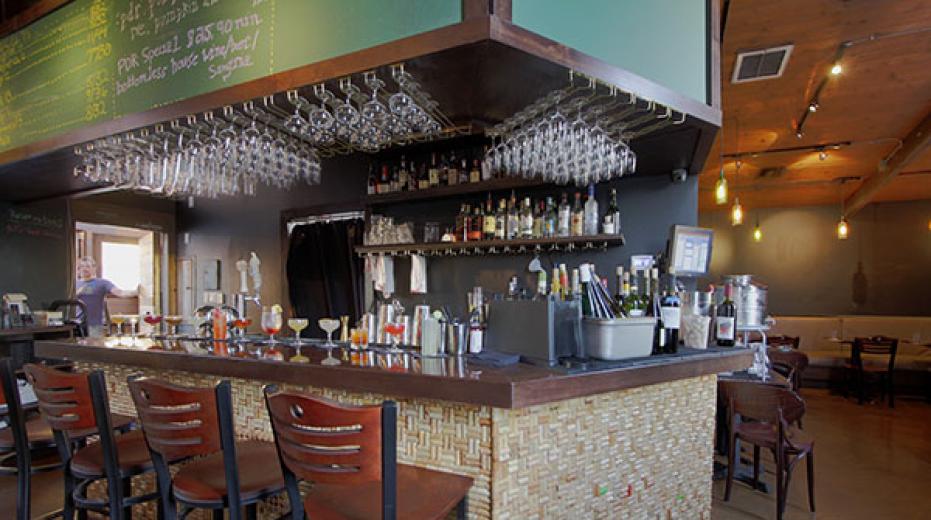 Next Up
5 new restaurants in Texas, Miami and Atlanta to check out now
Start Slideshow ›