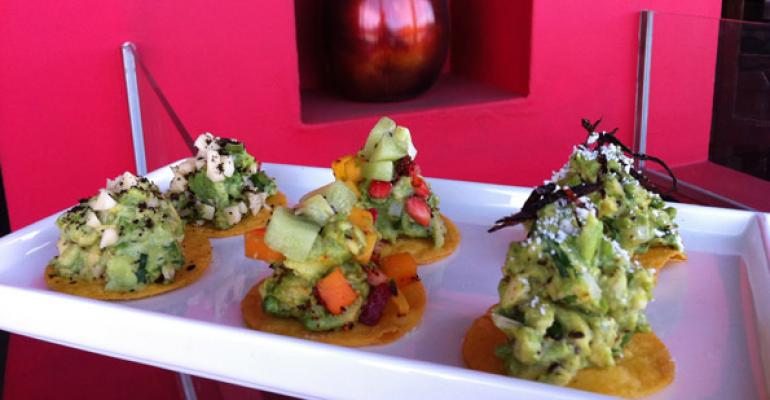 The Most Interesting Man in the World has deemed Sunday an unacceptable day to celebrate Cinco de Mayo, so Dos Equis has created Dos de Mayo. Restaurants and bars around the country face the same dilemma on how best to handle one of the top promotional holidays of the year falling on the worst day of the week for a party.

Dos Equis, the Mexican beer imported by Heineken USA, has moved the celebration to Thursday, May 2 and will host a bash with Maxim in Los Angeles that fans can win an all-expense paid trip to by entering a contest at DosdeMayo.com. The website also features a locator tool connecting fans to bars and restaurants that serve the beer so they can join the party.

The holiday, commemorating Mexican heritage and a victory over French forces on that day in 1862, provides restaurants and bars an opportunity to entice patrons into partying. Common promotions include drink deals, usually centered on tequila, and occasionally festive music, dancing and food specials.

Many chains, from Chili’s and Applebee’s to Outback and Ruth’s Chris, traditionally promote drink specials. Latin restaurants usually do even more, but this year Noah Loudenback, the operations manager for several Richard Sandoval Restaurants in the D.C., area, wasn’t sure how to handle the holiday. His three popular restaurants weren’t open the last time May 5 fell on a Sunday, in 2002.

His answer? A Cinco de Mayo Pants-Off Dance-Off Weekend, of course. El Centro D.F., specializing in Mexican comfort food, and the Latin-Asian focused Masa 14 will feature multiple DJs from 10 p.m.-3 a.m., Friday and Saturday and from noon to close on Sunday. Both will only offer drink specials—$5 flavored margaritas available at the bars, on the rooftops and in El Centro’s basement tequileria—on Sunday, though.

Loudenback says his staff surveyed the D.C. competition and most Latin restaurants weren’t offering specials on Friday and Saturday. El Centro and Masa 14 are regularly hopping those nights, he says, so if the holiday boosts business on Sunday, it could make for a record weekend. He expects many diners to stick around after both restaurants’ brunch specials conclude at 3 p.m.

Zengo, another D.C. restaurant featuring Latin and Asian fare from Richard Sandoval, is offering $5 margaritas and Latin beers the entire weekend, as well as two specialty plates: a Cinco Platter for $18, featuring fluke ceviche, chicken potato flautas, Oaxaca & huitlacoche quesadillas and guacamole; and a $12 Queso Fundido with rajas, mushroom, flour tortillas, habanero and apple chutney. The expanded offerings all weekend are because management has only recently begun pushing the late-night business at Zengo, after the success at both Masa and El Centro, says Loudenback.

Executive Chef Bert Agor Jr. may have gotten the earliest jump on Cinco de May by celebrating its flavors on March 30 with an Azunia Tequila cocktail and six-course pairing at Kincaid’s Bay House in Redondo Beach, CA. General Manager Reggie Thomas said the event was a success, and he planned to partner with another tequila label for a Cinco de Mayo promotion, likely from Friday through Sunday.

Cafe Rio Mexican Grill doesn’t serve alcohol at any of its 60 units nationwide, the usual promotional hook for Cinco de Mayo, but it is using that day for something else. The Salt Lake City-based quick-casual Mexican restaurant is launching new hours at three of its Utah properties that will open for the first time on Sunday. Otherwise, Jennifer Burns, media relations for the brand, says the chain will promote catering for those planning to host their own fiestas.

In an online video kicking off the movement for Dos de Mayo, Dos Equis’ Most Interesting Man in the World issued a call to party: “Mobilize your friends, co-workers, your neighbors…everyone.” No matter the day, restaurants and bars hope people answer his call.