Based in Denver and with more than 100 locations, this casual-dining restaurant will open earlier on Easter Sunday, at 9 a.m., and serve a menu only available that day. Highlights of the limited-time offer include avocado toast, eggs Benedict, French toast and holiday beverages like the Honey Bunny, a non-alcoholic blend of raspberry, strawberry, simple syrup, honey, lemon juice and Sprite, priced at $2.49.

Based in Dallas, with more than 80 locations, this restaurant will serve a three-course menu for dine-in customers on April 1. The holiday meal will feature a choice of soup or salad; a choice of hickory-smoked ham or slow-roasted turkey; and a choice of molten lava cake or chocolate chip bread pudding. For those who want to celebrate Easter at home, Mimi’s Café will prepare a take-out feast for six to eight people priced at $99.99.

Baskin-Robbins, based in Canton, Mass., with over 7,900 units, introduced a new Bunny Stripe Cake for the Easter season. The dessert showcases a chocolate bunny on top of a pastel-striped cake that guests can customize with any ice cream flavor and a choice of white or chocolate cake.

Based in Wallingford, Conn., with 1,300 units, Edible Arrangements has several items available to celebrate the season, like fruit-and-chocolate Spring Chicks and Swizzle Berries.

Guests for Easter brunch at City Tap House in Boston can treat themselves to the decadent Cadbury Creme Egg French Toast for $13, which features the traditional Easter candy on top of the breakfast staple.

This Chicago joint will serve diners Boozy Peeps, which come with a syringe of whiskey sour and the marshmallow treats. Customers can inject the liquid into the Peeps.

Based in Houston, Texas, with 12 locations, The Oceanaire will open early on Easter Sunday for brunch at 11 a.m., which will feature dishes like a crab omelet.

This Pittsburgh spot is getting into the holiday festivities with Pane di Pasqua, or Italian Easter bread. The fluffy, circular treat is decorated with pastel-colored eggs.

For Easter Sunday, Poggio in Sausalito, Calif., will offer specials throughout the day, including new cocktails. Mr. Rabbit’s Punch has sherry, Aperol, ginger beer and lemon juice, and the Carrot Top consists of bourbon, amaro liqueur, carrot juice and cumin.

Beauty & Essex, with locations in New York City, Los Angeles and Las Vegas, has a special dessert in store for the Easter crowd: Golden Eggs, made with a traditional Greek vanilla custard, citrus-infused simple syrup, toasted pistachios and phyllo dough.

For the Easter crowd, Morton’s the Steakhouse, based in Houston, with over 75 units, will serve a steak and lobster special, priced at $59.

Visitors at this Las Vegas restaurant, which operates five locations, can celebrate the holiday with an Easter Sunday Sundae, a toasted coconut cake topped with vanilla ice cream and whipped cream, served with chocolate eggs and a marshmallow chick.

On April 1, Cameron Mitchell Restaurants, based in Columbus, Ohio, will open Ocean Prime, with 13 units, and Mitchell’s Ocean Club for brunch — something the operator only does three times a year, for Easter, Mother’s Day and Father’s Day. The special meal includes dishes like braised short rib surf-and-turf, comprised of a crispy Gouda potato cake, a lobster claw, a poached egg and Hollandaise sauce.

This San Francisco restaurant will celebrate Easter with all-day brunch on April 1, from 11 a.m. to 10 p.m. The menu will include a traditional Easter treat: hot cross buns. Bluestem will also host an Easter egg hunt inside its space for kid diners.

Headquartered in Dillon, Mont., with nearly 200 units, Great Harvest is offering Honey Bunnies through April 1. The Easter-themed treat is honey whole-wheat bread shaped into a bunny. The bakery-café chain is also offering other goodies like pastel-colored sugar cookies and hot cross buns.

The San Diego-based breakfast concept, with seven locations, will launch new food and drink specials on Easter Sunday for the whole month of April, like the Peep Show Mocha, an espresso mixed with milk, marshmallow syrup and mocha, topped with whipped cream and a marshmallow Peep.

The Dallas-based eatery, with six locations, is selling Easter Cookie Nests through April 1. The festive desserts are a trio of chocolate chip cookie “nests” filled with chocolate ganache and candy eggs. A three-pack is $10.99.

Located in Los Angeles, this bakery has a lot of desserts available during the Easter season, like Emoji Eggs, chocolate Easter eggs decorated to look like popular emojis.

Dough in Tampa, Fla., is baking an adorable treat for the season: the Mary Had a Little Lamb Cake, a strawberry cake with strawberry filling and white buttercream frosting, decorated to resemble a lamb.

The quick-service chain based in Winston-Salem, N.C., with over 1,300 units, introduced a new Reese’s Peanut Butter Egg Doughnut on March 19 as a limited-time offer for Easter. The festive pastry is filled with peanut butter cream, dipped in chocolate icing and decorated like an Easter egg.

The fast-casual operator, headquartered in Golden, Colo., with over 450 units, is aiming to give guests a hassle-free Easter by offering a Heat & Serve Ham Dinner for 12 people, priced at $109.99, through the Boston Market Home Delivery program or onsite pick-up. The holiday feast will include sliced or boneless ham, mashed potatoes and gravy, cinnamon apples, sweet potato casserole, cornbread and two apple pies. For dine-in guests from March 30 through April 1, an Easter meal option will be honey-glazed ham with a choice of two sides, cornbread and a slice of apple pie for $12.99.

On Easter Sunday, Wienerschnitzel, based in Irvine, Calif., with more than 300 units, will offer chili cheese fries for 99 cents. Friends and families can get up to five orders of the snack at the promotional price.

Egg Shop, with two locations in New York City, is getting creative for the Easter season with house-made Sunny Pops, sweet-and-spicy white chocolate lollipops that resemble sunny-side up eggs. The treats are topped with pepper, ground chili pepper and sea salt, and are priced at $4. 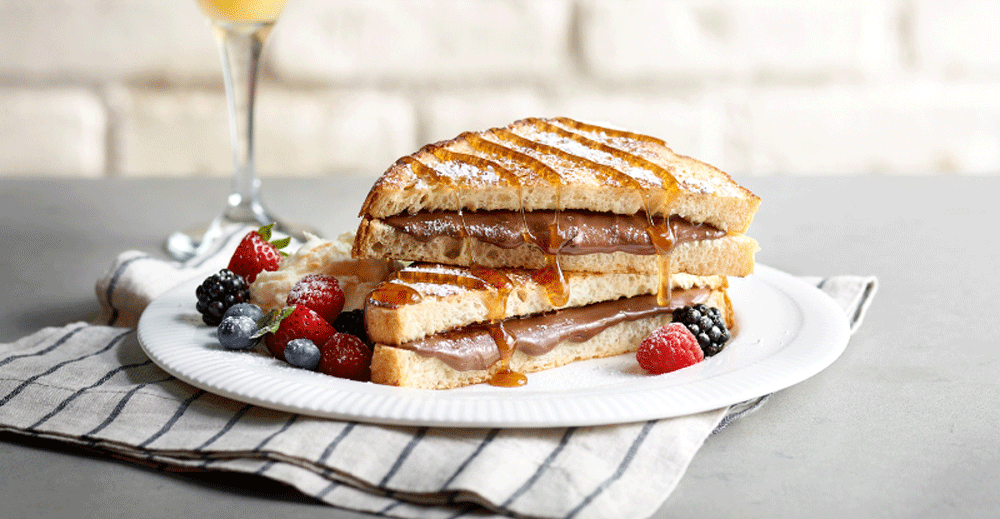