On Oct. 22, the quick-service operator released a Halloween-themed limited-time offer: The Nightmare King — a burger composed of a quarter-pound of flame-grilled beef, an all-white-meat crispy chicken fillet, melted American cheese, thick-cut bacon, mayonnaise, onions and a glazed green sesame seed bun. According to a survey the brand conducted in partnership with the Paramount Trials and Florida Sleep & Neuro Diagnostic Services Inc. and Goldforest Inc., participants who ate the Nightmare King before bed experienced nightmares 3.5 times more frequently than the average rate. Burger King is based in Miami with over 23,000 locations worldwide.

A ghoulish treat at this Chicago spot is the “Screameo” Gelato Churro Waffle. The dessert is created with a deep-fried churro waffle, orange-colored gelato with Oreo chunks and ghost sprinkles.

The fast-casual brand is bringing back its annual Boorito event. On Oct. 31, starting at 3 p.m. until closing, customers who come in costume at any location in the U.S. and Canada can order a burrito, bowl, salad or tacos for just $4. Guests can also redeem the same deal via the Chipotle app or online using the code “BOORITO.” The brand will also hold an Instagram costume contest on Halloween. To enter, contestants must upload a photo of themselves in costume at a Chipotle location in an Instagram post or story and tag Chipotle. Chipotle will then pick eight finalists and share their photos on its Instagram Story. Fans can vote for a winner by “liking” their favorite costume on Nov. 1. The lucky winner will receive a year of free burritos.

Chipotle is based in Newport Beach, Calif., and has over 2,450 restaurants.

As a nod to the scary holiday, the Plano, Texas, restaurant will start serving Spooky Biscuits on Oct. 26 through Halloween. The dark biscuits will be an option for every sandwich.

The casual-dining operator is serving the Dollar Zombie for Halloween fans. The blue drink, a blend of rum and pineapple, passionfruit, cherry and lime flavors, comes with a gummy brain on top for only $1. Applebee’s is based in Glendale, Calif., and has over 1,800 restaurants.

The Boston store of Magnolia Bakery is baking Halloween treats such as the Zombie Mini Pack, a set of 12 mini-cupcakes in vanilla, chocolate and red velvet, priced at $20. The cupcakes are topped with vanilla and chocolate buttercream, plus assorted zombie decorations. Magnolia Bakery is based in New York City with over 20 stores worldwide.

Now through Halloween, the pizza chain is offering two ghoulish take-and-bake pies: The Jack — a jack-o-lantern-shaped pizza — and the Frank — a Frankenstein-shaped pizza. Mr. Gatti’s is based in Fort Worth, Texas, and has close to 100 units.

Starting Oct. 28 through Halloween, the Hollywood, Calif., location of Fat’s Sal Deli will go into costume mode by transforming into McDowell’s, the fictional restaurant featured in the 1988 film “Coming to America.” The restaurant will be decorated to resemble the interior and exterior of McDowell’s and will serve menu items inspired by the movie: The Sexual Chocolate Shake, The Big Mick and The Zamunda Fries. Fat Sal’s will also recreate the barbershop from the box office hit next door.

During the month of October, the Cambridge, Mass., restaurant is serving The Devil’s Nest — a cocktail crafted with passionfruit purée, lime juice, grenadine and muddled jalapeños shaken with tequila, and a garnish of chile “horns.” The diabolical drink is priced at $10.

Throughout the month of October, Mickey’s Deli is offering the Spicy Spooky Cheeto Pizza — a pie with a crust of activated charcoal dough. The pizza is topped with mozzarella, cheddar and Flamin’ Hot Cheetos, making for a bizarre bite appropriate for Halloween.

The Dallas spot is embracing the festivities with a Blackened Negroni — made with gin, vermouth, Campari and activated charcoal powder, and garnished with an orange peel.

Punch Bowl Social, a 2018 Nation’s Restaurant News Hot Concepts award winner, is throwing its annual Halloween bash on Oct. 27, from 9 p.m. to 2 a.m. The theme of the party will be witches and warlocks and will feature a Halloween punch, “Orange Is the New Black Sabbath,” as well as live DJ music and a costume contest with a cash prize. The casual-dining chain is based in Denver with 14 locations.

The quick-service brand is holding an Instagram costume contest through Nov. 1. To enter, fans must post a photo of their Dunkin’-inspired Halloween costume with the hashtag #DunkinDressUpContest on the social media app. The grand prize winner will receive $1,000 and a year’s worth of Dunkin’ coffee. There will also be a weekly winner who will get a $100 gift card.

Dunkin’ is also giving its doughnuts a Halloween makeover with treats like the Spider Donut — frosted with orange icing and topped with a glazed chocolate doughnut hole decorated to look like a spider. The chain is based in Canton, Mass., with over 12,600 stores worldwide.

The Hollywood, Calif., shop is now serving Halloween doughnuts through Oct. 31. The spooky lineup includes treats such as the Boo-chata — a doughnut filled with horchata pastry cream and topped with horchata glaze and a ghost face decoration.

The Portland, Ore.-based chain, which recently opened its 16th store in Downtown Disneyland, has a series of festive scoops this month in honor of the scary holiday. Through Nov. 1, guests can enjoy flavors like Creepy Crawly Critters — a “light and fresh green-grass ice cream that hides swarms of real dark chocolate covered crickets and coconut toffee-brittle mealworms,” according to Salt & Straw. The mealworm brittle, or “crittles,” is also available as a separate topping to any ice cream at all the brand’s scoop shops during the Halloween season.

The Brooklyn, N.Y., joint will host a “boo brunch” on Oct. 27. The family-friendly event will involve a menu of brunch dishes, a live DJ mixing children’s music and songs parents will enjoy, an arts and crafts table with toy favor giveaways, a kid’s costume contest, stroller parking and other features.

Delmonico’s is now serving a cocktail that pays homage to a pair of spirits whose story is tied with the 181-year-old landmark restaurant. According to the New York City spot, the Vandevroot sisters were the daughters of a wealthy and controlling father who rarely let them leave their home. One of two places the sisters were allowed to visit without a chaperone was Delmonico’s, which, at the time, had been the only restaurant that permitted women to dine without the supervision of a male figure. Their father eventually drove away all of the sisters’ marriage prospects, fearing their suitors only wanted money, and the sisters died unmarried in the 1860s. As the story goes, the spirits of the Vandevroot sisters still haunt Delmonico’s at night, looking for husbands. As a nod to this eerie tale, the restaurant is now offering “The Suitor Seance” Martini — a pumpkin spice martini, crafted with vanilla vodka, pumpkin liquor, Cointreau and star anise — for $16.

On Oct. 26, the restaurant at Loews Boston Hotel in Massachusetts will transform into Hawkins, Indiana, the fictional setting of popular Netflix show “Stranger Things.” Precinct will feature ’80s music, classic arcade games, its own version of the “The Upside Down,” a parallel dimension in the plot of the TV series, and themed menu items like Dustin’s Pizza, Strange Popcorn, 11’s Sliders — made with deep-fried chicken, malted waffles and maple-bourbon butter — and the Justice for Barb cocktail. The pop-up will stay open until Nov. 16. 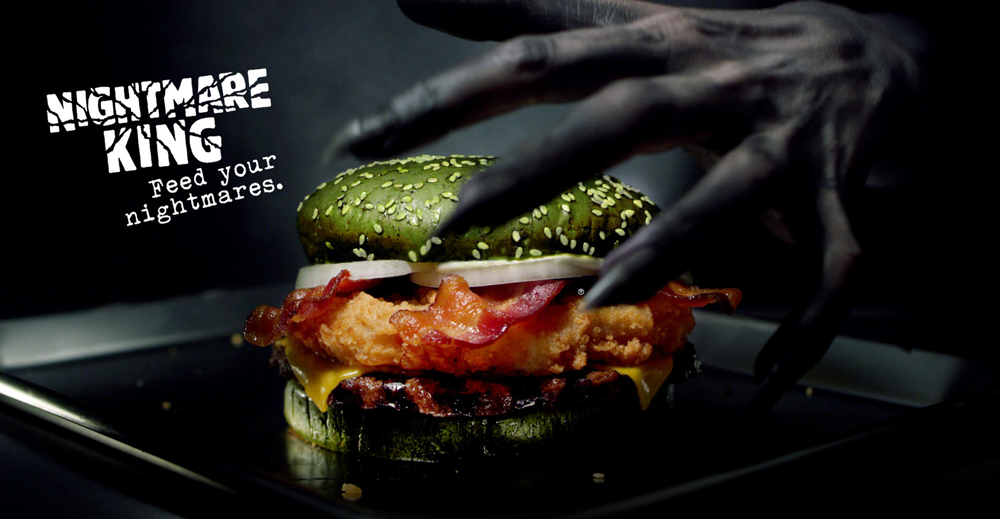