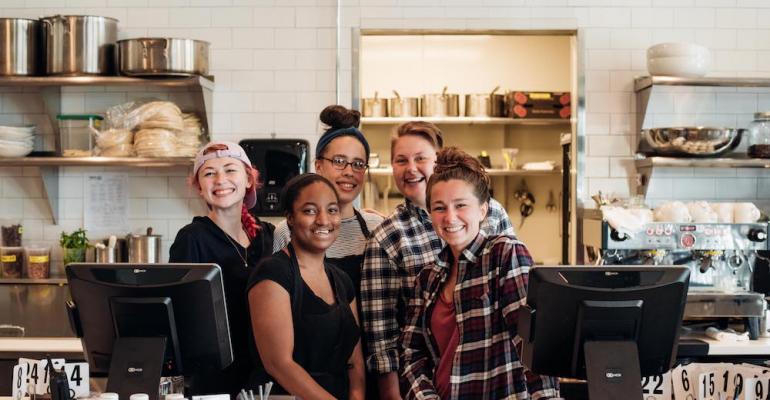 Does your restaurant need a retirement plan?

Legislative changes put such plans in reach for independent restaurants

Offering retirement plans to restaurant employees has helped Indianapolis-based operator Patachou Inc. attract and retain workers, the company said. But its staffers are among the few in the industry who enjoy access to such benefits.

Patachou, which operates multiple casual concepts in the Indianapolis area, launched its 401(k) retirement savings account plan in 2012 and currently has 88 employees, or about a third of its workforce, enrolled.

Related: Making the case for childcare in the restaurant industry

“We decided it was time to offer staff support and encouragement in saving — even if it was just a small portion of their paycheck,” Kim Lewandowski, human resources director at Patachou, told Restaurant Hospitality. “Financial wellness is hugely important to our company.”

The benefit is available to all full- and part-time workers over age 21 after 60 days of employment. Patachou matches employee contributions dollar for dollar up to 3% of their salary, then matches 3.5% for employees who contribute 4% of the salary, and matches 4% for employees who contribute 5% of their salary. The plan is offered by Patachou’s third-party payroll company and administered by the Patachou human resources department.

“We are really proud to be able to offer this amazing benefit when hiring,” she said, adding that the employee response has been “incredible.”

“There are very few restaurant groups that offer this as a benefit, so those that are interested are thrilled to have such a robust and inviting 401(k) plan,” she said.

More restaurant companies could soon be offering retirement plans, however. Legislation around the issue has been evolving at the local, state and national levels amid increased awareness around the shortfall of retirement savings among many American workers in general.

The two biggest barriers that have prevented small businesses such as independent restaurant operators from offering retirement plans have been the cost of running the plans and the difficulties involved in complying with the regulatory environment around them, said Will Hansen, executive director of Plan Council Sponsor of America, an Arlington, Va., retirement plan industry association.

The passage of the federal Setting Every Community Up for Retirement Act, or SECURE, in December has paved the way for the more widespread use of multiple employer plans, he said. These plans, which make it easier for small business to partner with each other to offer retirement benefits for their workers, have long been available, but have been underutilized because of the potential legal risks to the companies that participate, according to Hansen.

“Those legal barriers really were wiped away with the passage of the SECURE Act,” he said.

The new law, which is in the federal agency rule-making process, was scheduled to begin taking effect Jan. 1, though some elements go into effect next year. It should eventually lower costs for small businesses seeking to offer retirement plans, and it also shifts legal liabilities away from the individual employers and onto the plan providers, according to Hansen.

(Note that the multiple-employer retirement plans that Hansen described are different from the union-based plans known as multi-employer plans, which are commonly used by supermarket companies, for example.)

Another change ushered in by the SECURE Act is the elimination of the “commonality rule,” which mandated that businesses had to be similar to each other — all restaurant companies, for example — in order to participate in multiple employer plans. Now plan providers can cast a wider net and recruit employers across a range of industries.

“We're really hoping that this will be a great new product, and a great entry-level product, especially for small companies that really want to offer a plan to their employees,” said Hansen.

Saving for the future

Each state’s legislation is different, with some making employee enrollment automatic (though allowing workers to opt out) for most businesses that do not already offer retirement benefits. The plans are opposed by some financial industry groups and face an uncertain future.

Some private companies have also stepped in with new, digitally driven savings vehicles. One such start-up, Cudos LLC, has begun offering individual retirement accounts that seek to simplify the process for both employees and their workers.

“We offer individual retirement accounts essentially directly to the employees, but it's a program that can be offered by the employer,” said Sam Winter, founder and CEO.

One of the major hurdles that the restaurant industry had also faced, given its relatively young workforce and low pay scale, is convincing these workers that they need to set aside some of their meager paycheck for retirement.

Winter said Cudos seeks to position its offering as a general savings opportunity — not necessarily a retirement plan specifically — to encourage participation.

Lewandowski of Patachou concedes that it can be difficult to convince workers of the importance of saving for retirement.

“This is an industry where every dollar counts,” she said. “Coupled with the fact that our average employee skews younger, it can be a challenge to encourage them to think about saving for their future.”

CORRECTION: This story has been updated to clarify the description of state-backed retirement programs in which enrollment can be automatic, but employees can opt out.