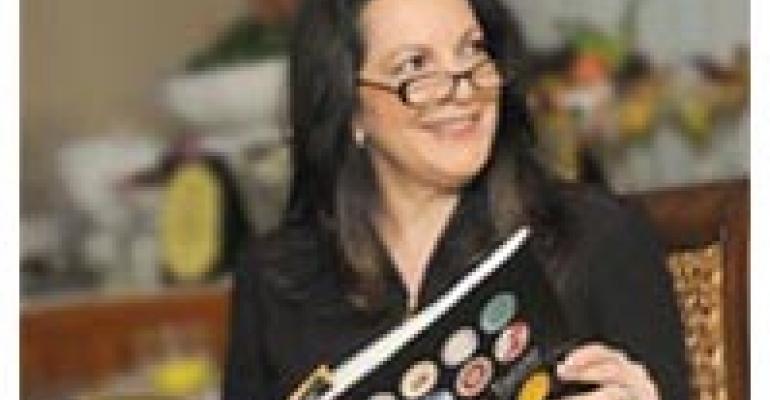 Perhaps the most accurate gauge of how far the Women's Foodservice Forum has come could be found during its recent Leadership Development Conference in Dallas when interim WFF president Linda Pharr thanked “the industry's visionary leaders and emerging leaders for recognizing now more than ever the importance of this conference, and either attending or approving the attendance of their staff.”

Twenty years ago, most WFF members were the staff; now they have a staff. And they hope to call even more shots in the years ahead as the WFF moves toward its goal of achieving gender parity on senior teams and boards by 2020. In the meantime, the group took time during its 2009 event to unveil a commemorative book — Women at the Table — that celebrates WFF's 20-year history.

The group also honored three members during the event. The 2009 WFF Trailblazer Award went to Dr. Rohini Anand, senior v.p. and global chief diversity officer at Sodexo. Loria Danage-Scott, v.p. of ARAMARK, was the recipient of the WFF Leadership Award; and Barbara Kane, assistant v.p. of Ecolab, was tapped as WFF Volunteer of the Year.

Copies of Women at the Table are available for purchase at www.800ceoread.com.