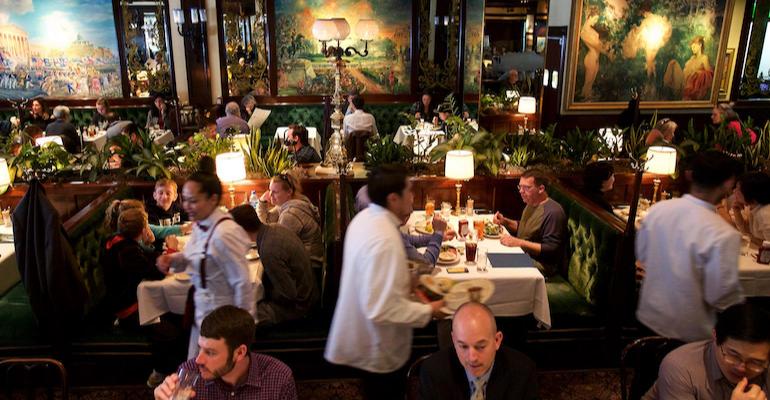 McDonnell joined Clyde’s Restaurant Group as COO in 2016 after serving as an executive at Biaggi’s Ristorante Italiano, a chain of 24 Italian restaurants.

Meyer will stay on with the company in a strategic advisory role, according to the company. He joined Clyde’s in 1983 as the corporate chef.

“Tom’s talent, insight, and passion have genuinely shaped every aspect of this company. He is a restaurant titan who has unwaveringly led with kindness and empowerment over the last four decades,” McDonnell said of his predecessor.

Clyde’s Restaurant Group currently encompasses 11 restaurant units in the D.C.-area — including 1789, Old Ebbitt Grill, The Tombs and The Hamilton — and was purchased by Graham Holdings in 2019. Clyde’s Restaurant Group was Graham Holdings’s first restaurant venture (the company formerly owned The Washington Post before selling to Jeff Bezos in 2013) and was purchased upon the death of Clyde’s CEO and co-founder John Laytham in early 2019.

Graham Holdings’ recent earnings outlined 2020 revenue losses, which have begun to decrease in the third quarter, and have given way for new ideas. According to the earnings statement, “[Clyde’s Restaurant Group] continues to develop and implement initiatives to increase sales and reduce costs to mitigate the impact of COVID-19.”

Along with the announcement of the appointment of McDonnell, Clyde’s Restaurant Group announced a new virtual, delivery-only brand, District MeltHouse, focused on grilled-cheese sandwiches and mac and cheese.

District MeltHouse, which delivers to the DC-metropolitan area, also serves a range of alcoholic beverages including wine, beer, spirits and hard seltzers.