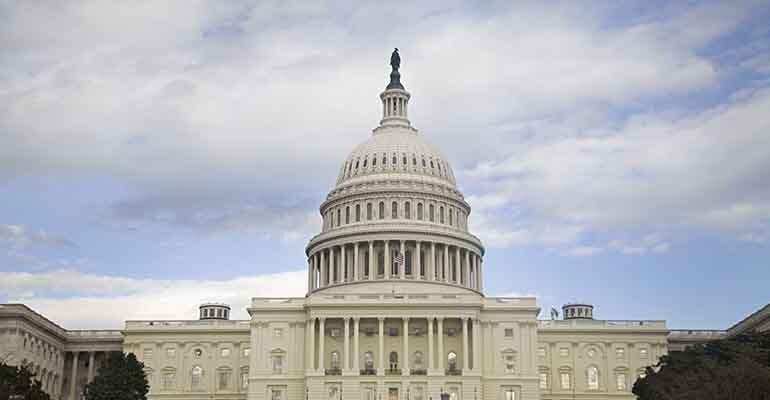 Michael Duva/Stone
The next step for the proposed additional funding is the House.
Operations>Legal

The Senate passed a new $484 billion coronavirus stimulus package Tuesday, which includes what appears to be another $310 billion to replenish the Paycheck Protection Program, or PPP, for small businesses impacted by the COVID-19 pandemic, and sets aside $60 billion for smaller community banks and credit unions that typically serve mom-and-pop borrowers.

Scheduled for a vote in the House on Thursday, the package also includes $10 billion to supplement the Economic Injury Disaster Loan, or EIDL, grants and $50 billion for disaster recovery loans, and another $100 billion to aid hospitals and expand virus testing across the U.S.

Details of the package were unclear late Tuesday. In a statement, Senate Majority Leader Mitch McConnell described the package as offering more than $320 billion in funding for the Paycheck Protection Program with a special focus on community banks and credit unions.

The first $349 billion round in funding for the PPP small business loans as part of the $2 trillion Coronavirus Aid, Relief and Economic Security, or CARES Act ran out just under two weeks after the Small Business Administration began taking applications. Now banks are saying that another influx of $310 billion will run out even quicker and could be depleted again within 48-72 hours because of the demand. Instead, the Consumer Bankers Association told Politico that they need closer to $1 trillion to keep up with demand from businesses.

While allegedly 1.6 million businesses have already received PPP loans, thousands of other businesses have not yet heard back on the status of their applications and are in stasis as they await another round of funding.

The PPP program is aimed at helping small businesses, but many larger businesses and chain restaurants had been able to receive loans in the first round, including Ruth Chris Steak House, Potbelly, Fogo de Chao and Shake Shack — though the latter announced  they would be returning their $10 million PPP loan so that “restaurants that need it most can get it now.”

“If you had a connection with a bank, it was pretty easy to get a loan,” Senate Minority Leader Chuck Schumer (D-N.Y.) told CNN. “If you didn't, from one end of the country to the other, we have been hearing that people can't get the loans. The local restaurant, the local barbershop, the local drugstore, or even startup businesses, manufacturing or services that aren't happening.”

But according to small business advocates like the Independent Restaurant Coalition, simply adding money into the pot — even if it is set aside for small businesses without bank connections — does not fix the multiple issues with the program.

The Independent Restaurant Coalition has called for Congress to also change the origination date of any small business loan to start the day that a restaurant can fully reopen and to extend the maximum loan amounts to three months after restaurants are able to reopen and reach full capacity.

"Today we learned Congress does not care if local restaurants close forever," the IRC said in a statement on Tuesday. "The Senate passed new funding for the Paycheck Protection Program but until that program is fixed, it still won't help America's 500,000 independent restaurants reopen or ensure their 11 million employees have a job when this ends [...] In March, the food and beverage industry represented about 60% of the total unemployment claims. To date, less than 9% of the loans approved have gone to the hospitality industry, and even fewer to independent restaurants. [...] The last stimulus bill included a special $25 billion carve-out to keep 750,000 airline employees working. Why not make a few changes to help independent restaurants, who employ 15 times more people?"

If the stimulus package passes the House on Thursday, President Trump has indicated he will sign it.

"After I sign this bill, we will begin discussions on the next legislative initiative with fiscal relief to state/local governments for lost revenues from COVID-19, much needed infrastructure investments for bridges, tunnels, broadband, tax incentives for restaurants, entertainment, sports, and payroll-tax cuts to increase economic growth," Trump tweeted.