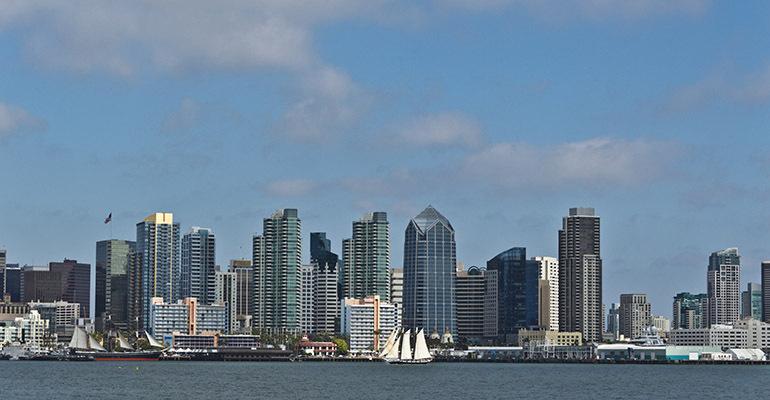 The plaintiffs — two adult entertainment venues called Pacers and Cheetahs — submitted a plan for safe operation of their establishments to San Diego County, including social distancing and sanitization. After they received no response from the county, the venues reopened their establishments and operated for five weeks before receiving a cease-and-desist letter from San Diego’s Health and Human Services Agency, and subsequently filed an action in the Superior Court.

Judge Joel R. Wohlfeil issued a temporary restraining order on Nov. 6 in response to the case, and both venues have since reopened, with no reported cases of COVID-19 reported at either establishment.

In his nine-page ruling on Wednesday, Judge Wohlfeil issued a preliminary injunction stating that while the trial is still pending, Cheetah’s and Pacer’s can stay open and that the ruling also applies to “San Diego County businesses with restaurant service,” implying that San Diego County restaurants can also reopen despite the regional stay at home orders.

Related: California joins cities and states battling dining restrictions in court. But are the lawsuits having an impact?

The judge’s ruling stated that “the County has provided the Court with no evidence that San Diego County businesses with restaurant service […] present any risk — much less a greater risk than before Governor Newsom issued his December 3, 2020 Regional Stay at Home Order — to the spread of COVID.” He also questioned “whether there is a rational nexus” connecting the operation of restaurants and adult entertainment venues with the rise in regional ICU cases.

In response to the ruling, the county of San Diego published a statement:

“The state and the county are analyzing the scope of the ruling and discussing next steps, which includes seeking clarity from the court. Until we have clarity, we have suspended enforcement activities against restaurants and live entertainment establishments.”

San Diego County Supervisor Jim Desmond said that he “assumes the state will appeal” the court’s decision” but believes “restaurants should be allowed to safely reopen.”

How this all plays out, that remains to be seen? We assume the State will appeal and my colleagues voted to appeal along with the State. @KristinDGaspar and I voted to not appeal their decision. We believe that businesses should be allowed to safely open.

But not all County supervisors agree with Desmond:

2020 is so strange: On a day with record number of ICU patients and hospitals telling us they are cancelling cancer patients have their tumors removed, my colleague is bragging about fighting to keep strip clubs open. https://t.co/ZB6dGcwBHA

In a statement sent to Fox News, California Gov. Newsom’s office said that they were “disappointed” in the judge’s decision and are reviewing legal options for their next steps.

Gov. Newsom issued a regional stay-at-home order on Dec. 3 for select areas of the state, including Northern and Southern California, for at least three weeks while the state tries to mitigate rising COVID-19 hospitalization rates. In these regions, restaurants are banned from implementing both indoor and outdoor dining and have to revert to delivery and takeout.

“I deeply empathize with the stress and struggles our restaurants have had,” Newsom said when he initially announced the order.

Additionally on Dec. 3, a judge ruled that Los Angeles County officials must show evidence that links outdoor dining to the ongoing rise in coronavirus cases, marking an important step toward a legal victory for the California Restaurant Association which has said in court that restaurants are being unfairly blamed for the rise of coronavirus cases throughout the county.

Viewpoint: The Employee Retention Credit is a valuable benefit that may well take the place of expiring PPP Loans
Mar 29, 2021