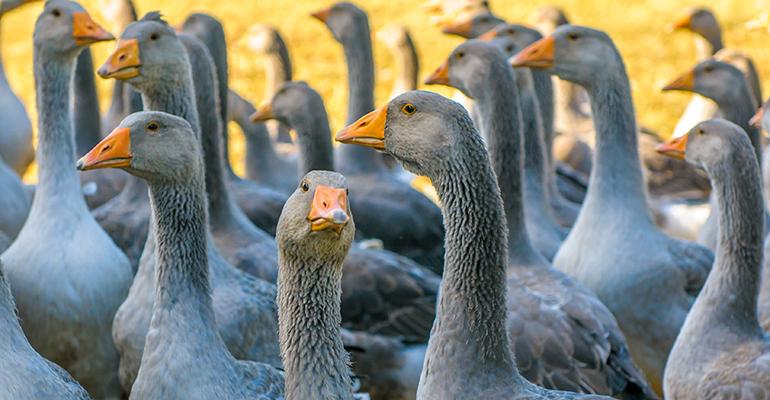 Legislation will take effect in 2022

The New York City Council on Wednesday voted 42-6 to ban the sale of foie gras. The legislation, expected to lapse into law without veto or signature by Mayor Bill de Blasio according to the New York Times, will take effect in three years.

Once the ban takes effect, restaurateurs can be fined $1,000 for serving the luxury product or serve up to one year in prison. Currently, an estimated 1,000 New York City restaurants serve foie gras on their menus.

Foie gras producers have been fighting the ban for months, arguing that the farms that supply New York City will effectively have to close once the ban is in place, decimating an industry and putting 400 workers out of jobs.

“We’re beyond grateful to Council Member Carlina Rivera for sponsoring a bill that will ban the sale of one of the cruelest food items on the planet: force-fed foie gras,” said Matthew Dominguez, political advisor for Voters for Animal Rights.

Chefs across New York took to city hall to protest the legislation earlier this year.

New York farmers insist the practice is ethical and humane. The ducks “run free and unrestricted in large, regularly cleaned, well-ventilated spaces” and are treated better than supermarket poultry. The council members and supporters of the bill never visited the farms, despite an open invitation from the farmers after the bill was introduced.

Luis Alvarez, chairman of the Sullivan County legislature, previously told Restaurant Hospitality that foie gras is the “low hanging fruit” in the ethical animal farming conversation — one in which big farming practices are ignored while smaller distributors are targeted.

Catskill Collective, the new group formed by the three largest suppliers to New York City — Hudson Valley Foie Gras, La Belle Farm and Rougié — pledged to fight the ban in court. In California, a similar foie gras ban was held up in court for years, though the state Supreme Court declined to hear an appeal earlier this year, which has left the ban in place.

The Collective argues “thousands of workers have been given a pathway to legal citizenship because of the farms’ legal practices,” according to a press release.

Social media has been abuzz with comments from the restaurant and animal rights industry since the vote became public:

“Can we say that feeding kids high fructose corn syrup causes « less suffering » than the production of foie gras?  I don’t know, but I don’t think we have asked all of the meaningful questions and considered enough opinions to start banning individual food items without core principals and processes guiding our decisions,” said Daniel Rose, chef/partner of Le Coucou in New York City, in a statement.