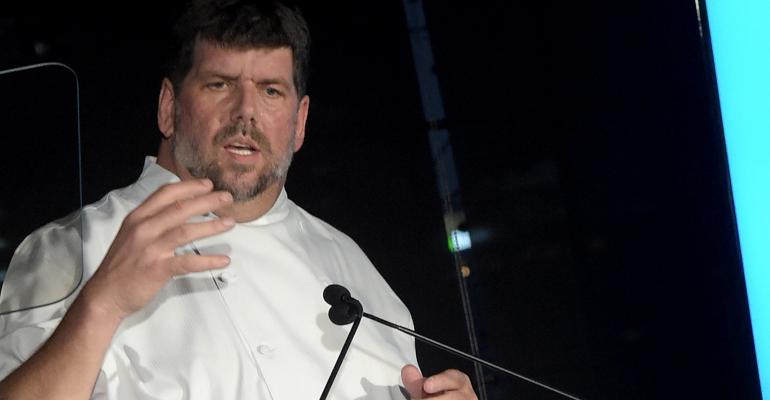 How to write a solid restaurant operating agreement

Partners of Atlanta chef and restaurateur Kevin Rathbun have gone to court to stop his attempt to purchase their interests in three of his concepts, according to court filings.

It’s a common dispute that illustrates the importance of a restaurant operating agreement as a “pre-nup” of sorts that can ease the strain of a business breakup, according to an outside attorney watching the case.

“You need to have a thoughtful conversation on the front end. No one likes to do that. No one wants to talk about divorce,” said Simon Bloom, founding partner of law firm Bloom Parham, based in Atlanta.

“But the number one mandate should be the involvement of an experienced attorney who can sit down with all parties and spin out the various scenarios that often happen in a restaurant partnership context.”

In the Rathbun case, two former employees and minority partners in some of Rathbun Restaurants, Clifford Bramble and Kirk Parks, filed a complaint for declaratory judgment in Fulton County Superior Court last month seeking to prohibit Rathbun from buying them out.

Parks, however, resigned from the company in 2016 and Bramble resigned in 2017. In January this year, Rathbun notified them of his intention to purchase their interests in the company, following the termination provisions in the operating agreements.

The dispute, however, involves interpretations of those operating agreements and variations in the language among the agreements for the various entities.

Bramble and Parks also contend that Rathbun had no right under the operating agreement to purchase their shares and that he didn’t follow the proper procedures.

At attorney for Rathbun said they plan to file counterclaims in March, and that an assessment of fair market value for one of the entities in dispute is underway. It remains to be seen how the issue will be resolved.

Bloom, meanwhile, who is not involved in the case, sees two key lessons to be learned for any restaurant operator considering a partnership agreement.

An operating agreement should specify what might trigger the rights of one party to unilaterally purchase the interest of partners, said Bloom.

In the Rathbun case, the termination of employment is established as the trigger, but operating agreements can be very specific and those triggers are key, said Bloom.

“It could be a conflict of interest. It could be that you have another permanent full-time job. It could just be that I want to buy you out,” he said. “These are the terms that have to be discussed when you’re entering into a partnership.”

Some agreements might use the partners’ capital account to determine the amount, others might cite fair market value. But the latter can be seen as indefinite language, said Bloom.

A good operating agreement will provide a method for calculating fair market value, or a method by which it might be objectively ascertained, said Bloom.

Partners might agree to each pick an assessor and split the difference, for example. Methods can vary, but the key is for all parties to agree up front how it might be done.

Rathbun, meanwhile, remains confident that the operating agreements in his case are clear and well written.

“I don’t think the other parties think the same way,” he added. “But it says what it says.”

The chef and restaurateur is the brother of Dallas chef Kent Rathbun, who has also been battling with a former partner over rights to his name after a bitter split in 2016.