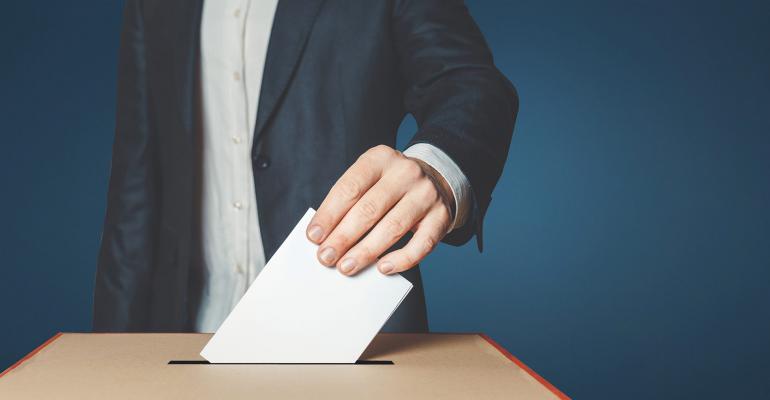 How the election could impact restaurants

When voters head to their election places on Tuesday, they will weigh in a number of measures affecting restaurants. Issues range from statewide minimum wage increases to regulations around local sales of adult beverages.

Two states — Arkansas and Missouri — will be voting on raising the minimum wage. Adult beverage service on Sunday mornings is on the ballot in a number of Georgia jurisdictions, and Minneapolis, Minn., voters will consider revising liquor laws to incorporate alcohol sales in some areas not covered now.

Here are some of the measures that will be decided on Tuesday:

Arkansas voters will be voting on a measure, originally rejected by the state’s attorney general but ordered by the state supreme court, to raise the minimum wage from $8.50 an hour to $9.25 an hour, starting Jan. 1. It would increase to $10 an hour in 2020 and to $11 by 2021. The federal minimum wage remains at $7.25 an hour. Arkansas last passed a minimum wage increase in 2014.

Missouri’s general election ballot includes a referendum to raise the minimum wage from $7.85 an hour to $12 an hour by 2023. More than 120,000 residents signed petitions, filed in May, to get the measure on the ballot. It would maintain Missouri’s current tip credit of 50 percent of the minimum wage and adjust future increases with changes in the federal Consumer Price Index. Penalties for violations would require employers to pay underpaid workers the full amount of the wage rate plus an additional amount equal to twice the unpaid wages. Missouri last passed a minimum wage increase in 2006.

Voters in Anaheim, Calif., will be voting on an initiative, known as Measure L, that would require businesses in the Anaheim Resort District to pay workers at least $15 an hour starting in January — with $1 annual increases through 2022 — if they receive a city tax subsidy (or are a tenant of, or subcontract for, a company that does). They would also have to employ at least 25 people to be included under the measure. Late last month, Anaheim City Attorney Robert Fabela issued an official opinion that said the measure would not apply to Disney, which has the Disneyland Resort in Anaheim.

Voters in 36 cities and 18 counties in Georgia will be voting Tuesday to move up alcohol sales at restaurants and bars to 11 a.m. on Sundays from the existing 12:30 p.m. limit. Georgia Gov. Nathan Deal signed Senate Bill 17, which some have dubbed the “mimosa mandate,” in May, allowing local jurisdictions to approve the option. The Georgia Restaurant Association, which supported the option, has a list of local jurisdictions that are considering moving up the service time.

Minneapolis voters will be voting on a city charter amendment that would allow wider liquor sales and get rid of a restriction on liquor licenses to establishments within seven acres of commercially zoned areas. A number of neighborhood restaurants, outside of commercially zoned areas, currently cannot qualify for liquor licenses because of the so-called “seven-acre rule.” Restaurant owners support the measure, and it has drawn no organized opposition.

In addition, a number of jurisdictions elsewhere in Minnesota on Tuesday will be deciding whether to allow local sales of alcohol on Sundays.

Voters in Jacksonville, Ore, a town of about 3,000 in southwest Oregon near Medford, will be considering Measure 15-180, which would add a 5 percent tax to all food and non-alcoholic beverages purchased in the town. The tax would affect sales of caterers and other food prepared for immediate consumption. The revenue would go to fund the police department as an alternative to a citywide surcharge on residents’ water bills.