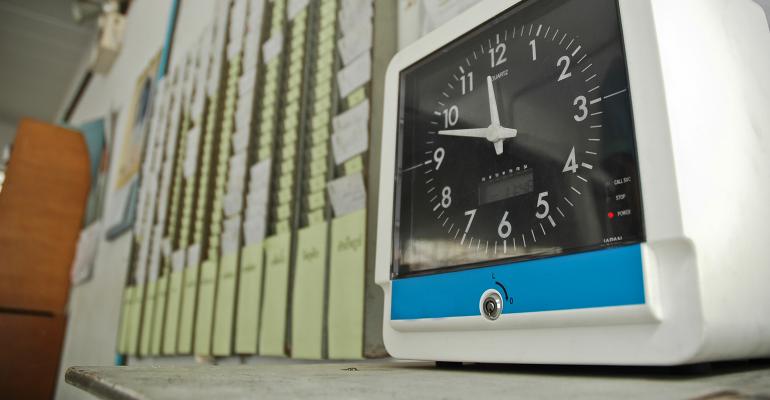 Workers will also receive back pay faster under pilot program

Employers could potentially avoid costly litigation and civil penalties for wage-and-hour violations under a pilot program announced by the Department of Labor on Tuesday.

The Payroll Audit Independent Determination, or PAID, program is designed to expedite the resolution of overtime and minimum wage violations under the Fair Labor Standards Act, or FLSA.

The goal is for workers to receive back wages they are owed faster and without having to pay costly litigation expenses and attorneys’ fees, the DOL said.

But the program would also give relief to employers, allowing them to resolve wage issues without facing penalties or the cost of battling wage-and-hour complaints in court.

“If an employer comes forward and says, ‘I made a mistake,’ we should make it simple to pay up,” said labor secretary Alexander Acosta at a Congressional hearing on Tuesday, according to the Wall Street Journal.

After piloting the program nationally for six months, officials will evaluate and determine whether it will be made permanent.

Wage-and-hour lawsuits are common across the restaurant industry, often costing employers significant amounts of money to resolve or settle. Among the most common complaints are issues like off-the-clock work, the failure to pay overtime or misclassification of employees as exempt from minimum-wage requirements, the DOL said.

In February, for example, the operator of Don Carlos Mexican Restaurants in Houston was ordered to pay $97,080 in back wages and an equal amount in liquidated damages to 24 workers to resolve overtime and record-keeping violations, following a DOL investigation.

Under the PAID program, the DOL’s Wage and Hour Division would oversee resolution of such violations and ensure that employees are promptly paid what they are owed.

Employers that participate in the program then would not face penalties or liquidated damages. If the workers accept the payment of back wages, they release their right to sue the employer, at least for the specific violations cited.

Participating employers will be asked to conduct a self-audit of compensation practices and voluntarily identify any potential violations that need to be resolved.

Bryan Jarrett, acting administrator for the DOL’s Wage and Hour Division, wrote in The Hill that employers are sometimes the first to uncover overtime or minimum wage violations, but current law doesn’t allow them to simply pay the wages due to settle the matter. Some choose not to address the violations at all in fear of a DOL investigation or lawsuit, he said.

Employers cannot participate in PAID if they are currently in litigation or under investigation by the DOL for FLSA violations, the DOL said.

They also can’t use the PAID program repeatedly to resolve the same issues — the program is designed to identify and correct non-compliant practices.

Atlanta attorney Andria Ryan, chair of the hospitality practice for law firm Fisher Phillips, said the pilot is a good thing for employers.

There are horror stories in which workers might collect a couple thousand dollars, but the attorneys involved charge huge fees, which would be paid by the employer if they are found in violation, in addition to their own legal fees and penalties, she said.

“They often don’t have the resources to pay the expense of a defense,” she said, though she added that employers may want to hire a lawyer to make sure there is a violation initially.

The National Employment Law Project, however, told the Wall Street Journal it opposed the program.

“It’s a get out of jail free card for employers,” said Judy Conti, federal advocacy coordinator for the project, who added that it was an effort by President Donald Trump’s administration to “stack the deck in favor of employers.”