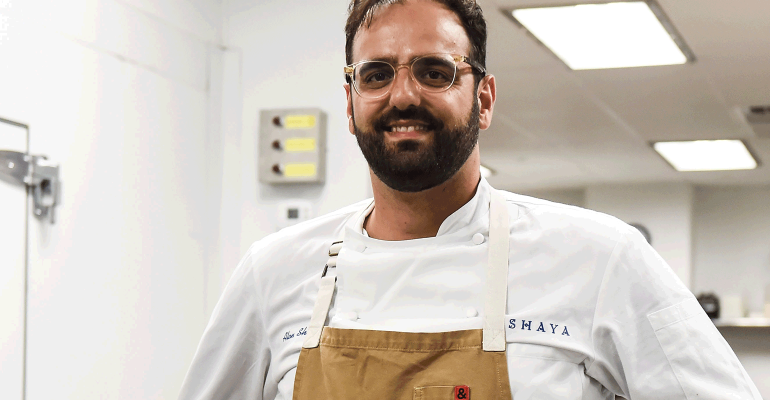 BRG owners John Besh and Octavio Mantilla pushed back in filings on Tuesday, playing down the Israeli chef’s role in developing the restaurant that bears his name.

Besh stepped down as CEO of what was then called Besh Restaurant Group in October 2017 after the New Orleans Times-Picayune published a series of articles detailing accusations of sexual harassment at the restaurant company following an eight-month investigation. He remains an owner of the company, however.

The New Orleans based restaurant group, which operates eight concepts and a private-event space, later changed its name to BRG Hospitality.

Alon Shaya was fired by BRG in September 2017, and the same day the chef filed a trademark application claiming exclusive rights to the mark “Shaya,” later demanding that the restaurant cease and desist from using the name, court documents said.

In court documents, chef Shaya contends that his goodwill will be harmed by the association with a business over which he has no control, and because the businesses owners have been accused of sexual misconduct. Shaya was later asked to join the project, and they described him as skeptical at first. Still, Besh, Mantilla and Shaya ended up sharing equal ownership of the concept. The trio also considered opening a fast-casual variation that was to be called Hummusiya Shaya, according to the filings.

Besh also described his close friendship with Shaya, who first started working for the company at Besh Steakhouse, saying the young chef evacuated with Besh’s family during Hurricane Katrina and got married in the Besh family’s front yard.

“I decided to prioritize Alon Shaya as a chef that we would sink a lot of financial and public relations resources into,” Besh said in the filing.

Mantilla said Alon Shaya had attempted to separate his interests from the larger restaurant group, including the operating agreement for the restaurants Shaya, Domenica and Pizza Domenica, beginning in late 2015. Because those changes were not made, the relationship began to deteriorate.

“Alon became increasingly belligerent and demanding as to the timing and terms on which he wanted to see our business interests separated and our interests in Shaya sold to him,” said Mantilla in the filing. “His attitude towards me and John became combative, insulting and offensive, especially as we had once been good friends.”

Both parties took the issue to court last year after after chef Shaya’s attempts to buy the restaurant from BRG fell apart. Chef Shaya has stated that he is no longer interested in buying the restaurant, but wants to obtain rights to his name.

In addition, the restaurateur Shaya has launched the Shaya Barnett Foundation in New Orleans to help high schools build better teaching kitchens, according to his website, and he has a cookbook due out in March called “Shaya, an Odyssey of Food, My Journey Back to Israel.”

Oral arguments on the injunction are scheduled for Feb. 7.