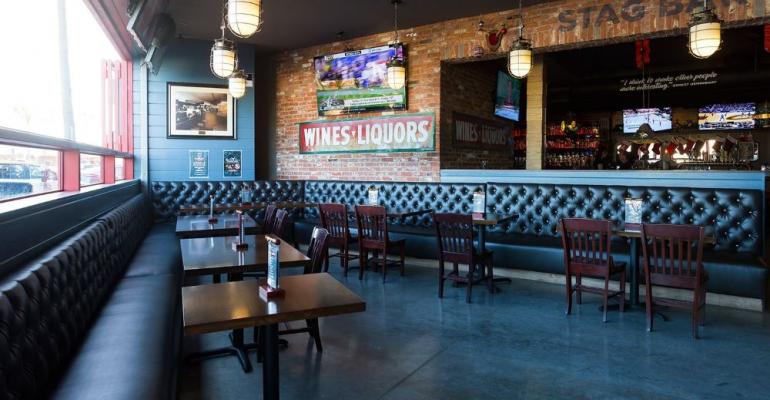 Restaurants file refund claims in Los Angeles, Orange, San Diego, Sacramento and Monterey counties; they maintain they should not be paying fees in full when the state is restricting restaurant operations

Restaurant owners say they should not be paying fees in full when the state is restricting restaurant operations.

“Restaurant owners are obligated to pay these government fees just to operate, yet the same government entities who have collected those fees have forced these businesses to close their doors or drastically restrict operations due to the pandemic,” Brian Kabateck, the attorney representing the restaurants, said in a statement.

“We simply want the government to return those fees to those restaurants who followed the law and closed,” he said.

Kabateck said more claims will be filed in the coming days in San Francisco, Fresno and Placer counties. The state has 45 days to respond. He said filing these claims “is the first step before pursuing a class-action lawsuit.”

In a statement sent to Nation's Restasurant News, California Gov. Gavin Newsom’s administration said it has been “deeply sympathetic to the difficulties facing restaurants” across the state.

“Early on, the state provided various forms of regulatory relief to restaurants, such as allowing the sale and delivery of alcohol to-go, provided fee relief by postponing annual renewal fees for 30 days without penalties, and quickly approving temporary catering authorizations that allow for an expanded footprint for Alcoholic Beverage Control (ABC) licensed businesses, giving them more room to serve patrons and still allow for social distancing,” the governor's office said. “ABC has kept an open line of communication with the industry throughout and continues to do so in order to hear the concerns and ideas from the industry as we respond to the pandemic while fueling our economic recovery.”

In late August, Newsom outlined a more-cautious path for restaurants to follow when reopening for dine-in service.

Under the Blueprint for a Safer Economy, counties must reach certain COVID-19-reduction milestones before restrictions are loosened. The framework is based on the average count of new coronavirus cases per 100,000 people per day, as well as the average positivity rate.  The new guidelines make it difficult for larger and more populous counties to move through tiers swiftly.

Los Angeles County remains in the ”Widespread” tier, which limits restaurants to outdoor dining only.

Kabateck said it is offensive for state and local officials to charge fees for licenses and permits that restaurants are unable to use in counties where indoor dining is still not allowed like Los Angeles.

Restaurants making claims include 33 Taps, a sports bar on Sunset Boulevard in Los Angeles; Cowboy Star in San Diego County and Pizzeria Ortica in Orange County, which is now closed.

“Even when the restrictions are lifted, the devastating impact on the restaurant industry will extend for years,” Jot Condie, president and CEO of the California Restaurant Association, said in a statement.  “Restaurants have not received any form of relief. Easing fees would help enable establishments to stay open and keep vulnerable workers employed.”

Before the pandemic, 1.4 million Californians worked in restaurants, according to the CRA. Since March, the association says 900,000 to 1 million of these workers have either been laid off or furloughed. In a late August CRA survey, 63% of restaurant owners said they have not received any rent relief.

Update, Oct. 27, 2020: This story has been edited to include a statement from California Gov. Gavin Newsom.

Five Things: Hakkasan Group is acquired by Tao Group Hospitality; what to do if your Paycheck Protection Program loan is not forgiven
May 04, 2021