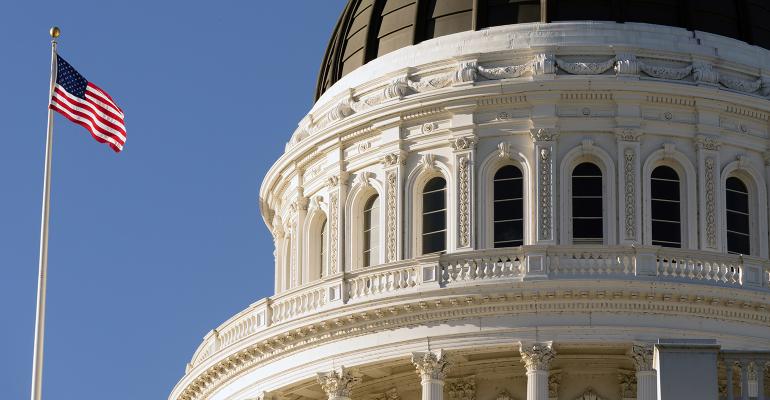 California’s attorney general on Tuesday issued guidance to employers across the state about how to handle the privacy rights of workers when federal immigration agents arrive at the door.

The guidance comes after state legislation known as Assembly Bill 450 went into effect on Jan. 1 prohibiting employers from voluntarily giving immigrant enforcement officials access to nonpublic areas or to worker employment records without a warrant or subpoena, except as otherwise required by federal law.

With employers facing state fines of up to $10,000 for violations, the state law left many feeling stuck in a battle between federal and state lawmakers over immigrant rights at a time of increased worksite raids.

Attorney General Xavier Becerra, however, said the guidance would offer clarity to those employers, emphasizing that they are not being compelled to violate federal law.

“Everyone has an obligation to follow the law, whether it’s the Constitution, federal or state law,” he said in a statement.

“AB 450 works in concert, not in conflict, with our Constitution and federal laws.”

The goal of AB 450, also known as the Immigrant Worker Protection Act, is to help both workers and employers feel more secure by educating them about their rights and responsibilities under the law, Becerra added.

California Rep. David Chiu, D-San Francisco, who authored the bill, reportedly said at a press conference that the guidelines are designed to make sure employers are not “aiding and abetting the anti-immigrant enforcement arm of Donald Trump’s deportation machine and that is exactly what this law is about. We want to make sure that Donald Trump and his [Immigration and Customs Enforcement] agents are following the law and the Constitution.”

In a statement to the San Francisco Chronicle, meanwhile, ICE officials said their investigators help fight worker exploitation, “illegal wages” and child labor, among other unlawful business practices, and that AB 450 reflects another effort to interfere with federal immigration enforcement efforts.

Under the state law, employers are prohibited from voluntarily granting immigration enforcement agents access to nonpublic areas of the worksite without a judicial warrant.

In a Q&A, the guidance goes into more detail about specifics, such as what “voluntary consent” means, for example, or what qualifies as a “nonpublic space.”

Consent can’t be the result of duress or coercion, either expressed or implied, the guidance said. If the employer freely asks or invites the agent into a nonpublic area with words or by opening doors, that could be seen as voluntary consent. But employers don’t have to physically block or stop an agent from entering a nonpublic space, and whether consent was given could be determined on a case-by-case basis, the guidance said.

Employers may not give voluntary consent for immigration agents to access, review or obtain employee records without a subpoena or judicial warrant. That provision, however, does not apply to requests for I-9 employment eligibility verification forms or other documents for which a notice of inspection has been provided to the employer.

Other guidelines include, for example:

• Employers are also prohibited from re-verifying employment eligibility except as required for hiring. The provision does not restrict or limit appropriate use of the E-Verify system.
• Employers are required to provide each worker or an authorized representative with notice of an I-9 inspection or other employment records by immigration agents within 72 hours of receiving notice of the inspection. That notice has to be in the language typically used to communicate with the worker and must include certain specified information. A template has been developed by the California Labor Commissioner to ensure compliance.
• Workers should be provided with a copy of the results of the immigration inspection and written notice of the obligations of the employer and affected employee within 72 hours of receipt of the results.

That notice of results should be hand delivered at the workplace, if possible, or by mail or email, if necessary, and it should also include specific information, including a time period for correcting potential deficiencies, and notice that the worker has a right to representation during any meeting scheduled with the employer.