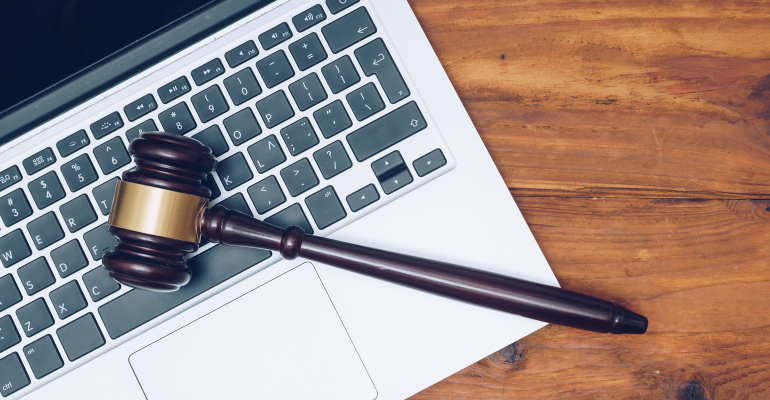 Are your digital services ADA compliant?

If your restaurant’s website and mobile app do not yet meet industry guidelines for accessibility by disabled guests, your company may be vulnerable to costly lawsuits, according to legal experts.

Although the inclusion of websites and mobile apps as public accommodations covered by Title III of the Americans with Disabilities Act remains a gray area in some respects, it is becoming increasingly difficult for restaurant operators to defend lawsuits alleging ADA violations.

A recent ruling by the Eleventh Circuit Court of Appeals in a suit against Dunkin’ Donuts essentially eliminated one of the key lines of defense that businesses had against plaintiffs alleging that certain websites were in violation of the ADA.

While some previous court rulings had determined that websites only violate the ADA when they effectively restrict access to physical locations, the court indicated in its decision that a website can also be in violation if it impedes access to certain services, such as the purchase of gift cards, according to a summary in The National Law Review by attorneys Jennifer Rusie and David Raizman of the law firm Ogletree Deakins.

Federal lawsuits alleging ADA violations by company websites across all industries have been multiplying and are on pace to number more than 2,000 this year, after about 800 were filed in 2017, according to Brian Cole, an attorney at California law firm Carothers DiSante & Freudenberger. Some ADA lawsuits have also begun to include mobile apps in their claims, an area Cole sees as a next frontier in ADA lawsuits.

ADA website lawsuits generally allege that users who have vision problems or other disabilities are unable to access information from a website using screen-reading software designed for that purpose. The increase in ADA litigation around website access reflects not only the ease with which such lawsuits can be filed, but also the increasing prevalence of digital media in foodservice marketing and operations, said Colin Calvert, a partner in the Irvine, Calif., office of law firm Fisher Phillips.

Companies often run afoul of the law, legal experts said, when they update their websites with new features such as videos that might not be interpreted accurately by the screen-reading software.

Compounding the challenge for businesses seeking to make their websites more ADA compliant is the lack of federal guidelines.

The courts have relied on voluntary industry standards called Web Content Accessibility Guidelines, or WCAG, which were developed by the World Wide Web Consortium a decade ago and were updated to version 2.1 in June of this year to reflect technological advances and to be more inclusive of conditions, such as cognitive decline, that could hinder a user’s ability to access a website.

Experts said operators should seek to comply with these guidelines, even though they have not been codified as law.

The WCAG standard “is probably the standard that the [U.S. Department of Justice] is heading towards, because it is what they have used in bringing in their own actions over the course of the last couple years,” said Cole of Carothers DiSante & Freudenberger.

There are several steps operators can take to guard against these ADA lawsuits:

Calvert of Fisher Phillips said he advises clients to contact their website hosting firm to run a diagnostic scan to ensure they are in compliance with the latest guidelines.

“Proactively, I think it makes sense for every company that has a website that might have this access issue to run that diagnostic, and address this issue, and most importantly document that they are taking steps to comply,” he said.

Documenting the tests and the remedial actions taken mirrors a defense that has been effective in traditional ADA cases centered around physical building access, Calvert said.

Operators should also make sure that their website and app vendors are up to speed on the latest guidelines.

“You’re really going to want to work with vendors that are proficient in website accessibility,” said Cole.

He said many contracts with third-party web designers and content providers now include a requirement that any new additions to the website comply with WCAG guidelines.

One tactic that some companies have deployed is posting a disclaimer on the website explaining that the company has done everything in its power to ensure that its website is accessible to all potential customers and offering a telephone number to call if users encounter any difficulties.

“From a legal perspective, you could argue that [the plaintiffs] are not necessarily suffering any type of damage because they had alternate means to obtain that information,” Calvert explained.

He added, however, that such a strategy might work best for large firms that have the resources to employ a knowledgeable staffer to answer the phones and provide complete information.

That came up in one ADA lawsuit filed against Pizza Hut parent Yum Brands Inc. Guillermo Robles, who is blind and uses screen-reading software to access websites and mobile apps, alleged that when he was unable to successfully access the Pizza Hut website, he tried to call a number given to offer assistance, but was put on hold for 45 minutes before he gave up.

Earlier this year, a court ruled against Pizza Hut’s motion to have the case dismissed.

Get feedback from users.

She also noted that many companies have taken steps to make their online job applications more accessible.

“With so many WCAG guidelines to follow, it’s clear that website accessibility is an ongoing process,” she said. “Once they have started testing their website, it will be best if they also receive input from testing by people with disabilities who can highlight important issues that they may have overlooked.”