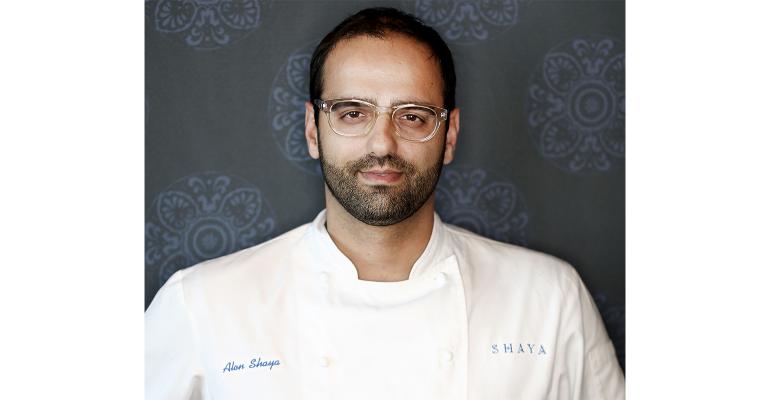 Chef Alon Shaya is suing to regain the rights to his name amid an ongoing legal battle with the Besh Restaurant Group over the marquee New Orleans restaurant he opened in 2015.

On Thursday, Shaya filed a counterclaim in the U.S. District Court for Eastern Louisiana after the Besh Restaurant Group, or BRG, sued to keep the trademark “Shaya,” the name for the highly acclaimed restaurant he opened in 2014, and prevent the chef from using his name in future businesses.

“I’m profoundly disappointed that we have come to this point,” Shaya said in a statement released by his lawyer. “After more than a year of trying in good faith to buy Shaya Restaurant, I am now forced to fight in court for the rights to my own name.

“Shaya is more than a sign on a restaurant,” he said. “It is my personal and culinary heritage, and I will not give up my fight to reclaim it.”

Trademark disputes between chefs and investors have become increasingly common, ranging from Waldy Malouf and David Burke to Kent Rathbun and Chloe Coscarelli.

Shaya, who said he owned a third of Shaya Restaurant, with equal shares owned by Besh Restaurant Group founders John Besh and Octavio Mantilla, said he has given up on buying the New Orleans restaurant. Negotiations had been ongoing over the past year. BRG alleged that Shaya was not a vested owner in Shaya.

Besh stepped down from BRG in October, after 25 female employees alleged sexual harassment in a Nola.com story by Brett Anderson.

“The owners of Shaya have made multiple generous offers to sell their restaurant to Alon for a price much lower than market value, all of which have been rejected,” said Shannon White, BRG CEO, in a statement.

“While it is unfortunate that Alon would attempt to leverage the nola.com story, rather than simply pay a fair price for the restaurant, we know that our employees and patrons realize that there is much more to this story than what Alon contends in his lawsuit,” White said. “We are left with no choice except to present the facts and the rest of the story through the court filings, which will be forthcoming.”

BRG also said Shaya, who served as executive chef at partner properties Domenica and Pizza Dominica, had not used the name prior to opening Shaya, which Shaya’s claim on Wednesday disputed.

In the district court filing, the chef’s lawyers said, “Alon Shaya has endured watching his personal brand, as embodied by his treasured namesake restaurant, become irreparably tarnished by association with the widely reported immoral, unethical, and undignified behavior of Besh, Mantilla and BRG.

Shaya has created another company, Pomegranate Hospitality, to develop restaurants in New Orleans.