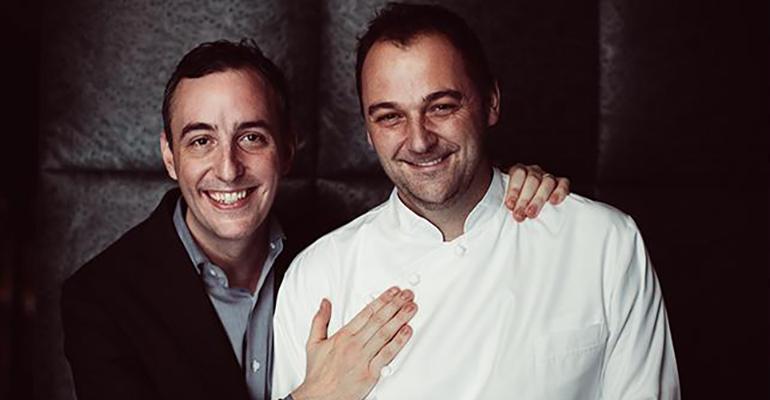 In what has been described as a most powerful restaurant marriage come to an end, the owners of the New York-based Make It Nice restaurant group are reportedly splitting up.

Chef Daniel Humm, who with business partner Will Guidara operated the vaunted New York restaurant Eleven Madison Park, as well as the NoMad concept and fast-casual Made Nice, is taking over the restaurant group, according to The New York Times. Employees were notified of the split in an email on Monday.

Guidara and Humm did not immediately returns Restaurant Hospitality’s requests for comment.

With the help of an investor, Humm will buy out Guidara’s share of the business. Guidara plans to launch his own restaurant group. Terms were not disclosed.

The two operators met while working at Eleven Madison Park, which they later acquired from Danny Meyer’s Union Square Hospitality Group in 2011. The restaurant was transformed by an overhaul in 2017.

Make It Nice also operates the hotel/restaurant concept NoMad with locations in New York, Los Angeles, Las Vegas and, soon, London, as well as the fast-casual concept Made Nice in New York.

Humm has plans to open a restaurant called Davies & Brook in London’s Claridge’s hotel this summer, and there has been talk of a new concept at 425 Park Avenue in New York, to open in 2020 or 2021.

The breakup was described as amicable.

“It’s been an incredible run and I think we both learned a lot from each other, but we also have evolved in different ways,” Humm told the Times. “We’re extremely proud. We just came to the conclusion in the end that what would be best for the company is if I continue to run it and Will was gone.”

Humm said there will be some staffing changes, but the core operation will stay the same.

Guidara told the Times more will be revealed later about his plans. The restaurateur is also married to Christina Tosi, founder of the Milk Bar chain, whose company is also growing following a strategic investment by RSE Ventures in 2017.

Hotel restaurants turn to grab and go for service during coronavirus
Jul 20, 2020