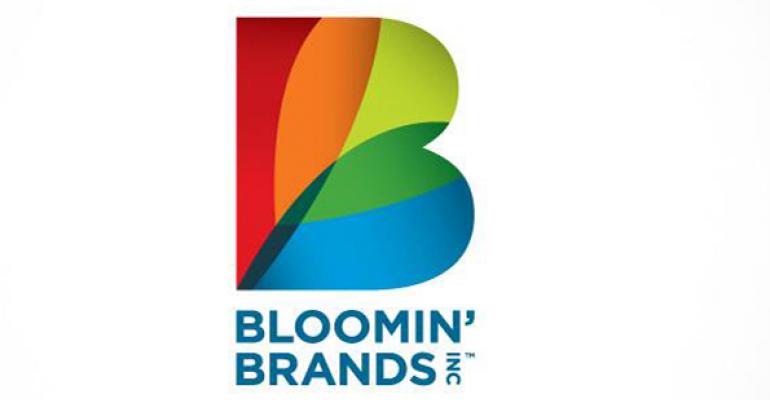 The first Bloomin’ Brands earning reports gave investors a good look at how this company is doing. News about the strategy for growing its casual dining brands was revealing, too.

Freshly minted public company Bloomin’ Brands’ had plenty of positive numbers to share with Wall Street analysts during its first-ever earnings conference call. But the parent company of Outback Steakhouse, Carrabba’s Italian Grill, Bonefish Grill and Fleming’s Prime Steakhouse threw in plenty of insight about how the casual dining segment is performing now and where it might go next.

It’s expected that the initial quarterly results from any company that has just gone public—the Bloomin’ Brands IPO was completed on August 13—will be good.  Bloomin’ Brands second quarter 2012 numbers didn’t disappoint.

Overall revenue was up 2.7 percent. Same-stores sales for company-owned units (1,253 stores are company-owned while another 197 are franchised or are joint ventures) were up 2.4 percent. Individual brand same-store sales numbers were Outback Steakhouse, up 2.3 percent; Carrabba’s Italian Grill, up 1.5 percent; Bonefish Grill, 2.1 percent; and Fleming’s Prime Steakhouse and Wine Bar, up 6.8 percent.

It’s a strong showing. “We enjoyed our ninth consecutive quarter of comparable restaurant sales growth for all of our core domestic concepts,” said chairman/c.e.o. Elizabeth Smith.

Those numbers are even better when you look at them in the context of the overall restaurant business. While growth has been plentiful in the fast casual segment as of late, it’s been hard to come by in full-service casual dining. That’s one reason analysts on the Bloomin’ Brands call wanted to know where the company’s future growth was going to come from.

Smith cited several initiatives Bloomin’ Brands has in the works.

One is to build out its Bonefish and Carrabba’s concepts. Currently, there are 152 Bonefish location and 231 Carrabba’s. “We are recommitted to new unit development after curtailing expansion from 2009 to 2011,” Smith said.

She noted that while Bonefish Grill and Carrabba’s Italian Grill are well-established brands, they are de facto regional chains at the moment. Each concept’s units are concentrated in the southern and eastern part of the country. She said the company sees significant potential to expand both concepts in top 100 markets located elsewhere in the U.S.

The number-one growth priority is Bonefish, where the goal is to double the number of units. Bloomin’ Brands expects to add 19 new Bonefish stores in 2012, and increase the number of Carrabba’s units by 14-17 units over the next two years. Renovating existing Outback Steakhouse stores will also be part of the mix.

A second thrust is to focus on building non-weekend dinner business across in the company’s core concepts. That means Saturday and Sunday lunch at Outback and Carrabba’s, already available at some locations of each chain. At Bonefish, 60 percent of its units offer Sunday brunch now, with that number expected to increase to 75 percent by the end of the year.

Bloomin’ will continue to use limited time offers, such as Outback’s current four courses for $15 deal, across its concepts. Smith told analysts the company expects to field between five and seven LTOs per concept in 2012. “It’s the right amount for us,” she says.

The company’s biggest issue going forward may turn out to be food costs. A question about effects of the drought drew a response that the company expects beef prices to rise 10 percent while other commodities could go up four to five percent. We’ll keep a close eye on future Bloomin’ Brands quarterly numbers to see how well they handle this challenge.