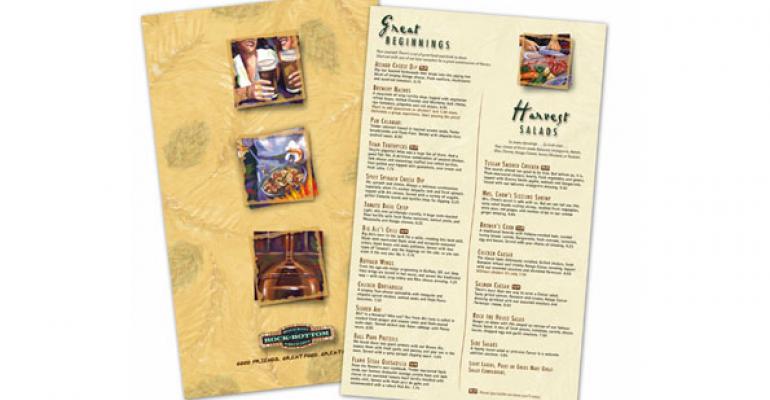 Time to tweak your menu mix

Yes, the National Restaurant Association predicts that 2013 restaurant industry sales will be flat. But they don’t have to be flat for everyone. There’s growth to be had for operators whose menus are in synch with the purchasing behavior of economy-minded customers, who now order fewer entrees and desserts—but more appetizers and side dishes—than in previous years. Focus on these latter two categories if you want to boost revenue this year.

That’s the takeaway from new data distilled by research firm GuestMetrics from its proprietary database of 250 million recent table-service restaurant and bar transactions. The company’s analysis helps explain why operators have seen such tough sledding as of late. Customers still come to restaurants as before; they simply order less food than they once did.

“To get a better understanding of what drove the decline in the number of food items ordered during 2012, we analyzed the specific types of food being sold,” says Peter Reidhead, v.p. of strategy and insight for GuestMetrics. “The main culprit of the decline was entrees and desserts, which account for 52 percent and six percent of all food items sold, respectively. In 2012, entrées declined by -1.5 percent and desserts by -2.3 percent. On the flipside, our data indicates that sales of appetizers and sides, which account for 29 percent of food items sold, increased 2.8 percent in 2012.”

What to do? Here’s where the menu-tweaking comes in.

“Given the slow-growth environment and shifts in consumer behavior, it’s more critical than ever that restaurant operators align their menu offerings with the latest consumer trends,” says Brian Barrett, GuestMetrics president. He cites four items that were the fastest growers in the appetizer category: chicken wings, oysters, ribs and empanadas.

However, be careful when redoing your menu. The POS transaction data shows that not all entrees were in decline: steak, burgers and pizza were ordered with the expected frequency. The falloff came elsewhere. “The decline was driven almost entirely by the long ‘tail’ of over 5,000 less-prevalent entrees that we track in our database,” Barrett says. This suggests “there may be an underlying shift taking place in consumer preference to more mainstream entrees.”

The upshot: operators may want to think about trimming the entrée section of their menu and blowing out their starter and side dish lists when they rework their menus this year.