Isaac Kek, left, Namo sous chef, and Jorge Dionicio, the restaurant’s executive chef, break down a 130-pound bluefin tuna flown in to the Dallas restaurant from Osaka, Japan, earlier in the day.

Namo introduce its new omakase menu with such dishes as tuna sashimi with ponzu sauce.

Guests were able to see the tuna preparation from fin to finish.

Guests had the opportunity to see what labor goes into the preparation of their sashimi.

Namo executive chef Jorge Dionicio led guests through the breakdown of their meal, including tools from knives to culinary saws. 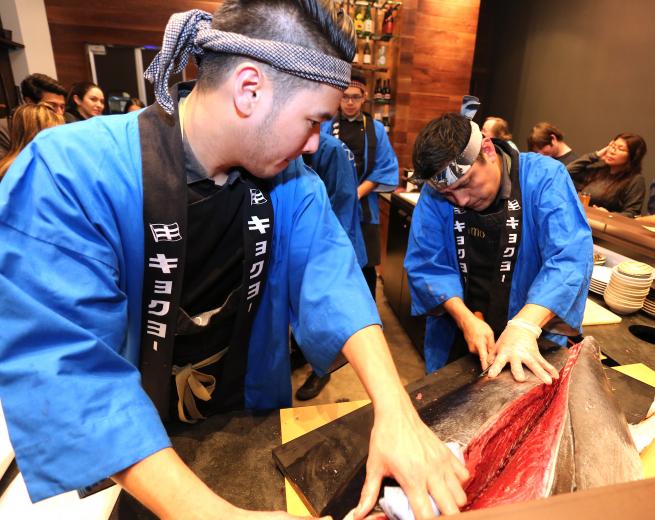