Alon Shaya developed this dish for his new restaurant, Miss River, at the new Four Seasons New Orleans, based on the homey staple made with oysters and spinach stuffed into a puff pastry and enjoyed at the city’s JazzFest. Shaya updates them and makes them suitable for the fine-dining restaurant by adding lemon zest, bay leaves and ginger as well as caramelized locally grown shiitake mushrooms and a splash of sherry vinegar. That’s all spooned into puff pastry shaped with the ends crossed in the classic style of French haute cuisine, but the pastry itself is made from freshly milled whole wheat from the Carolinas.

At Wicked Jane in New York City, chef Zod Arifai does this take on the signature pasta dish, but uses a roasted onion instead of noodles. He roasts the onion whole and unpeeled, then lets it cool, peels it and slices it to resemble pasta. He makes a sauce of sautéed onions, water and pecorino cheese, puts that in the bottom of a bowl, layers the onion on that, puts more sauce on top and garnishes it with onion froth (made by aerating cooked and puréed onion) and shaved black truffle.

At Vestry in New York City, chef and owner Shaun Hergatt gets zucchini blossoms from Satur Farms nearby on Long Island and stuffs them with a mixture of shrimp, ginger, chives, chervil, egg whites and a little cream. That’s steamed for five minutes and then served over corn and zucchini and garnished with a frothy sauce of white wine, ginger and saffron, as well as some of the zucchini blossom.

The Duplex is a new restaurant in Logan Square in Chicago that plans to rotate the menu with different chefs from different restaurant every six months.

David Rodriguez of Lime & Radish is one of the chefs-in-residence at the moment (the other is the crew from fried chicken sandwich concept The Kluckerz) and he makes this dish for which a crunchy corn tortilla is topped with requeson — a type of Mexican cottage cheese — and mixed greens with lime, salt and pepper. That’s topped with beer-battered and fried maitake mushrooms, avocado mousse with garlic and paprika, tempura fried shaved almonds and radish slices.

At Premiere on Broadway in Somerville, Mass., chef Dan Bazzinotti makes light gnocchi out of potato and 00 wheat flour, boils them and tops serves them in a sauce of butter, corn and pasta water topped with smoked ricotta cheese and grilled beef heart, a specialty from Peru, in honor of his wife who comes from that country. 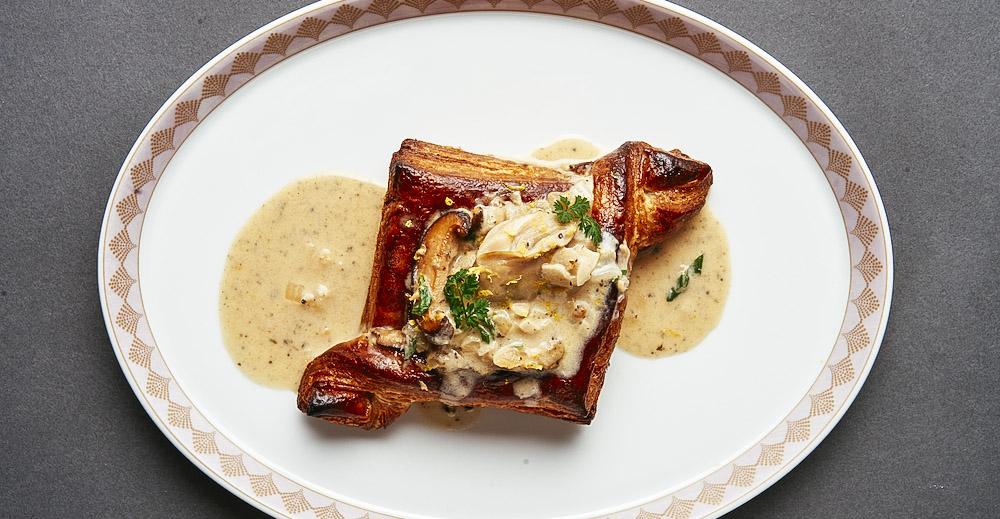 Next Up
MenuMasters: Trend-setting dishes from across the country
Start Slideshow ›