New on the menu: Goat cheese fudge and mushroom scrapple 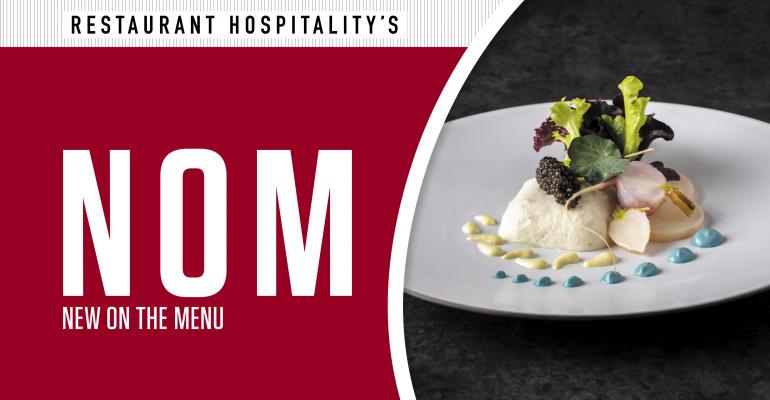 It just so happens that cauliflower and caviar go well together, according to Lewis Butler, the executive chef of Henry’s Coastal Cuisine in Huntington Beach, Calif. So he spoons some of the farm-raised sturgeon eggs on a sort of savory panna cotta made with cauliflower and goat cheese, which he calls “fudge” because it’s dense and creamy.

Another great flavor combination is the pork, pickles, Swiss cheese and mustard that make up the classic Cubano sandwich. How do you improve it? By breading it and frying it, obviously, which is what chef Steven Acosta does at Mehzcla in Miami Beach, Fla. Don’t want too much fried food? Don’t worry: He serves it as bite-sized croquettes.

In New York City, at chef John Fraser’s restaurant Iris, which specializes in the cuisine of the Aegean Sea, mixologist Sergey Merkulov is taking an important fruit of the region, pomegranate — which in Greek mythology is what Hades fed to Persephone, trapping her in the underworld for half of the year and making her mother, Demeter, so sad that she invented winter — and combining it with summery melon liqueur, herbaceous Benedictine and springtime rhubarb bitters to create a trans-seasonal cocktail that has proven to be a big hit.

Bone Marrow continues to be a popular and eye-catching item at menus across the country, and this week we look at one glazed in oyster sauce at Daily Gather in Houston.

And finally, at Heirloom in Lewes, Del., the team takes the pork scraps out of the local meat loaf variant known as scrapple, and replace it with pretty local mushrooms.