New on the Menu: A fish breakfast sandwich and cherry blossom-inspired crudo 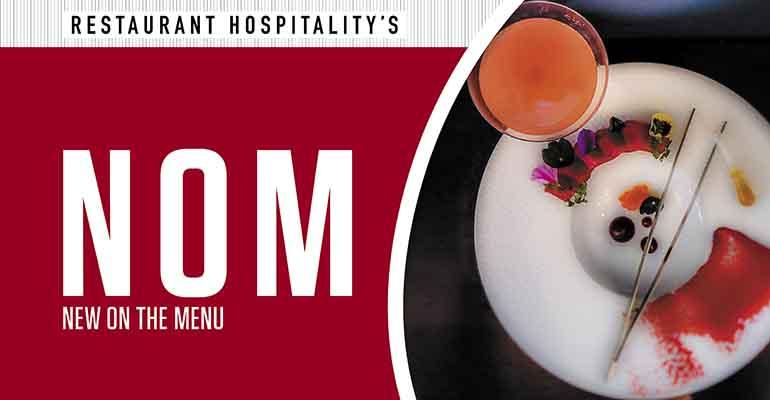 Washington D.C.’s annual cherry blossom festival, celebrating the blooming of trees that were gifted to our nation’s capital by Japan’s capital, Tokyo, in 1912, is being celebrated at the modern Italian restaurant Modena with a crudo and a cocktail that draw inspiration from Japanese cuisine and also use the beautiful and fragrant flowers as an ingredient.

In Boston, Bistro du Midi has reopened and chef and partner Robert Sisca is marking the occasion by telling us how he keeps his halibut moist. Nearby, in Cambridge, Mass., Michael Scelfo is treating dine-in customers with a garlicky flatbread that surrounds milted Zimbro cheese.

On the West Coast, fish can be used in breakfast sandwiches, too, especially during Lent, which is why chef Kathy Casey is putting Alaska Pollock fillets on potato buns.

Meanwhile, in New York City, chef Julian Medina has opened Kuxé a restaurant that celebrates the small-town cooking of Mexico, such as the corn cake topped with refried beans cooked with hoja santa and avocado leaves that we’re featuring in this installment of New on the Menu.