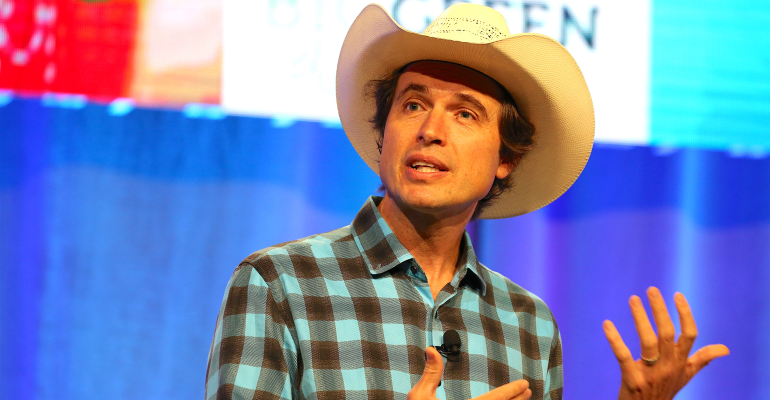 Kimbal Musk to operators: ‘America is hungry for connection’

In the final keynote at MUFSO on Wednesday, Musk described the challenges of growing a casual and accessible concept serving “real food” with local ingredients — one that also serves as a gathering space — while meeting growing demand for delivery and to-go options.

Musk’s casual Next Door concept has seven locations with an eighth scheduled to open in Denver on Thursday. The concept is an off-shoot of Musk’s farm-to-table concept The Kitchen Bistro, which debuted in Boulder, Colo., in 2004 with chef Hugh Matheson.

The brother of tech mogul Elon Musk, Kimbal Musk had established himself as a tech entrepreneur in the 1990s, which he now describes as “a detour.” Kimbal Musk later studied at the French Culinary Institute in New York. He first realized the power of food as a way to connect communities when he volunteered to feed the fire fighters in the immediate aftermath of 9/11.

But his goal was to build a restaurant concept that would serve as an alternative to the “industrial food” that he felt consumers no longer trusted, and instead build direct connections to local farms. That led him to open The Kitchen in Boulder, which he described as a hit. He also launched a program that builds schoolyard gardens to help teach children about growing fresh food. 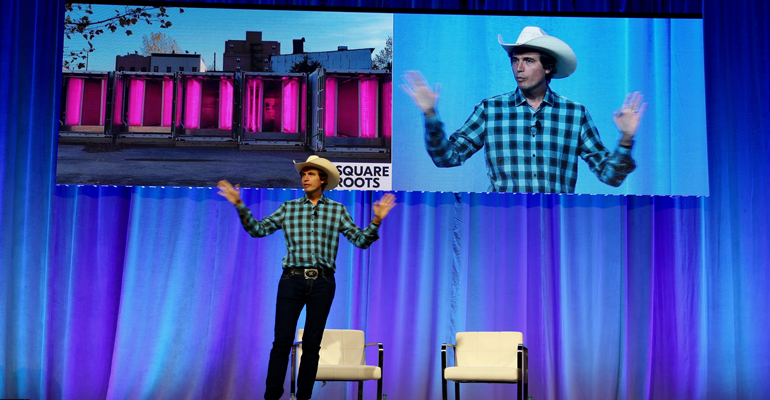 At the time, The Kitchen seemed impossible to scale, he said.

Later, a skiing accident that left him temporarily paralyzed drove him to rethink how he could bring locally raised, nourishing food to the masses, and Next Door was born.

Now with units in Tennessee and Indiana, in addition to multiple locations in Colorado, Next Door has locations opening with sales of up to $1,500 per square foot, with units at around 3,500 square feet.

Musk’s goal is to fill in the heartland of America. A unit is scheduled to open in Cleveland next month, and in Vernon Hills, Ill., in early 2019.

The concept is designed to be fun and energetic, with large bars and an environment welcoming to families and those with allergies or who are gluten free. As the concept has evolved, restaurants are being reworked to accommodate growing demand for delivery and to-go orders, while still serving as a community gathering space, he said.

The menu includes burgers with locally raised beef, but also half beef/half mushroom burgers, salmon burgers and now the Impossible Burger for vegans.

“It’s critical to have everyone happy and comfortable. We’re going back to being a gathering place where we can connect with friends and family,” he said. “America is hungry for connection.” 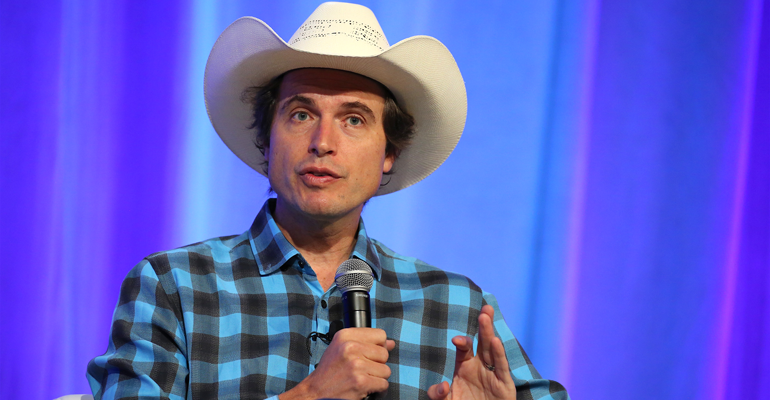 But Next Door does not use the word “healthy,” which Kimbal Musk said “is not a sexy word.”

Instead, the concept focuses on what is “nourishing,” he said. “You can eat healthfully, but it turns off a lot of our customers who don’t want to be preached to. Kale chips, which are super nourishing, are deep fried and there’s oil and salt. You can’t really call that healthy, but you can call it nourishing.”

But while Kimbal Musk has built good relationships with farmer/suppliers in Colorado, the challenge is finding local ingredients as the chain grows. To support that effort, Kimbal Musk also founded an urban farming company offering shipping-container growing systems that can produce fresh greens, for example, that are truly local.

The Next Door in Indianapolis, for example, will eventually be able to get ingredients like arugula locally from one of those urban farms, he said, though now the restaurant has to bring arugula in from California during the times of year that it isn’t grown in the Midwest.

Kimbal Musk said one of the biggest challenges facing the industry is real estate. He sees a trend of landlords turning retail centers into restaurant hubs, but he warned restaurant operators to be careful about moving into “a sea or an ocean of restaurants.”

“You might have a place with one retailer and 25 restaurants. That’s a structural issue that all of us have to be careful about,” he said.