With the tagline “Better For All,” Honeybee Burgers — which just opened on May 1 in Los Angeles’ Los Feliz neighborhood — is just as much about raising awareness about carbon emissions as they are about serving plant-based burgers.

The 500-square-foot quick-service restaurant operates under a grab-and-go format, with both Impossible and Beyond Burgers on the menu for around $9 per burger, or $13 for a double. The entire menu is vegan, with animal-free toppings including non-dairy “cheeses.” Coconut milk-based milkshakes are available, too. Honeybee’s signature side is sweet potato “frots” — fries mixed with tots.

This meat-free quick-service restaurant has been around since 2012 — long before the new generation of meaty veggie burgers came along — but the five-unit chain is planning a major expansion, with three locations set to open later this year in Pennsylvania and Washington, D.C.

HipCityVeg serves burgers made from Beyond Meat patties, along with house-made ingredients like pulled “steak,” smoked tempeh, grilled portobellos, and tofu for an average check of $15. The menu also serves vegan “Chick’n” sandwiches topped with ingredients like avocado, chipotle crema, and ranch dressing, as well as salads, and vegan milkshakes.

And despite an increasingly crowded market, CEO Nicole Marquis and the HipCityVeg team are not worried about the competition.

“We're so excited to know that the plant-based wave is really taking off,” a HipCityVeg representative said. “The fact that other, larger chains are taking on this idea just means that our goal for a healthier, more sustainable planet is getting closer.”

After two years of operating as a concession stand at entertainment venues, Burger Patch just opened its first brick-and-mortar location on May 4.

The quick-service concept is just 750 square-feet and is designed for a grab-and-go experience. Owners Phil and Danea Horn look forward to meatless burgers becoming more mainstream.

“We expected this to happen, and even though it’s happening sooner than we expected, it adds more visibility and acceptability to our cause,” Phil Horn said.

This hole-in-the-wall, 10-seat vegan quick-service restaurant opened in 2017 with one restaurant, and a stand at the New York Mets’ Citi Field stadium.

With menu options like the crabby patty made with imitation crab meat and jalapeño tartar sauce, fried “Drumstix,” and vegan macaroni and cheese for an average price of $10 per sandwich, Marty’s V Burger serves a variety of burger patties, including house-made ones and a Beyond Burger.

“We are proving that good tasting food can be served fast at a lower price point,” owner Marty Krutolow said. “This opens the market up to a segment [of the population] which might not be able to avail themselves of this food. … We are not financially driven to capture a new market segment, although money never hurts, but we are part of that market.”

Although many vegan spots are taking advantage of the success of Beyond and Impossible burgers, Eden Burger makes its own patties from lentils, sunflower seeds, rice, oats, and mushrooms for an average check of $18 per customer.

This fast-casual concept was co-founded in 2017 by entrepreneurs Chad Goodwin, Sebastian Kovach, and Alex Raabe. Their menu is grounded in plant-based burgers, fries, and milkshakes, but they also serve mozzarella sticks made from Follow Your Heart vegan cheese substitutes, tempeh “chicken” nuggets, and a bacon, egg and cheese bagel made from tempeh bacon, Just Egg and Follow Your Heart cheese.

Eden Burger is 900-square-feet with a shared outdoor patio space. 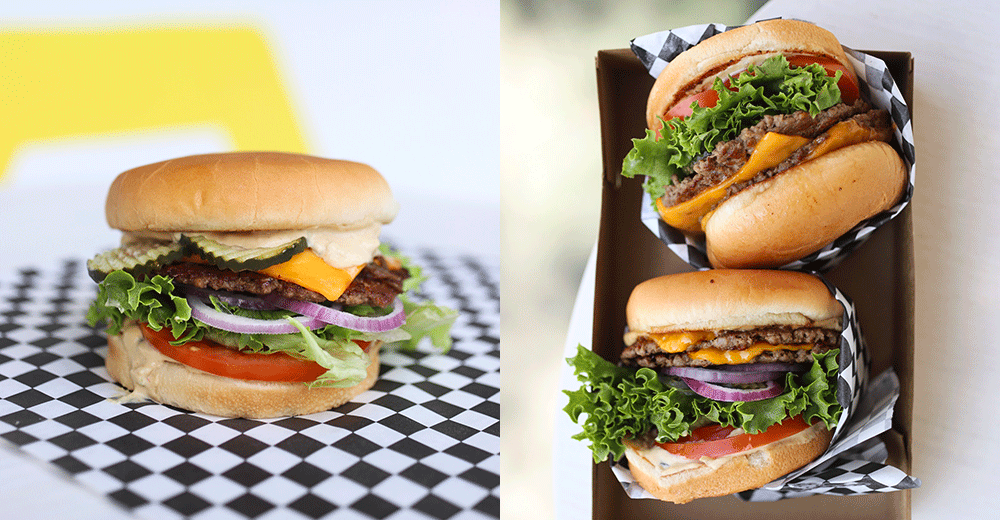