From Impossible and Beyond, plant-based burgers are taking over the world 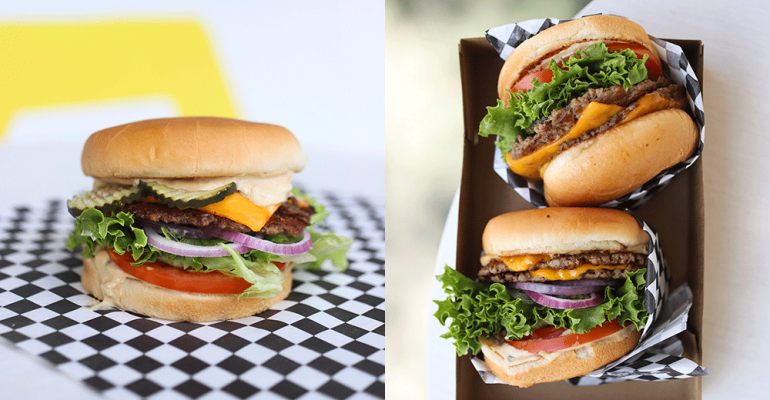 The humble veggie burger has never been so buzzworthy. Since introducing the world to the I-can’t-believe-it’s-not-meat vegan burger patty, Impossible Foods and Beyond Meat have taken the restaurant industry by storm. The Impossible Burger can now be found on mainstream menus like Red Robin, White Castle, and some Burger King locations. Beyond Meat went public earlier this month in an IPO of $25 per share that has since more than tripled.

According to recent market data from The NPD Group, shipments for plant-based proteins have grown by 32% over the past two years, and the vast majority, 86%, aren’t identified as vegan or vegetarian.

“This plant-based protein growth is not anti-meat, it’s pro-protein,” Darren Seifer, food and beverage analyst at The NPD Group, said. “These burgers are now showing up on mainstream restaurants because it really does taste like a burger. In the past with veggie burgers, you knew what you were getting into and didn’t expect a meat flavor. Now you don’t have to give up the taste while still eating less meat. Americans want more choices.”

Although the popularity of Beyond Meat and Impossible Burger has recently spread to national quick-service chains, the roots of these new plant-based patties are in independent restaurants and smaller chains.

We’ve rounded up six of the most popular vegan and vegetarian burger concepts — from restaurants that have just opened their doors, to veterans looking to expand — that are benefitting from the runaway success of new plant-based “meat” products. While some of these spots choose to serve Impossible Burgers, Beyond Burgers, or a mix of the two, others make their own meatless burger patties.