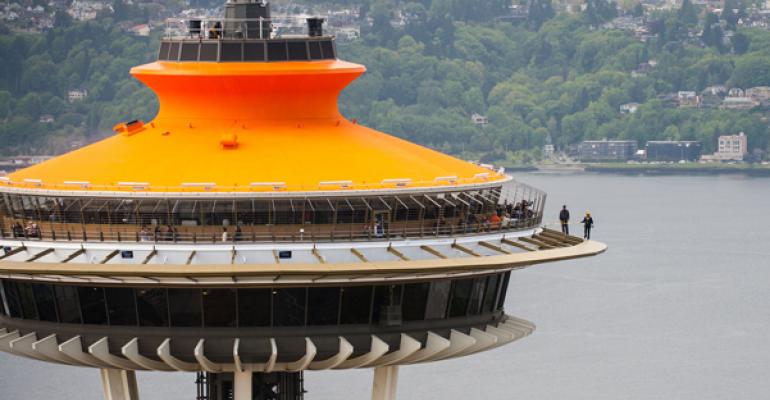 The Seattle Space Needle’s 50th anniversary will be celebrated in high style at its SkyCity restaurant located at the 500-foot level. The month-long May promotion puts a new spin on the event with its “fresh from the past” menu.  The five-dish tasting menu is priced at $62 (a nod to 1962, the year the Space Needle opened) and features dishes by iconic Seattle chefs who rose to prominence in the decades they represent. Proceeds benefit the favorite charity of each participating chef.

Back in 1962, the Seattle Space Needle’s restaurant was only the second revolving restaurant in the world. Originally named Eye of the Needle, today’s SkyCity restaurant features a rotating14-foot ring next to the restaurant’s windows.  Here’s what Space Needle fans will be eating—five specialties created by five chefs, representing the five decades that the Space Needle has been in existence:

Flavor of the Week: Purple cabbage adds a colorful crunch to menus
Mar 21, 2020