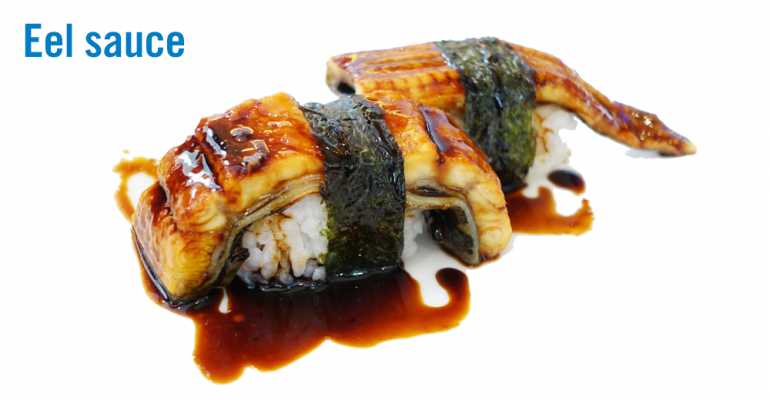 Start Slideshow ›
The condiment is commonly used in Japanese cuisine

Eel sauce, also called kabayaki sauce, is a thick, sweet-and-salty sauce made with soy sauce, sugar and mirin. It is commonly used in Japanese cooking as an accompaniment to eel and other long, scale-less fish, either in sushi or non-sushi preparations. It’s adoption among consumers is still somewhat low — only 10 percent of the population has tried it — but it’s being incorporated into more dishes in U.S. restaurants. Its appearance on menus has grown 22 percent over the past four years.