Flavor of the Week: Calamansi, the aromatic citrus of the Philippines 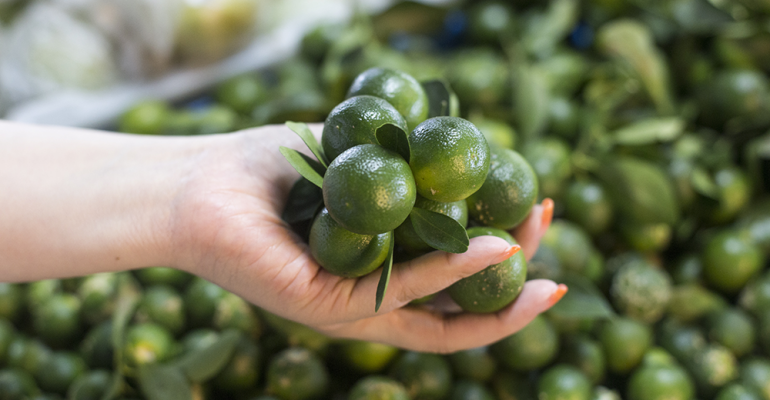 Calamansi is a citrus fruit mostly grown in the Philippines that has long been used in the West as an ornamental tree, usually under the name calamondin. But the juice of the fruit has caught on in the United States over the past 20 years as an element in cocktails, desserts, sauces and marinades.

The sour, aromatic fruit is believed to be a natural hybrid of the kumquat, and is used as a sour element in Filipino, Indonesian and Malaysian cooking. It is also used in the Philippines to make a drink similar to lemonade.

Before its current spate of popularity in the U.S., the fruit of the ornamental calamansi trees was used in marmalade.

Market research firm Datassential reports that calamansi is found on less than 1% of American restaurant menus, but the rate has risen by nearly two-thirds in the past four years.

Click through the slideshow to learn more about this Flavor of the Week.