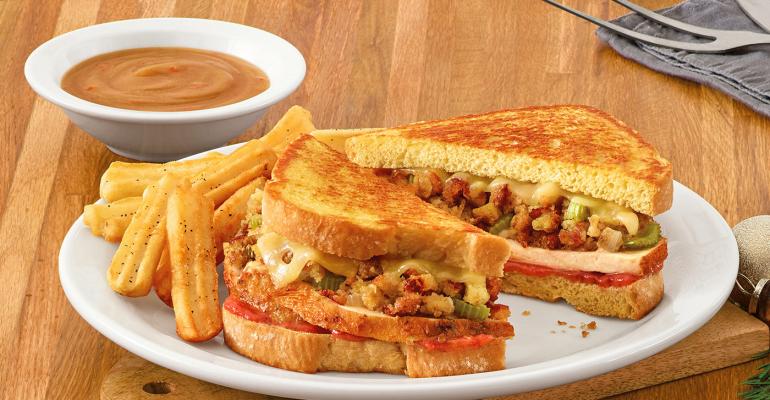 Denny’s current promotions include a nifty Holiday Turkey Melt, in which the sliced turkey breast is topped with stuffing and cranberry-honey mustard sauce, then served on grilled potato bread.
Food & Drink>Food Trends

Modern gastronomy has been irrevocably impacted by the Columbian Exchange, the introduction of foodstuffs from the New World to the Old, and vice versa. European explorers brought cattle, pigs and chickens to these shores, while they transported tomatoes, potatoes and corn back to their own.

The cranberry is another native American plant that made the eastbound voyage, valued by sailors for its scurvy-fighting vitamin C. But despite both its early exportation and its health benefits, some of the globe has remained immune to its astringent appeal. The reverse is true here, of course. As a staple in the American pantry, cranberries can provoke passion and creativity, both of which were on display at a recent cranberry smackdown, where the participants one-upped one another on ingredients and pledged allegiance to their own recipes. The unlikely setting for this debate was a Portuguese hotel, and none of the three smack-talking tourists was a professional chef. While this was an impromptu culinary exchange of an infinitely smaller and more intimate order, it spoke to the ability of the small red berry to engage and excite, and to brighten recipes both at and away from home.

It also highlighted current trends underway as they apply to cranberries.

Aunt Evie’s Cranberry Conserve. Evelyn was a stylish woman who walked to the beat of her own drum. She worked outside her home in the 1940s, at a time when most women were still cooped up in the kitchen. Since she wasn’t, Evie never became much of a cook, but when she died at 103 years of age, her cranberry conserve recipe, in which she mixed cranberries with apples, oranges, sugar and a pop of cinnamon, lived on, and was shared in the Portugal cranberry conversation by her niece.

Aunt Evie performed by instinct the flavor balancing act routinely practiced by chefs. A great example is the sophisticated, sweet-and-savory Pineapple Express Salad, a springtime special at Fresh&Co. in New York City that combines dried cranberries with charred pineapple, spiced walnuts, smoked coconut flakes and an unexpected avocado-chimichurri dressing. Denny’s current promotions include a nifty Holiday Turkey Melt, in which the sliced turkey breast is topped with stuffing and cranberry-honey mustard sauce, then served on grilled potato bread. This last is, perhaps, sly compensation for the lack of mashed potatoes on the plate. The Holiday Honeybar at 33-unit Honeygrow combines yogurt with dried cranberries, local apples, ginger snaps and maple syrup; and in a page right from Evie’s own playbook, it’s topped with house-made cinnamon whipped cream.

Marion’s Cranberry Chutney. A lawyer by training, Marion faced a tough jury at Thanksgiving dinners for her blended family. A key component was her chutney, which marries cranberries with orange juice, dark and golden raisins and cloves. It took some years for her to suss out that her polite stepchildren prefer sweet to tart, by which time her dish had won them over.

Chutney, the classic, chunky Anglo-Indian condiment, is a favorite of chefs, too. At Fire Rock Grill in Grand Rapids, cranberry chutney amps up the texture of the pan-roasted salmon entrée. The Greatful Grain, a salad on offer at Gusto Farm to Street, which has locations in the Washington, D.C., area as well as North Carolina, gets its heft from cornbread truffle stuffing and cranberry chutney. On a related note, the Cast Iron Duck, a signature at RusTeak Restaurant and Wine Bar in Ocoee, Fla., is seared in a cast-iron skillet, topped with wilted mustard greens and finished with cranberry mostarda, chutney’s Italianate first cousin. 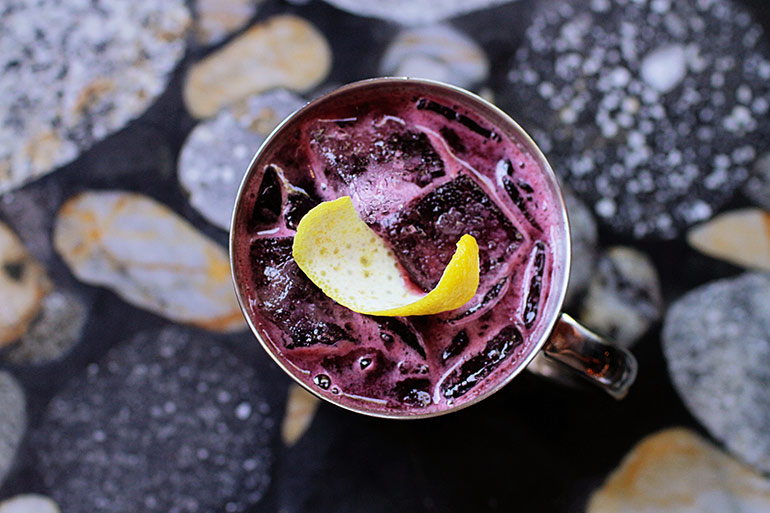 Hannelore’s Cranberry Sauce, Plus. When German-born Hannelore moved to the United States, she had to overcome not only a lack of familiarity with traditional Thanksgiving dishes, but also a dislike of turkey, dressing and most other trimmings. Luckily, she took to cranberry sauce, to which she adds her own spark with either Chambord, the raspberry liqueur, or blackberry brandy.

Cranberries are poised to conquer world markets. Per-capital consumption of cranberries domestically has increased more than 20 percent in the past five years to 2.15 pounds. More significantly, perhaps, the U.S. Department of Agriculture reports a steady upswing in demand in far-flung economies like China, South Korea and Mexico for dried, sweetened cranberries, the modern reinvention of a true American original.