Aug. 10 is National S'mores Day. See how some chefs pay homage to this campfire classic.

On the menu at the Michelin-starred Luce at San Francisco’s InterContinental Hotel is chef Daniel Corey’s deconstructed s’more with chocolate, marshmallow and smoked caramel.

Chef Jason Dady of Jason Dady Restaurant Group in San Antonio takes his campground setup to the next level when camping on the outskirts of Texas Hill Country. The James Beard semi-finalist and his kids fire-roasted a few Starburst pieces and sandwiched them in a s’more—he calls it “mind-blowingly good.”

ROKU in West Hollywood and Sushi Roku in Los Angeles present s’mores as a zen garden, with crushed graham crackers for sand, green tea and chocolate truffles, marshmallow cream and a fire in the center for roasting marshmallows at the table.

Prime & Provisions in Chicago figured out how to recreate the campfire effect with a tableside feature called Tableside S'mores. The dessert features ingredients that are included in the campfire including the smoke smell — yes, the item includes actual campfire smoke. Servers present the dessert, which incorporates graham cracker, marshmallows and even ice cream under a chocolate dome, then pour hot chocolate over all. As the chocolate melts, it releases the smoke and campfire aroma. 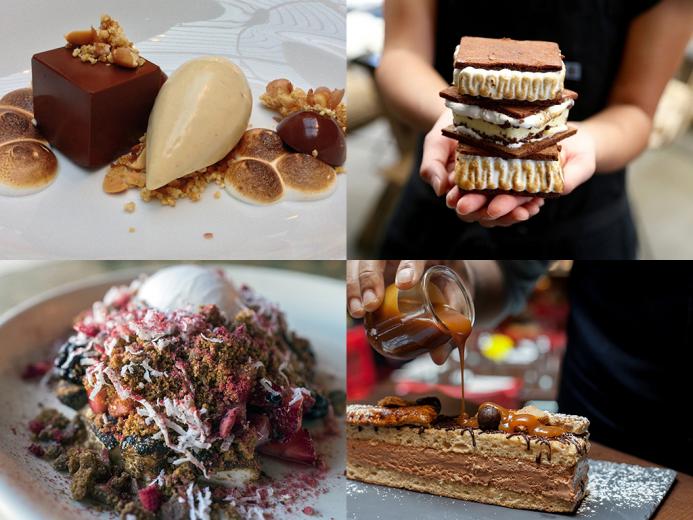