The burger chain will offer the Direwolf made with light and dark rum, triple sec, pineapple and orange juice, orgeat syrup and grenadine. In addition, all four Rhode Island locations will offer Ommegang “Hand of the Queen” barleywine and Ommegang “For the Throne” pale ale as part of its rotating drafts. All drinks will be available April 11 through April 21.

Both the Springfield, Mass., and the Providence, R.I. locations of the burger bar will offer the Mother of Dragons cocktail, made with dragon fruit-flavored vodka, triple sec and lemonade from April 11 to April 21.

The Fire & Blood, made of Campari, sweet vermouth and Johnnie Walker White Walker — a limited-edition Scotch inspired by the show — is being offered at the New York restaurant for an unspecified limited time.

New York-based fast-casual chain Shake Shack has a special offer for Game of Thrones fans at its original Madison Square Park location in New York City. Customers who order in Valyrian can get the Dragonglass Shake and the Dracarys Burger. The shake featuring mint, white chocolate and shards of toffee, is available through May 21. The burger is available through April 21 while supplies last. Shake Shack has more than 200 locations.

Available only on April 14 for the premiere, the Minneapolis-based chain with over 1,200 locations will offer the Dragon Fire sauce for its wings. The sauce mixes ghost peppers and other chiles with soy and ginger sauce. The wings are finished with a jalapeño garnish.

The Cooperstown, N.Y., brewery and taproom has several Game of Thrones themed ales and the latest one is specifically designed for the final season. For the Throne is a beer-wine hybrid with 9.5% ABV “aromas of honeysuckles and toasted grain [that] mingle with notes of pear and apricot” and flavors of “sweet malt and honeydew.” It has been available since March 8th.

Las Vegas restaurant Therapy is offering the Jon Snow, made with rum, white chocolate and orgeat and topped with whipped cream, gold spray and raspberry. It is available through April 14.

The Las Vegas restaurant and bar has introduced three specialty cocktails for the premiere — Queen of the North, Winter is Coming and Bend the Knee — available April 14 through the end of the final season on May 19. Weekly parties featuring the new cocktails will be held at the Vegas restaurant each week.

Between April 11 and April 21 the Providence, R.I., restaurant is offering The Imp, made with blood orange gin, Campari, orange liqueur and lime.

New York restaurant Junoon is no stranger to Game of Thrones cocktails — it has an exclusive menu dedicated to the show with such drinks as Winter is Coming and Mother of Dragons. The newest addition, available starting on April 14, is called Dragonglass and is inspired by the final season and includes vodka, basil-limoncello, lemongrass infused Cocchi Americano, citric acid solution and ginger beer with a garnish of angostura amaro. The restaurant will also be hosting a premiere party with tickets available for purchase for $60 to $75. 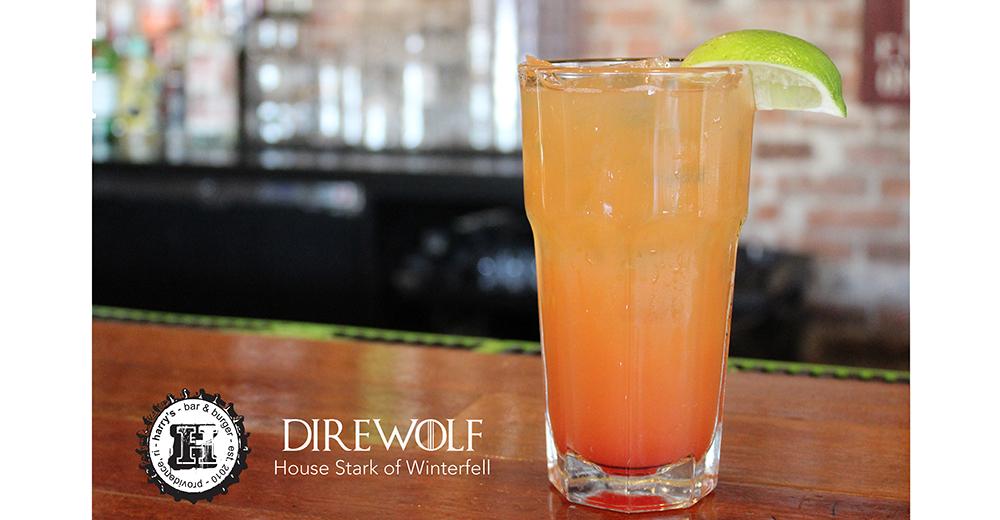