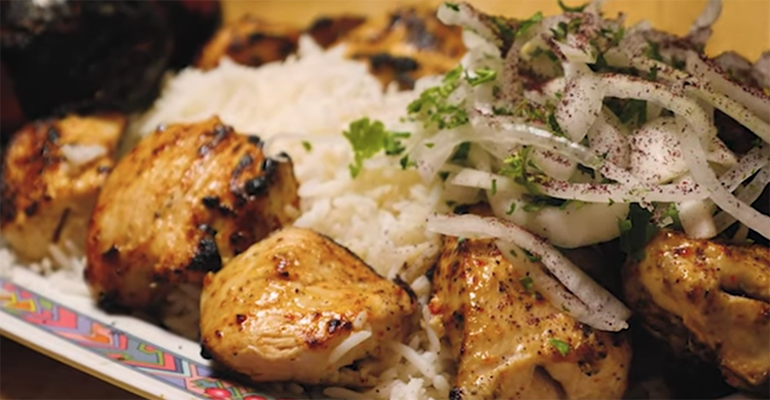 An Armenian family maintains their culture in California

In Glendale, Calif., a mom and pop shop has been serving up Armenian food for over 20 years and has no plans to franchise.

Armen joined his parents four years ago in the kitchen at Mini Kabob. He had plans to stir up more business and franchise, but soon took a shine to the community his parents created. Armen wanted the single shop to remind customers of their childhoods rather than become commodified.

The Armenian restaurant makes all of its food from scratch, from skewered meat that’s been soaked and cared for to falafels that contain Armen’s grandmother’s secret recipe from Egypt.

Play the video to watch the passionate family cook and explain their food.

New on the Menu: Restaurants get creative with delivery, meal kits and drinking games during coronavirus pandemic
May 18, 2020