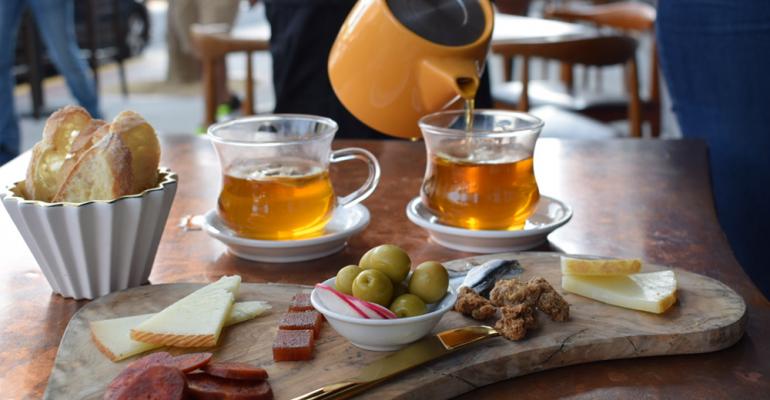 Operators focus on mid-afternoon snacks as a new daypart emerges

With more people staying at home due to the pandemic, eating schedules have shifted away from traditional lunch and dinner hours toward more mid-afternoon snacking.

According to a new report from YipitData, the period between lunch and dinner has been growing quickly since the onset of COVID-19. The report, Food Delivery Insights: Virtual Kitchens, Alternative Meats and Daypart Shifts, said the biggest shift in food delivery has been “more ordering in the mid-afternoon daypart [between 2 p.m. and 5 p.m.], as customers appear to be spreading out their meals across a larger time frame.”

“People are working from home and need a break from the house, so a little snack and a walk in the afternoon is a perfect pick-me-up to get through the day,” said Jen Biesty, chef and co-owner of Shakewell in Oakland, Calif.

The Mediterranean restaurant has seen a recent uptick in snack sales in the afternoon, including Spanish Marcona almonds, $4, marinated olives, $5, ham croquettes with roasted poblano pepper sauce, $11, and papas bravas, or roasted potatoes, with a piquillo pepper sauce, $10. 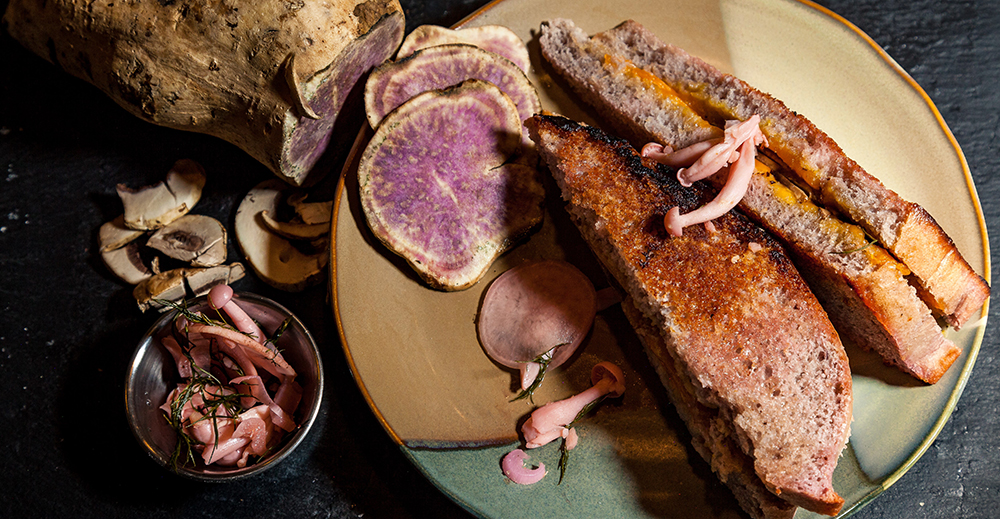 The Psychadilly Grilly, a grilled cheese and mushroom sandwich, from Snacktacular, a new snack delivery concept in Denver.

Biesty said she expects to see further interest in afternoon snacking with the reopening of the restaurant’s outdoor patio in early September.

“I think we will be busy at 3:30, when we open, with people wanting a little pick-me-up snack and drink,” Biesty said. “As they say in Spain, eat and drink a little bit, [but] often, buen provecho!”

Similarly, Canela Bistro & Wine Bar, a San Francisco destination for tapas, has seen a growing number of guests visit its outdoor dining room in the afternoon.

“People are tired of being at home and they aren’t going into the office that much, so they are looking for a distraction,” said Mat Schuster, chef and owner of Canela. “Also, it's less formal and less expensive than dinner.”

Among Canela’s best-sellers are savory bites that go with wine, like flash-fried shishito peppers, which come in orders of $10 and $20, and Spanish ham croquettes in orders of $13 to $26.

To lure mid-day snackers, the restaurant is sharing on social media its $25 Tea and Snacks offer, which includes a choice of a beverage, such as tea or espresso, and four snacks, such as bacon-wrapped dates stuffed with cheese, small sandwiches called montaditos with Serrano ham and fig jam, an East European style of biscotti called mandel bread, and mini cinnamon and sugar churro bites with chocolate.

Snacky appetizers that pair well with the beer are the big afternoon attraction at Brick Store Pub in Decatur, Ga.

The neighborhood gastropub has seen an uptick in afternoon snack and happy-hour traffic of late. During those hours the two biggest sellers are the $7 grit cakes with sausage, a Bavarian pretzel with pimento cheese for $4 and, of course, beer.

While many restaurants are seeing increased snack traffic with existing menu items, others are launching new menus specifically designed to attract the growing number of consumers inclined to eat in the afternoon.

“Our new No Brainer Deals menu items are intended as snacks, light meals, and as options to sample a little bit of everything we have to offer at Farmer Boys,” said Larry Rusinko, the chain’s vice president and chief marketing officer. 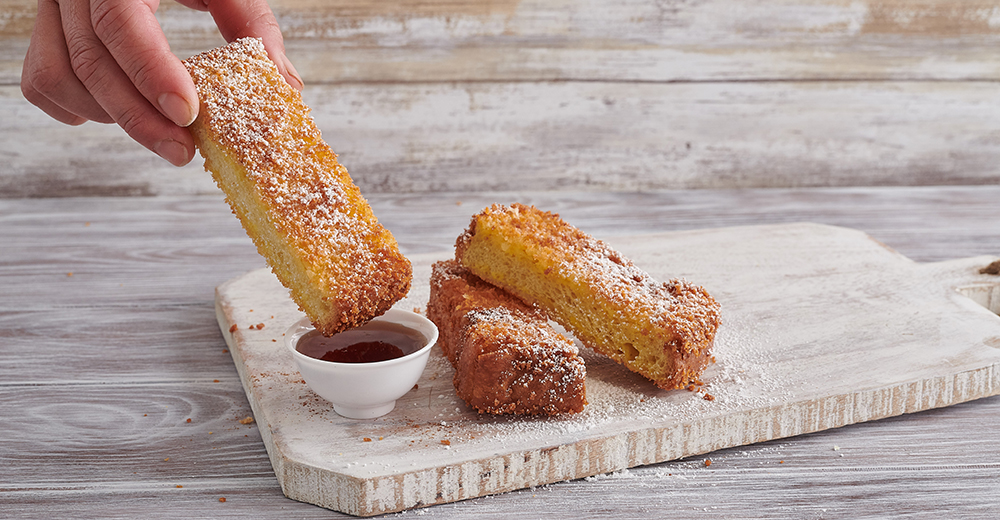 French Toast Dippers are among the new No Brainer Deals at Farmer Boys.

It’s the first time the fast-casual burger concept is offering a combination of small-bite menu items designed to be “affordable, fast, and delicious,” Rusinko said.

Among the eight new offerings are portable items such as a bacon, egg and cheese muffin, $3; Crispy French Toast Dippers, $3; Jr. Cheeseburger, $3; and Fried Chicken Dippers, $3.25.

Denver-based Snacktacular is a new delivery-only concept specifically targeted at people working from home and craving affordable foods that can be eaten as a light snack, a complete meal or munched on over the course of the day or night.

“I feel the definition of a snack has evolved over a simple bag of chips or French Fries,” said Snacktacular co-founder Lex Mendez. “A snack can mean bringing a whole pizza [home] and, well, snacking on it all night.”

Snacktacular, which launched on Sept. 7, offers a selection of elevated street foods that “You can eat at the dinner table, coffee table, or wherever you eat,” Mendez said,

The inaugural menu includes items such the Psychadilly Grilly, a grilled cheese sandwich with teriyaki-red wine sautéed mushrooms on purple bread made with ube; a chorizo gravy calzone with Mexican queso; and plate lunches, a Hawaiian version of bento boxes, with choices of chicken, skirt steak or ahi tuna served with sides such as macaroni salad made with bits of nori seaweed. All items are priced under $12 and are available for delivery Monday through Friday, 10 a.m. to 2 p.m.

“We’re offering something new and kind of fun that’s not just pizza or Chinese,” said Mendez. “You don’t have to be a big baller to enjoy a good meal.”