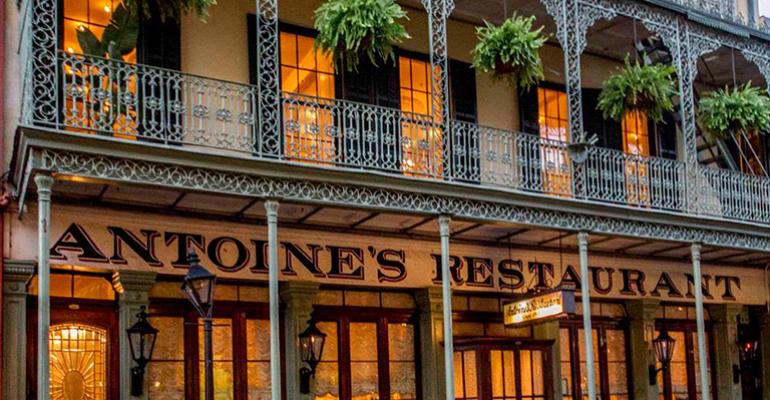 As one of the oldest continuously family-owned and operated restaurants in the country, French-Creole restaurant Antoine’s of New Orleans has a rich history that goes back almost two centuries.

Today, the restaurant is known for its 15 themed dining rooms including Mardi Gras themes and the Mystery room that dates back to a Prohibition-era speakeasy. Antoine’s was also the birthplace of numerous famous culinary dishes, including Oysters Rockefeller, Pompano en Papillote (filet of fish baked in sealed parchment), Eggs Sardou (a poached eggs with artichokes, spinach, and Hollandaise sauce), and Pigeonneaux Paradis (roast pigeon or cornish hen).

Original owner Antoine Alciatore, a French chef from Marseilles, immigrated to America in 1839 and eventually made his way from New York to New Orleans. He opened up the original location of Antoine’s in 1840 as a bed and breakfast. After a couple of decades in the business he moved Antoine’s a block away and it became a more contemporary idea of a restaurant in 1857.

“The original dining room today is very similar to what it was then — many of the chandeliers and lights are the originals, although they became electric instead of gas,” said Lisa Blount, publicist for Antoine’s and wife of the current owner. 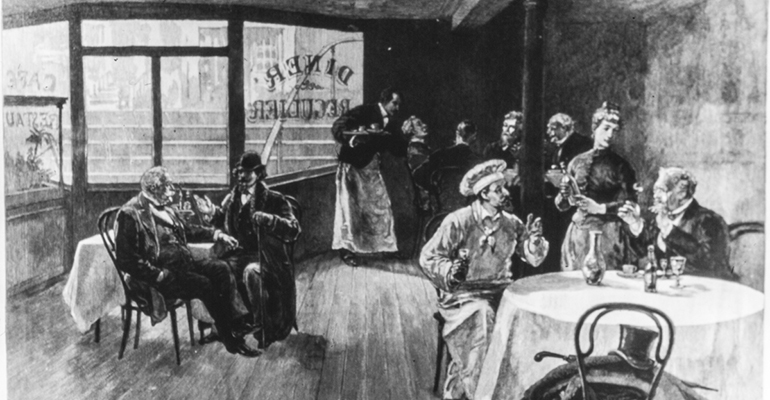 The original dining room at Antoine's.

After Alciatore contracted tuberculosis and died in the late 19th century, his son Jules took over the family business. This is the era of Antoine’s history when culinary innovation really shined. When Jules invented Oysters Rockefeller — so named because the dish was so rich (the original recipe called for 40 pounds of butter) — it was a nod to the then-wealthiest man in America.

“Jules was really talented at attracting famous people who came to town,” Blount said. “We knew that Jules was a real promoting personality; he had a booming business.” 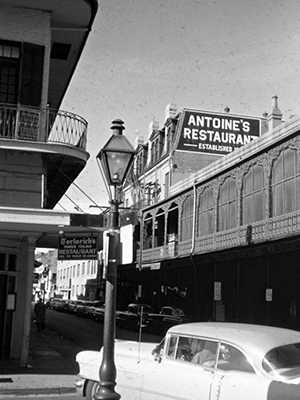 After Jules stepped down, his son Roy — who was known as a marketing genius — took over and introduced the concept of the themed dining rooms, including the now-defunct Japanese room, which was closed after World War II. Following his death and the end of the “Roy era,” other family members came in and attempted to run the restaurant exactly the way he had, but the seemingly infallible dynasty began to falter.

“In the transition from Roy to his sister’s children, there was a struggle,” Blount said. “Nothing lasts forever. It had started to diminish in luster somewhat. […] Nobody was here anymore.” 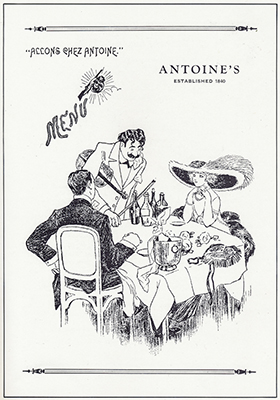 The original menu at Antoine's.

“Our dining room is different these days,” she said. “We have evolved our service style and menus. People are not going to sit around and wait for an item to be cooked for 45 minutes anymore. […] And there’s more diversity on the menu now. Some things became obsolete but now we have gumbo and crawfish. All of these classic dishes are really our heart and soul, so let’s adapt and add things from there.”

The Blount family even had to relent on Antoine’s well-known strict dress code to appeal to the modern diner that is not so buttoned up.

“There was some soul searching with what is our mission is now,” Blount said. “We had a great legacy, reputation and wonderful traditions. [….] We were like, ‘how do we adapt to cargo shorts and flip flops?’ So we decided on a middle ground of collared shirts, but in the evenings we still prefer the men to wear jackets.”