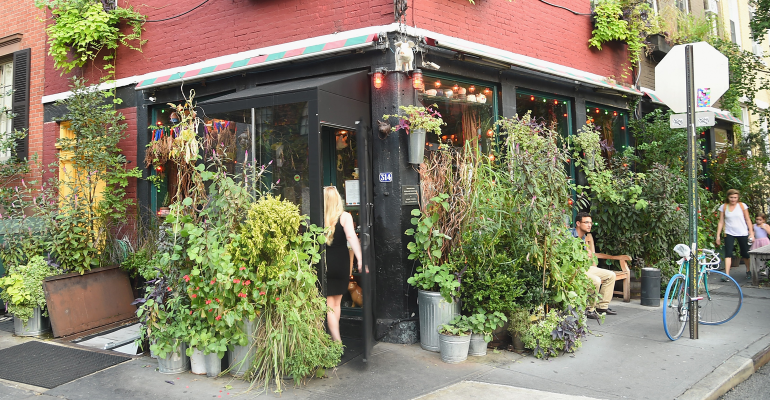 The Spotted Pig — the famed New York City restaurant and setting for the sexual harassment scandal involving owner Ken Friedman —  closed for good Sunday night, about three weeks after the sexual harassment lawsuit against Friedman was settled for $240,000 by the New York State Attorney General’s office. After the settlement — which also required Friedman to share 20% of his profits with the 11 accusers through 2030 — he left The Spotted Pig permanently on Jan. 7.

The restaurant's closure was confirmed by Friedman, who told the New York Times in a statement:

Related: Should the Spotted Pig be saved?

"For over two years I have done everything possible to keep The Spotted Pig open. I’ve been working to try to raise funds or sell my shares, in order to save the business, to continue to support our great employees — many of whom have been with us for over a decade — so they could keep their jobs and health benefits. I love The Spotted Pig and all the staff who helped make it such an iconic place. I’m sorry I did not create a sustainable work environment. Its closing is the saddest thing I’ve had to face in my professional life. I want to thank our loyal employees and devoted patrons, who have been like family."

The news of the award-winning restaurant’s closure was also confirmed by Spotted Pig employees, including chef Tony Nassif, who wrote in an Instagram tribute, “I can’t believe it’s over. This place changed the game for gastro pubs. First pub to get a Michelin star in the world and made an impact on me like no other.” 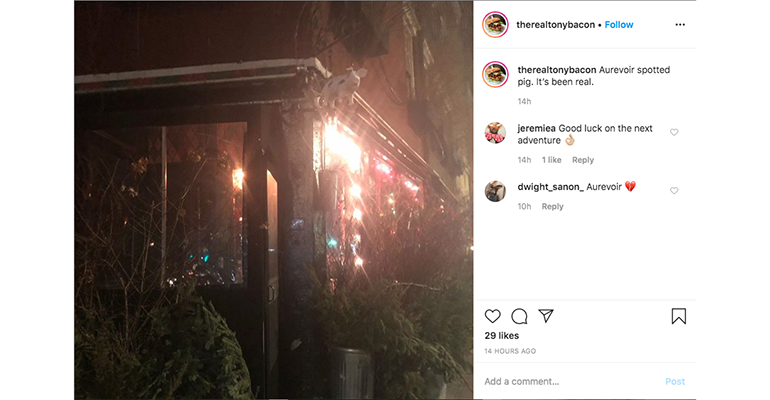 Chef Nassif clarified that the Spotted Pig employees were not aware of the restaurant's closure until the final service.

"The Spotted Pig was the only restaurant that really allowed me to make my food and had no restrictions on creativity," Nassif told Restaurant Hospitality. "Everyone worked together as a unit and we had a respect for each other like I’ve never seen before. None of us are sure on what the exact reason for the closing really is. But the Spotted Pig changed the game in the food world and it was a pleasure making my food for our amazing guests. It’s the end of an era."

Nassif declined to comment directly on the sexual harassment case against his former boss.

Michael Yi, a line cook at The Spotted Pig, confirmed the restaurant’s closure on his Instagram page, saying, “it’s been real, it’s been fun.” 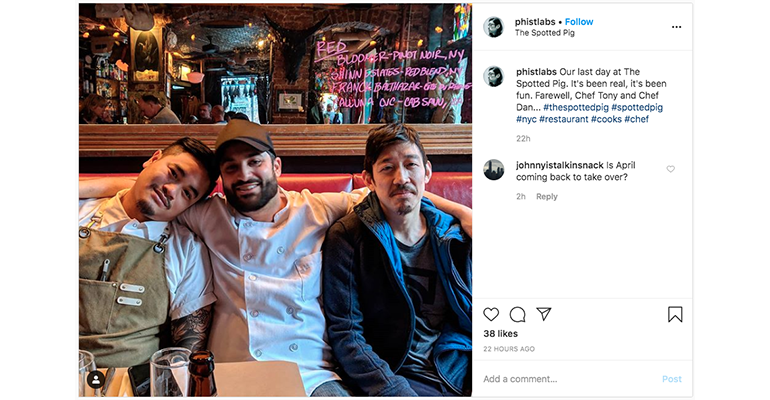 In the settlement reached last month, New York Attorney General Letitia James said that the restaurant’s management “maintained a hostile workplace” where several female employees were “subjected to severe and pervasive incidents of unwanted touching and unwelcomed sexual advances by Friedman,” including forcible kissing, inappropriate comments and gestures made toward female staff members, and pressure to send him nude photos. In the original accusations, a private party space in The Spotted Pig had allegedly been dubbed “the rape room.”

Mario Batali — an investor in The Spotted Pig — was also under investigation by the New York State Attorney General for allegations of criminal sexual assault at both the Spotted Pig and Batali's former restaurant, Babbo. The New York Attorney General announced at a Jan. 7 press conference that her office would be investigating both Mario Batali and former business partner Joe Bastianich for Batali’s alleged crimes of sexual misconduct and assault.