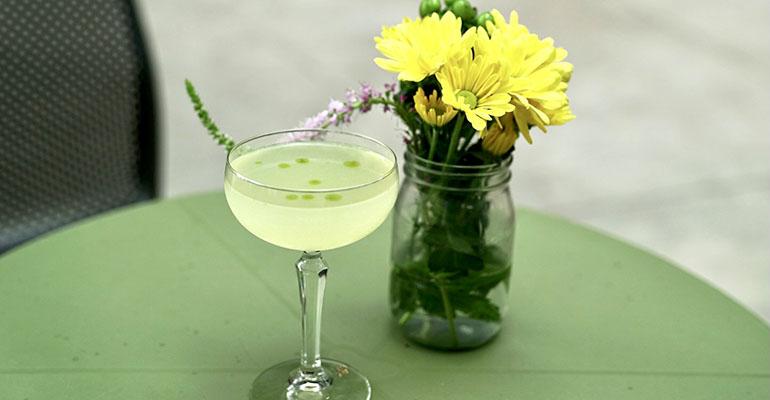 Spicy items get more complex as the genre matures

Chefs and bartenders bring more nuance to their chiles

The trend toward hot and spicy has been heating up for some time now, with consumers eating — and seeking out wherever they go — more hot and spicy food and drink.

New research from Kalsec​, a global producer of spice and herb flavor extracts, indicates that more than 50% of consumers say that they choose spicy options when dining out or eating at home, double the number from just two years ago.

Chefs and bartenders are responding to the growing desire for fire by delivering spiciness even in ingredients or dishes that aren’t typically spicy, such as bacon, cocktails and desserts.

The Nashville Hot Chicken sandwich — fried chicken coated in a spicy oil loaded with cayenne pepper — has swept the nation in recent years, but in a novel innovation, San Francisco Bay-area-based fast-casual burger concept iniBurger is cutting the heat with its new Nashville Hot Chicken and Ice Cream sandwich.

“Don’t get me wrong, our sandwich is hot,” iniBurger’s founder Abdul Popal said in a statement. “But the unique addition of a massive vanilla ice cream scoop cuts the heat and elevates the flavor in a way that sets us apart.”

“Our commitment to constantly push the envelope of flavor combinations and introduce the unexpected is what keeps diners coming back for more,” Popal said.

At Sunda New Asian, with locations in Chicago and Nashville, guests can try a literal “spin” on the spicy food trend with the new Gambler Sushi Roll. The restaurant’s signature ghost pepper sambal, a chile paste made with rehydrated ghost peppers, is incorporated into one piece of a sushi roll that’s served on a spinnable plate with a poker chip in the center. After spinning the plate, one “lucky” guest at the table gets the taste of the super-spicy sambal. 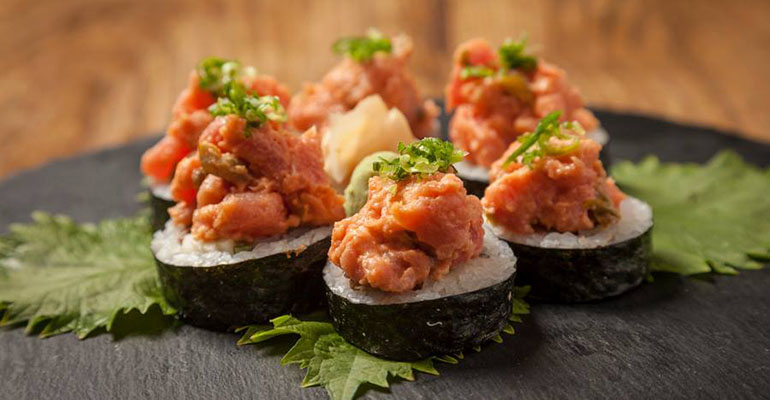 “We were intrigued by the wonder behind how hot a ghost pepper would really be, saw guests literally feeling like it was a gamble to try one or not,” said Sunda’s owner, Billy Dec. “It inspired the idea: What if we gave a whole table the interactive experience to really feel the gamble as a group, and give the vehicle a creative spin (no pun intended) to amplify the anticipation and emotional reaction to all!”

Since not all guests can handle that level of heat, the restaurant keeps shots of milk ready for anyone who needs assistance to cool down after a bite of the famously hot pepper, which researchers have ranked as one of the hottest chiles in the world.

The Gambler Sushi Roll has been a huge hit, Dec said, with guests videoing and sharing their experience, or making return visits for a chance to get back at their friends.

A host of operators are adding an unexpected spicy kick combined with sweet, smoky or sour elements to create unique, sales-driving beverages.

At Hampton & Hudson in Atlanta's Inman Park neighborhood, lead bartender Lex Valles-Armand is serving the I Wanna Get Jalapeño Business cocktail. Based loosely on a classic Margarita, it’s made with Banhez mezcal, pineapple-jalapeño cordial, lime, simple syrup and basil and is garnished with drops of jalapeño oil. Valle-Armand describes the cocktail as “smoky, spicy and slightly sweet”. 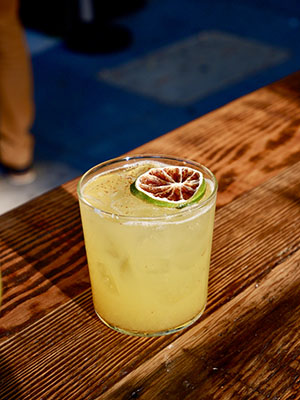 Photo: The smoky, spicy and sour Chupacabra at Curio.

The top-selling drink at Curio, a restaurant and bar in San Francisco’s Mission District, is a smoky, spicy and sour Chupacabra. On the menu since Curio opened a few years ago, the cocktail is made with tequila, mezcal, passion fruit, lime, habanero peppers, blue Curaçao, yellow Chartreuse, grapefruit bitters and cinnamon. It’s available as a single cocktail or in a growler that serves four.

Thai food is often associated with chiles, but the cuisine has many other flavor elements, too. Chao Baan, a Thai restaurant in St. Louis, offers a number of menu items that deliver smoke with their spice. One example is the Smoky Hot Thai Boi, a cocktail made with Banhez mezcal, Chile-infused Cimarron tequila and lime.