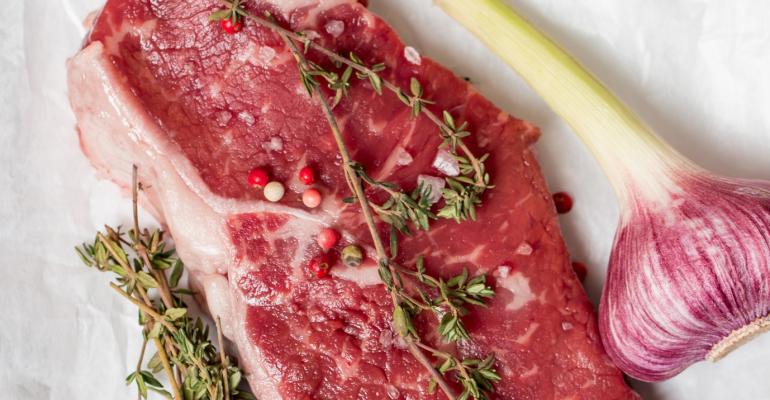 Should you worry about the grass-fed beef supply?

A recent article stoked concern, but experts are skeptical

Demand for grass-fed beef is growing: It saw a 25% to 30% annual growth rate, and sales in 2017 were $272 million. So any disruption in the product is cause for concern, including a recent NPR article that found that grass-fed cattle were fed less-nutritious grass over the past few decades in the prairie lands.

The story follows a researcher, Joe Craine, who studies cattle manure. Craine found that since the mid-’90s, levels of crude protein in plants, a source of energy, has dropped by nearly 20%.

But not everyone is on board with the method of study. In the NPR piece, Jerry Voleski, a professor of range and forage research with the University of Nebraska-Lincoln, said he favors taking samples of what cattle are eating directly from their digestive system, instead of looking at manure.

And he’s not alone.

While Buskirk is skeptical of the data procurement process, he doesn’t doubt that there could be issues with grass. “I would not be surprised if, in general, the quality of the grass is declining over time. There’s some pretty well-documented literature that the soil in the U.S. is not what we’d like it to be.”

Climate change could be one of the reasons for that decline. “Dryer summers and wetter winters, if that pans out, that will also potentially decrease forage quality and maybe more importantly, a decrease in forage quantity,” Buskirk said. “All these things stacked on top of each other, it looks as if forage quality over time may decline some and that certainly wouldn’t be a good thing for grass-fed beef.”

But Buskirk cautioned that the impact might not be widespread, as the research was coming out of one area that produces grass-fed beef, and “I’d say in these prairie areas it is more impacted,” said Buskirk. “For grass-fed beef, the Great Plains and its native forages would potentially be more impacted by protein or energy levels of grass.”

On a macro level, "the increase in demand in grass-fed beef is not causing there to be a decrease in forage production in general," he added.

Another reason retailers and operators need not panic is a majority of the grass-fed beef sold in the U.S. is imported from countries like Australia, New Zealand, Uruguay and Brazil. The climate in these countries helps produce energy-dense grasses that are ideal for grass-fed beef.

But grass-fed beef, while growing, is still a very small portion of the beef sales in the U.S., said Buskirk. “[Grass-fed beef is] gaining in popularity, but it was a pretty small slice to begin with. When you’re starting out at zero, those percentages [of growth] are pretty big.” And the small changes in protein or energy levels in grass grown for pasture or hay would have limited impact on traditional beef, he added.