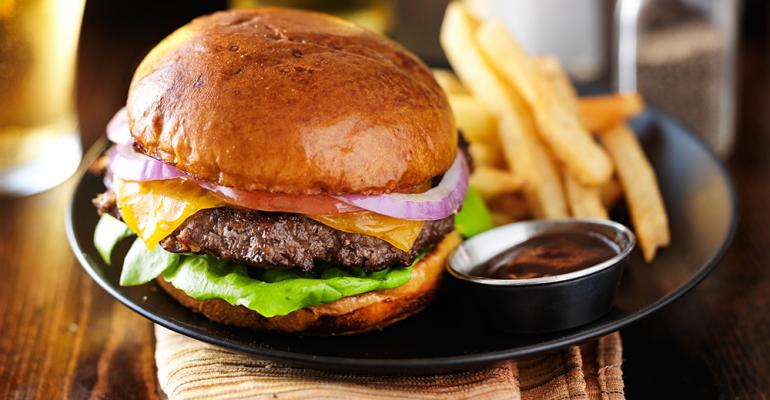 Restaurant operators should benefit from stable food costs across a number of products — particularly beef and pork — this year, according to a report from the American Restaurant Association and Wedbush Securities.

The only exception: Egg costs, which have reached record highs in recent weeks.

The findings were presented by David Maloni, president and founder of the American Restaurant Association, and Wedbush Securities analyst Nick Setyan in a Food Cost Outlook conference this week.

The cost stability should ease pressure on restaurant profit, and would likely lead to a temporary increase in restaurant offers. But don't expect operators to reduce overall menu prices, Setyan said.

Here’s are a few key takeaways from the Wedbush-sponsored report:

Beef and Pork: Supplies are up, leading to lower costs for beef and pork belly. The USDA expects 745 million pounds of additional beef supply in the second quarter of 2018 compared to the first quarter.

That’s the highest sequential uptick in over a decade, Maloni said.

“We’ve got a lot of beef coming over the next two quarters,” he added.

The widespread use of the protein means nearly all operators — from full service to QSR — could benefit, according to the report.

However, a shift toward fresh beef, versus frozen patties, particularly among quick-service restaurants could put a dent in supply. Fresh ground beef is typically sourced in North America, instead of international sources, which could drive up demand for domestic supply.

“This could put some stress on lean beef prices,” Maloni said.

Chicken: Production capacity is increasing in 2019 and 2020, which should “keep the lid” on chicken prices, Maloni said.

Dairy/Eggs:  The dairy herd is the largest it has been since the mid-1990s, which should keep commodity prices in check for dairy supplies including milk, according to the report.

Egg production, on the other hand, has shown minimal growth. As result, egg prices have reached “record highs” in recent weeks, Maloni said.

A 16.5 percent year-over-year increase in egg costs will likely hurt family-dining restaurants the most as eggs represent a larger portion of their food costs, Setyan said.